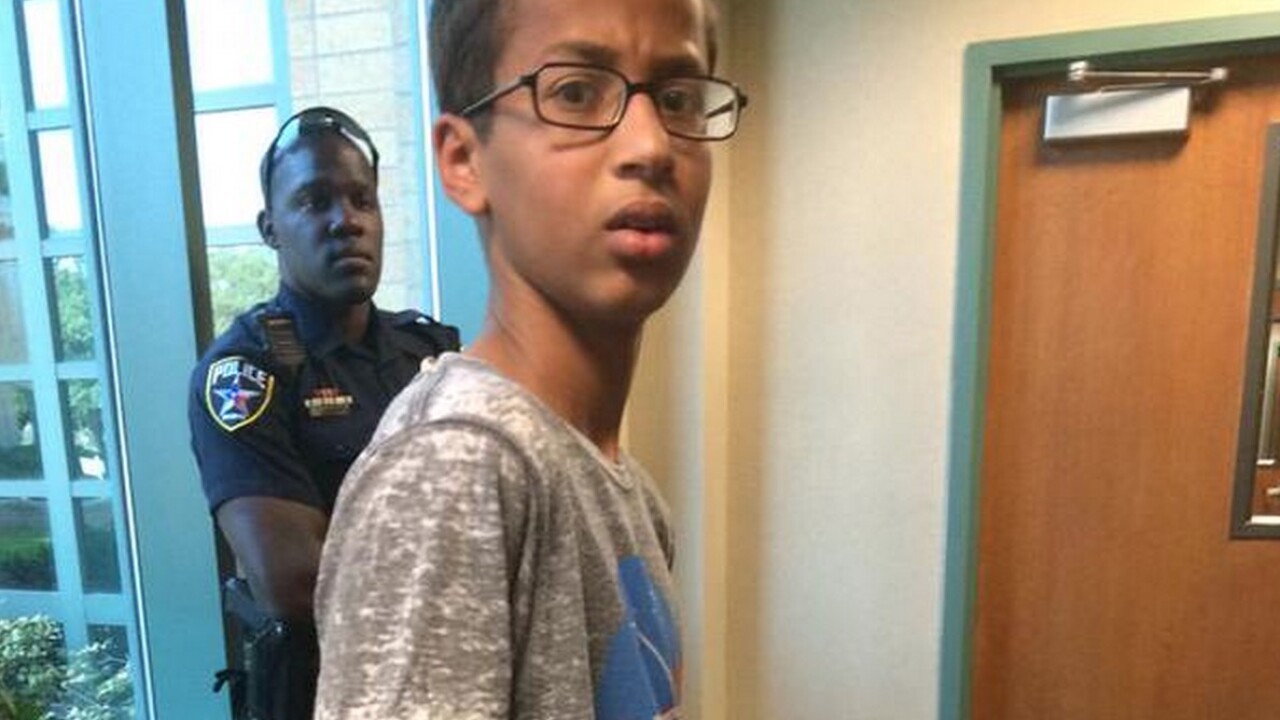 Huntsville, AL (WHNT) — Things are starting to look up for a 14-year-old student arrested earlier this week in Texas. Ahmed Mohamed is the teen who was arrested after bringing a digital clock he made to school.

Monday, the teen’s day ended not with praise, but punishment, after the school called police and he was arrested. A photo shows Ahmed, wearing a NASA t-shirt, looking confused and upset as he’s being led out of school in handcuffs.

Outrage and support have spread on social media for Ahmed through the hashtag #IStandWithAhmed. His story gained the attention of President Barack Obama, who posted a supportive Tweet on Wednesday.

Cool clock, Ahmed. Want to bring it to the White House? We should inspire more kids like you to like science. It's what makes America great.

Additionally, Ahmed may be making a trip to north Alabama. Space Camp posted a Tweet saying someone has provided a scholarship for the teen, who was wearing a NASA shirt when he was arrested. Space Camp is in Huntsville, Alabama.

Creative minds are always welcome at Space Camp, and we appreciate donors who help them come. Someone has provided a scholarship for Ahmed.

Thank you for your support! I really didn't think people would care about a muslim boy. #Thankyouforstandingwithme #IStandWithAhmed

Thank you fellow supporters. We can ban together to stop this racial inequality and prevent this from happening again pic.twitter.com/fBlmckoafU

Police say the follow-up investigation revealed the device apparently was a homemade experiment, and there is no evidence to support the perception the teen intended to create alarm. No charges will be filed and the case is considered closed.

“Obviously, we will review this as we do high profile incidents of any nature, but it evolved as it did as a matter of safety and an abundance of caution. The Irving Police Department has always experienced an outstanding relationship with the Muslim community. We recognize situations like this present challenges, but we are committed to continuing to build a positive relationship,” police said.

Irving’s police chief plans to meet with the student’s father to answer his questions and to help him understand more about how this process evolved.