Why snakes are slithering into toilets in Australia 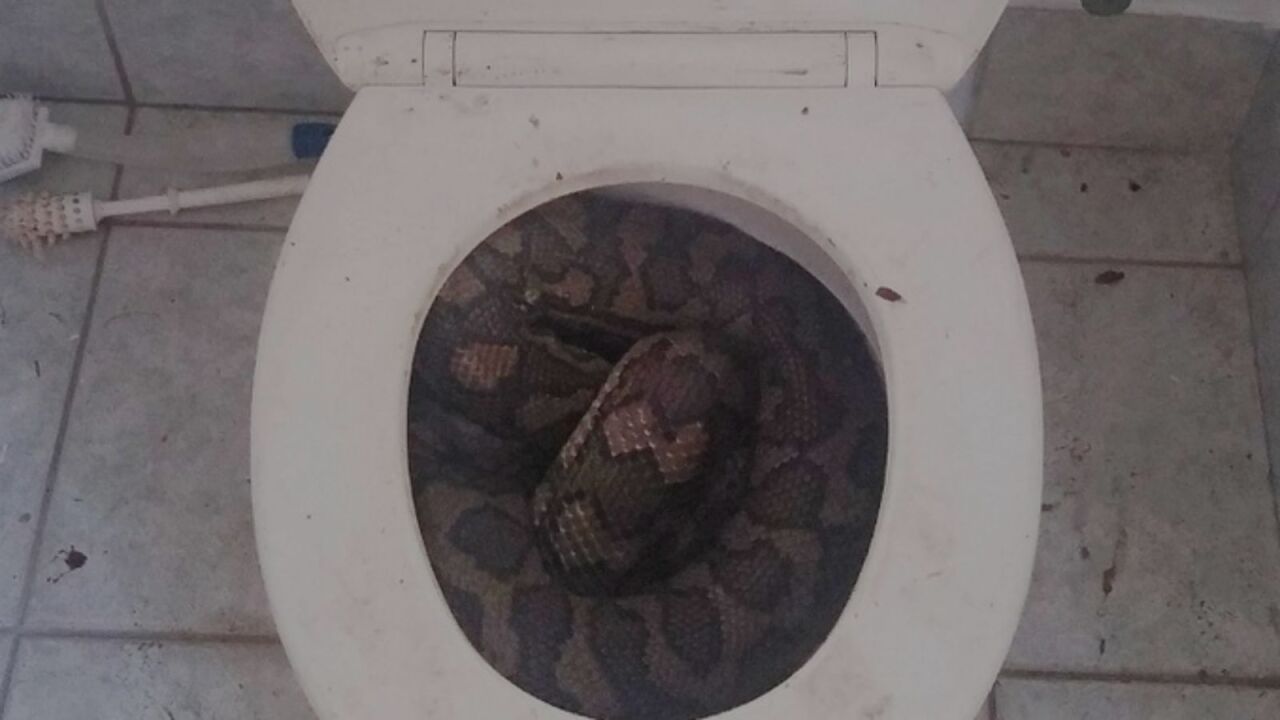 TOWNSVILLE, Australia — Imagine going to the bathroom and finding a huge python curled up inside the toilet bowl. That happened not just once but twice in the Australian city of Townsville this month.

Snake shock: Pythons up to 10 feet long are slithering into toilets in Australia http://t.co/caegIAQL2d pic.twitter.com/q4Qt2eo0Tj

Elliot Budd, who works as a snake catcher in the northeastern city in Queensland, received two calls in the past two weeks to remove snakes that had snuck their way into people’s toilets.

“The first one I got, the house was being renovated so it was a few tradesmen working there that came across it. I was definitely a bit surprised when it was in the toilet,” Budd said.

The first one was a particularly tricky case to remove as the snake had a firm grip on the toilet’s S-bend, he said. Budd finally got it out after unbolting the toilet.

When he was called in a second time for a ‘snake-in-a-toilet’ situation, he thought somebody was pranking him.

“It was on the 12th. That one the lady told me on the phone that it was in the toilet. At first, I thought maybe somebody was just having a joke after the first one. I didn’t think I’d see two of them in the toilet. The lady very much wanted to get it out,” he said.

Budd believes the snakes, both non-venomous carpet pythons, are getting through open doors and windows.

“I’m not a plumber but it’s very unlikely for them to come up through the pipes,” he said.

“I wouldn’t say it’s common but it does happen,” Budd said. “All the other snake catchers have been doing it for 15 to 20 years and some of them haven’t had one in the toilet themselves.”

As for why? Budd believe it’s the dry spell the region is experiencing right now that’s driving the animals to hide out in people’s toilets.

“It just comes down to the fact that it’s really dry right now and they’re looking for water and it is mating season right now,” he said.

“They are using a lot more energy than they normally would so they need more water. They’re non-venomous these snakes. They aren’t considered dangerous. They’re, not something to fear but it’s best if you come across them to leave them alone.”