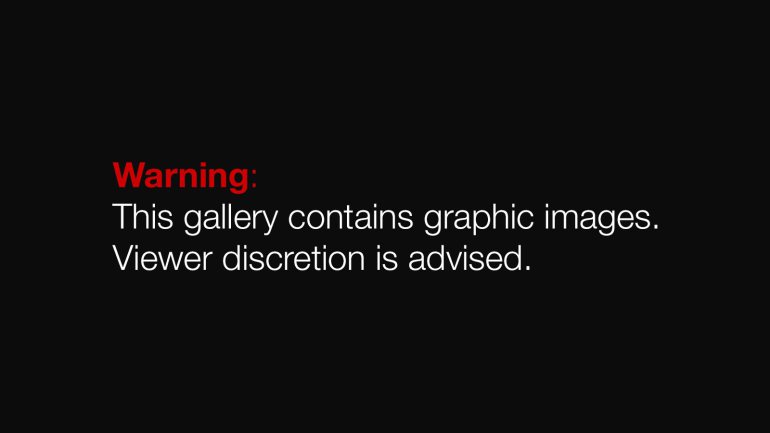 “Upon arrival, Sergeant Chris Calderon observed Dykema looking out of a broken window directly at him. Once Dykema saw Sergeant Calderon, she disappeared back into the residence,” a Hernando County Sheriff’s Office spokesperson said. “Calderon gave numerous, loud commands for Dykema to come out of the residence immediately. Dykema responded with numerous obscenities and told the law enforcement officers to ‘leave her property.'”

Eventually deputies forced their way into Dykema’s home. That’s when, police said, Dykema swung a large sword at Sergeant Calderon, “missing his face and head by only inches.”

“Having limited visibility into the residence, deputies observed a set of feet standing in the corner of the mobile home, possibly hiding under or behind a blanket. Deputies also observed a long, silver, shiny sword waving around behind the blanket. Again, deputies ordered the individual to come out with her hands up. She refused and moved towards the deputies,” the sheriff’s office spokesperson said.

One deputy fired a bean bag round from a less than lethal shotgun, but it had no effect on Dykema. When the Crisis Response Team arrived to take over negotiations, Dykema ran into a room that contained approximately 500 bladed weapons, police said.

“Dykema armed herself with an unknown number of bladed weapons and advanced toward the deputies. Again, Dykema was advised to drop the weapons and she refused. Sergeant Ken Lund deployed his less than lethal shotgun at Dykema as she continued to advance, hitting her in the abdomen and thigh. Dykema retreated to another section of the home,” the sheriff’s office spokesperson said. “Deputies were staged at the front door behind shields as Dykema emerged from behind a hanging blanket, advancing toward deputies. Dykema initially would not show her hands but subsequently did so. Dykema was ordered to turn so deputies could ensure she had no weapons behind her back. She turned as if to retreat back into the residence when Corporal Stephen Miller deployed his agency issued Taser. The Taser had the desired effect, and Dykema fell to the ground. She was quickly taken into custody by deputies on scene.”

Dykema, who was not seriously hurt, was charged with Probation Violation, Criminal Mischief, Resist an Officer and Assault on a Law Enforcement Officer.

“This person was obviously dangerous to the community. It amazes me that these deputies were able to take her into custody without anyone being injured,” Sheriff Al Nienhuis said. “It shows the level of their restraint and professionalism under very difficult and dangerous conditions. Had something gone wrong, it would be easy for critics to accuse them of moving too quickly or too slowly. I appreciate their willingness to deal with these very volatile situations. I know the public appreciates them as well.”