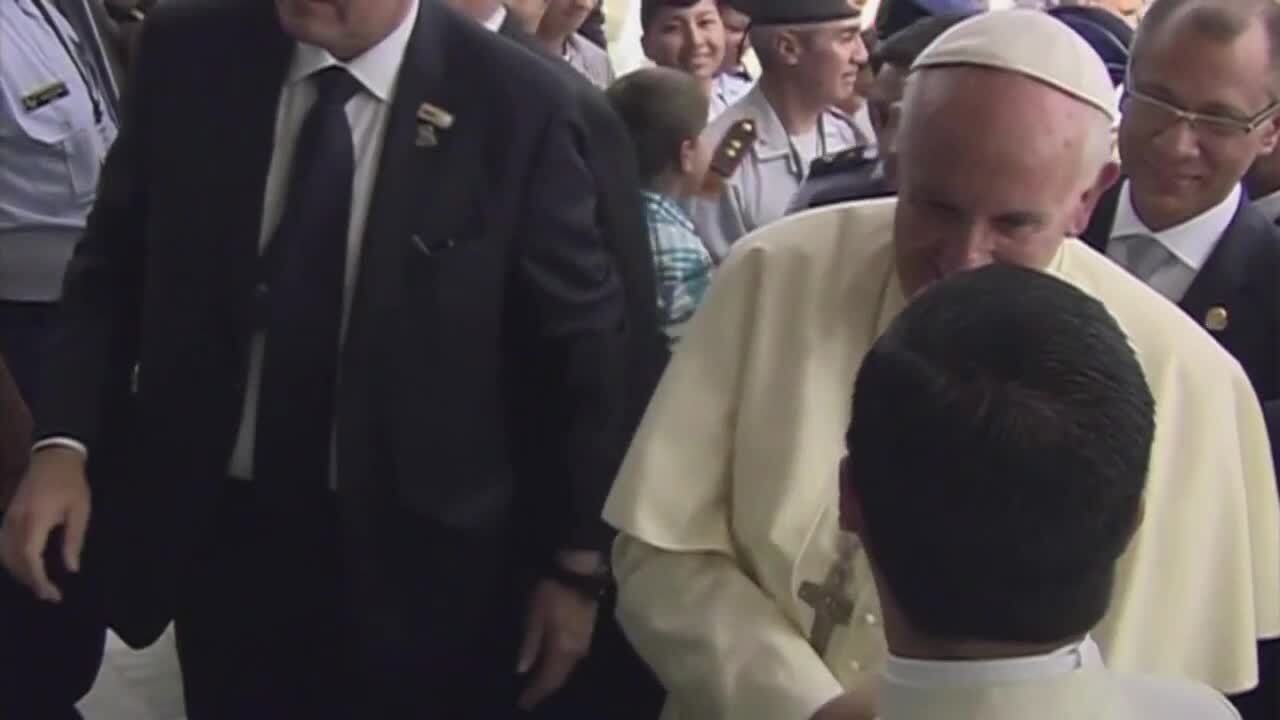 WASHINGTON — House Speaker John Boehner realized that managing the massive crowd descending on the Capitol grounds for Pope Francis’ visit will require a small army — so he created one.

When Francis makes the first papal visit to Congress next Thursday, this mini-army — the first-ever volunteer force of over 100 House and Senate aides — will provide far more help than the ordinary mix of security, administrative and events staff that typically coordinate a visit from a world later. The “special events reps” will wear green, Boehner’s favorite color and the liturgical color of this season in the Catholic Church, and serve as the face of Congress, guiding visitors to spots to view the speech, answering questions about etiquette, and supporting security personnel.

At a time when Republicans and Democrats are at loggerheads over virtually everything — the federal government could close at the end of the month unless the parties reach an agreement — the pope’s visit is one of the rare occasions where adversaries on Capitol Hill are coming together.

“The response to the Pope’s visit has been overwhelming, not only from the public, but from the people who work in and around the Capitol every day,” Boehner said in a written statement to CNN.

He added, “To ensure as many people as possible can participate in this historic day, we created the first ever group for Capitol Hill staff to help welcome and assist our 50,000 visitors. This bipartisan group plays a key role to ensure our visitors have the best experience during their time at the Capitol.”

Beth Zentmeyer, Boehner’s head of protocol and special projects, is coordinating the group. CNN got exclusive behind the scenes view of training sessions for the new venture, where the aides learned about security issues and logistics.

The project is win-win for the Speaker’s office. They don’t have the manpower to tackle the volume of visitors for the pontiff’s appearance, so they get the help of extra bodies they can station around the campus. They also expand their reach to staffers who work outside of leadership, who may be willing to sign on to future ceremonies.

Zentmeyer, a former State Department veteran, and her team regularly orchestrate high profile events, but the scale of the Pope’s visit to the Capitol meant thinking outside the box. Back in March, they oversaw the controversial visit from Israeli Prime Minister Benjamin Netanyahu, which had members fielding unprecedented interest for tickets to sit inside the House chamber for a fiery speech. But those guests were contained inside the building.

For Pope Francis’ visit, Boehner dramatically expanded the audience and footprint for the event, inviting people to watch the speech on the West Front lawn. His office launched this program to recruit and train a cadre of permanent congressional aides — no interns allowed — to manage this outdoor area.

Jumbotrons will be set up to broadcast Francis’ speech for those who secured the coveted passes from House and Senate offices for the standing room area outside. Each House office was allocated 50 tickets, and each Senate office gets 200 tickets. Members of Congress were also given one ticket per office for seats in an area on the terrace just below the balcony. This is the same area used every four years to erect a platform for the inauguration of the president. Many offices have struggled with decisions about how to handle the massive demand for these tickets. Many set up online lotteries so they wouldn’t have to sift through reams of requests.

After the Pope finishes his address inside the House chamber, he will walk with Boehner out onto the Speaker’s Balcony on the second floor of the Capitol, which overlooks the West Front. Beyond the official campus of the Capitol, tens of thousands more are likely to line up on the National Mall.

The Speaker’s staff and officials from the U.S. Capitol Police and other partner offices conducted a dry run last week to help volunteers understand what to expect and the best spots to catch a glimpse of the pontiff. The group was given instructions on how to field questions about where people could stand, where they could find medical assistance, restrooms, and security checkpoints.

As these aides walked the large perimeter outside the Capitol, they received some practical advice on how to survive the long day and manage expectations from people who will be waiting outside for as long as four of five hours.

“No one is guaranteed a line of sight,” David Hauck, who handles arrangements for disabled for the Accessibility Services office at the Capitol, warned.

These volunteers vary in age and seniority — from young staff assistants to veteran chiefs of staff, committee aides, and IT personnel from administrative offices. Each one was required to get clearance from their supervisors and will report to positions around the Capitol at 4 a.m. on Thursday to greet guests. A Marine Band will perform as the group ushers to positions where they hope to get a clear view and snap a picture of the scene — but they were reminded that strict security rules mean no selfie sticks allowed.

“Just look behind you,” Zentmeyer said as she stood at the edge of the National Mall looking back at the Capitol, telling the group. “This is a big space, which is why all of you are so important.”

The staffers asked about helping lost children find parents, assisting those in wheelchairs, and whether they needed to provide water. They were reminded to dress in green so the people could easily identify them as official staff.

But Zentmeyer also emphasized that signing up for the Boehner experiment was a form of professional development, telling them they were getting a crash course in “protocol, international relations and special events.”