Has Richmond finally become a bike-friendly city? Yes… and no. 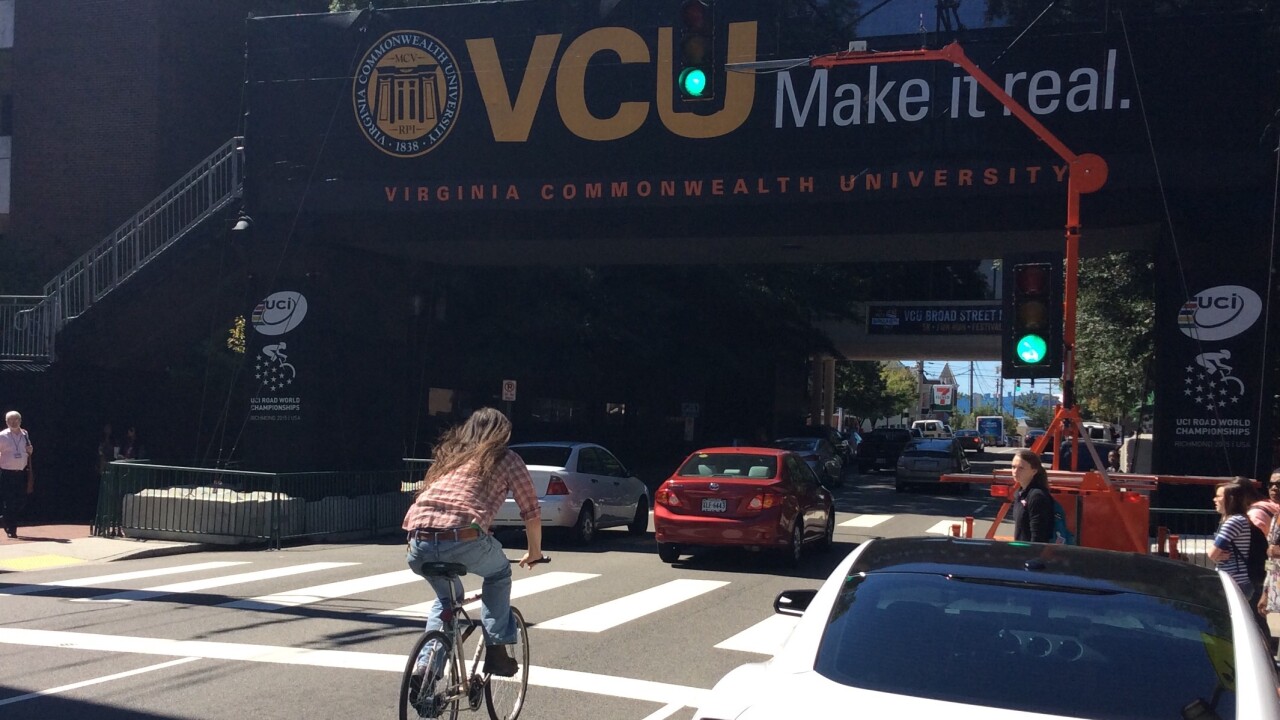 RICHMOND, Va. — As the cycling world turns its attention to Richmond for the start of the UCI Road World Championships this weekend, local cyclists are just now beginning to reap the rewards of their long struggle for safety, awareness and acceptance.

“(Richmond) has become tremendously more bike friendly, and a lot of that has been in this century,” said Lloyd “Bud” Vye, a cycling advocate with the Richmond Area Bicycling Association (RABA). Vye, 82, has been biking in the city for more than 30 years.

“Mayor Jones got involved, and they set up a commission…and they did a study and made a whole bunch of recommendations, and a lot of those recommendations have been implemented,” Vye said. “Number one of which was for the city to hire a bike and pedestrian coordinator.”

Others echoed his sentiments, praising the city’s bike awareness improvements, both in infrastructure and regulations.

“It’s really cool that a city this size is coming together and moving forward with getting the right infrastructure built and the right laws passed,” said Simon Valencia, an employee of Carytown Bike Company.

“As a whole, the culture is getting more bike friendly,” he said. “They just passed laws, for example, that allow drivers to cross over yellow lines to pass cyclists.”

“They have definitely been building more infrastructure in that past year or so,” Hepp-Buchanan said. “We now have 12 miles of bike lanes, half of which have a wide buffer separating the bike lane from the traffic lane that adds to the level of comfort.”

But others are less positive about the city’s progress.

“The needle is moving, slowly,” said Kim Moore, a ride director for RABA and a Richmond resident. Moore takes her riding groups anywhere from 15 to 45 minutes out of the city. She cites safety concerns and the city’s congestion as the primary reasons.

“Richmond is certainly more bike aware than 10 years ago, and it’s starting to move in small steps to being bike friendly, but we have a long, long way to go,” she said. “We just don’t have the infrastructure to really support bicycling.”

Bike Walk RVA has been working with Mayor Dwight Jones and the City of Richmond to promote safer pathways for bikers and pedestrians. Hepp-Buchanan credits the race for bringing positive attention to the biking culture that many locals have been waiting for.

“The race has brought biking to the forefront in a lot of different ways,” Hepp-Buchanan said. “The infrastructure that has been built is going to stick around and people are going to want more of that.”

He also encouraged bike lovers to experience the marvels of the Virginia Capital Trail that has 53-miles of separated, uninterrupted pavement available for biking, walking and skating.

Overall, Hepp-Buchanan feels Richmond is on its way to being a “bike city,” where safety practices are respected by both drivers and bikers.

“I would say in the big scheme of things we are taking steps to becoming bike friendly,” Hepp-Buchanan said. “Are we on the right track? Absolutely. Do we still have a ways to go? Absolutely.”

By CJ Paschall and Bryant Drayton (Special to WTVR.com)