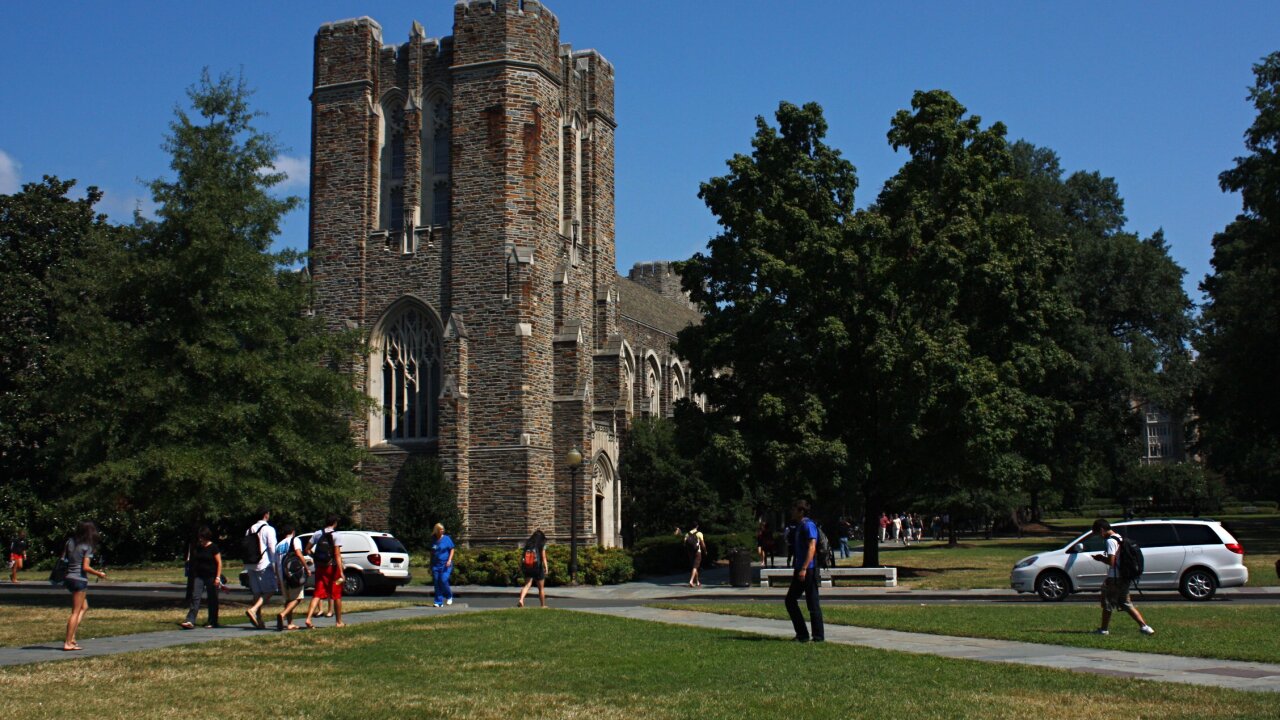 DURHAM, Nc. — A professor at Duke University is alive and well thanks to a group of quick-thinking pre-med students.

Marketing professor George Grody was slumped over in a chair inside a classroom without a pulse. The silent Duke library turned hectic.

Kirsten Bonowitz, a 20-year-old pre-med student, told WRAL she was in the library studying organic chemistry when she heard shouts for help.

“At that point, someone came out of a classroom fairly close to us, shouting: does anyone know CPR? And serendipitously, his eyes just kind of fell on us. The three of us in our EMT uniforms,” said the Duke student.

Bonowitz volunteers for the Duke University EMS. She was on call that Labor Day evening, along with three other pre-med students, all of whom were in the library.

Another Duke student, Ritika Patil, was on another floor.

“There were a couple of students who came running up and were like, ‘you’re an EMT! Come with us!” Patil said.

Inside the classroom, they found professor Grody not breathing.

Bonawitz ripped off his shirt for the defibrillator that Ritika Patil would apply to his chest. She had to give him three electric shocks before they felt a pulse.

It was the first time she’d ever done that on an actual patient.

“You really can’t allow the nerves to get in the way of what you’re doing,” said Patil. The nerves are more the adrenaline kicking in. And you just have an extra kick of energy.”

“We do so much training, so my training just kicked in and just did what needed to be done until it was over,” said Bailey.

Eventually the Durham EMS arrived to take over the scene.

“I think it really shows the importance of everyone being trained it bystander CPR, kind of knowing what to do,” said Labagnara.

Officials told WRAL that Grody remains in ICU and is expected to fully recover. He did send an email to the students thanking them for their efforts.

“That felt really good, and it still feels really good, I would love to be a doctor someday and feel that good all the time,” said Bonowitz.