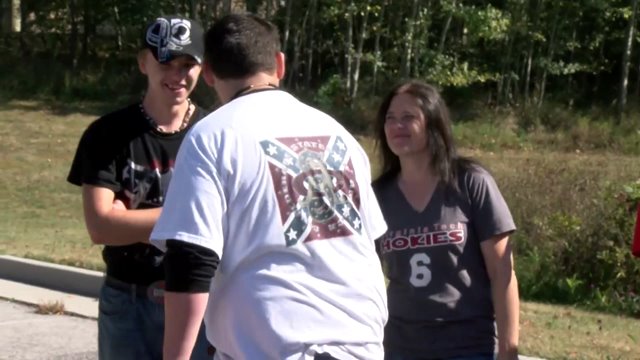 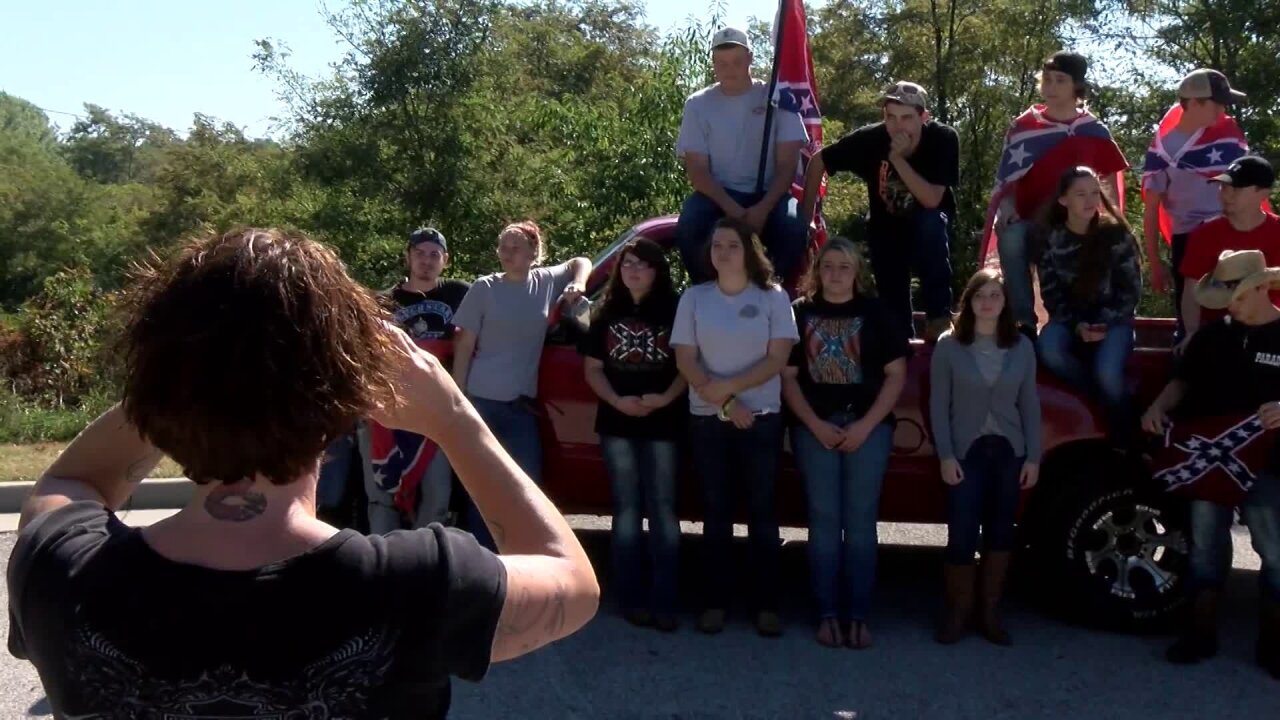 WDBJ reports the students were originally received in-school suspensions, according to Montgomery County Public Schools spokesperson Brenda Drake. But when the students did not comply, the teenagers were told to leave school.

A school division spokesperson told WDBJ that incidents at the school "support the continued prohibition of the Confederate flag."

“We are not issuing a judgment on the flag, but know that not allowing it at CHS supports a peaceful educational environment in the building,” Drake said. “Continued racial friction suggests that lifting the ban of this particular symbol would cause significant disruption at the school.”

Do you side with the school system or the students? Sound off on the WTVR CBS 6 Facebook page.

Students pose for a photo on the back of a pickup truck. (SOURCE:

The suspended students gathered across the street from the school waving Confederate flags and posing for photos on the back of a red pickup truck.

Students told WDBJ they are standing up for their heritage and questioned the school's actions, saying what they were doing is going down a slippery slope.

This is not the first time Confederate symbols have caused controversy at the school. In fact, students were told to remove Confederate flag bumper stickers from their cars last month.

“We value our students’ First Amendment rights, but we must maintain an orderly and safe environment for all students,” Drake said. “Incidents of racial tension at CHS support the continued prohibition of the Confederate flag in the building.”

Montgomery County Schools released the following statement about the incident:

There was a disruption at Christiansburg High School this morning with a small group of students. Approximately 25 students arrived to school wearing attire that is in violation of the school’s dress code. Specifically, the students were wearing the Confederate flag on their clothes. Upon entry to school, the students were asked to comply with the dress code at the building. While some students complied, those who did not were placed in in-school suspension – the standard disciplinary procedure for this type of infraction. Some of the students proceeded to disrupt the school environment through loud displays and behavior. As a result of the continued disruption, the students were issued a one-day suspension. Students were picked up from the school by a parent or guardian and the day is running smoothly at CHS.