5 myths surrounding vaccines — and the reality 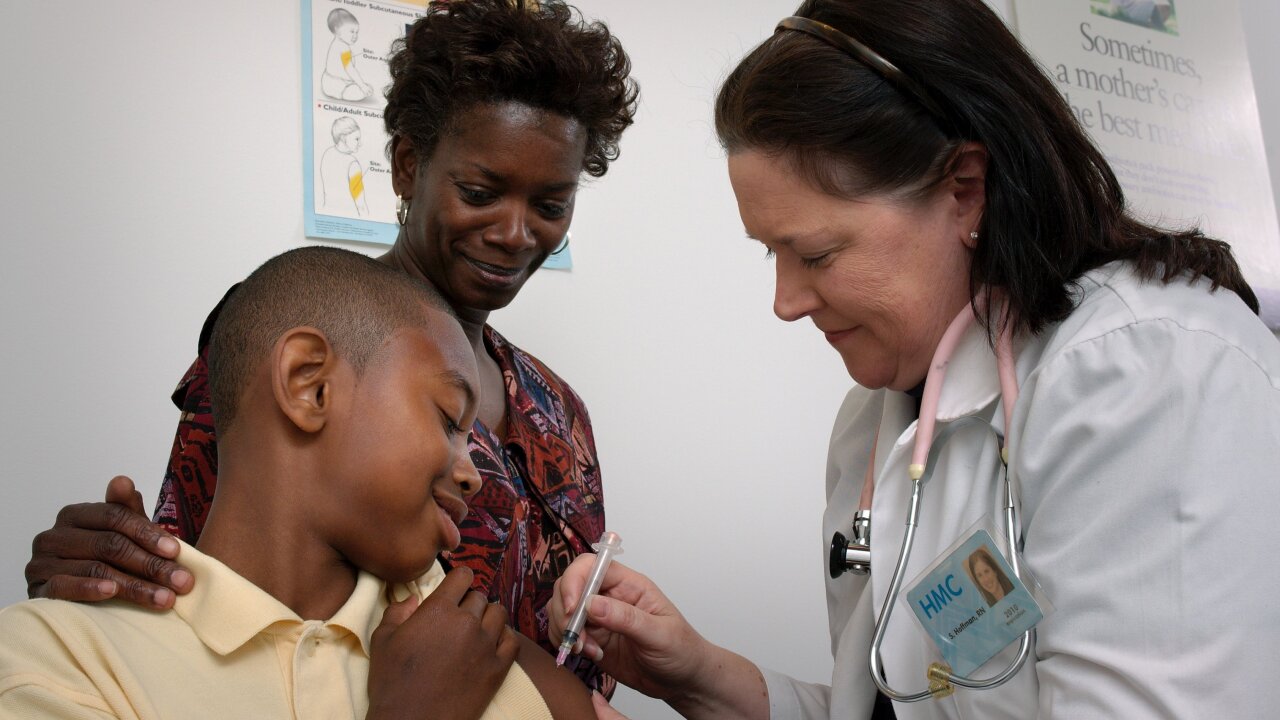 Americans are buzzing about vaccines after Republican presidential candidates weighed in during Wednesday’s debate — and once again, some old fearful myths are surfacing.

Donald Trump said that if vaccinations were spread out and given a little at a time, “I think you’re going to see a big impact on autism.”

Ben Carson, a surgeon, disagreed, and said there’s no proof autism and vaccines are linked, but added, “we are probably giving way too many in too short a period of time.”

Rand Paul, a physician, said, “Even if the science doesn’t say bunching them up is a problem, I ought to have the right to spread out my vaccines out a little bit at the very least.”

In fact, research shows that vaccines do not cause autism. Rather, vaccines prevent 6 million deaths worldwide every year, CNN’s Dr. Sanjay Gupta writes, and spreading vaccines out over a period of time only leaves children more exposed and vulnerable to disease.

Still, myths around vaccines may keep parents from protecting their children from dangerous diseases, when there’s every reason to get them vaccinated.

Only one in a million children has a serious adverse reaction to vaccinations.

Those are great odds. You’re 100 times more likely to get struck by lightning than have an allergic reaction to a vaccine, Gupta says. Taking aspirin, for example, is much more likely to cause brain bleeding.

Still, five nail-biting notions continue to scare away people from the protection they need.

This is the big one.

This was a prevalent myth that grew out of a now-discredited study published in The Lancet, a British medical journal, in which Dr. Andrew Wakefield linked autism and childhood vaccines.

The 1998 study was embraced by parents of children with autism, who pointed out that autism rates were going up as the occurrence of measles, mumps and rubella drastically decreased. The anti-vaccine movement gained traction when Jenny McCarthy and other celebrities joined the cause.

Researchers criticized Wakefield, but the paper panicked many parents and led to a sharp drop in the number of children in Britain getting the vaccine that prevents measles, mumps and rubella and a smaller decrease in the United States.

Most of Wakefield’s co-authors withdrew their names from the study in 2004 after learning he had been paid by a law firm that intended to sue vaccine manufacturers.

The same year, the Institute of Medicine reviewed evidence from the U.S., Denmark, Sweden, and the UK and found no connection between vaccines and autism.

Around 2010, another British medical journal concluded Wakefield’s study misrepresented or altered the medical histories of all 12 of the patients whose cases formed the basis of his study.

The Lancet retracted Wakefield’s paper in 2010. He lost his medical license.

“Over the last two decades, extensive research has asked whether there is any link between childhood vaccinations and autism,” Rob Ring said in a statement earlier this year. “The results of this research are clear: vaccines do not cause autism. We urge that all children be fully vaccinated.”

Vaccines are laced with mercury that’s poisoning our children and causing autism.

In the 1930s, some vaccine-makers used a preservative called Thimerosal, which contained a very low concentration of a mercury compound.

It’s there to prevent the growth of potentially dangerous bacteria and fungus.

First of all, children are hardly getting Thimerosal in vaccines anymore. In 2001, the Food and Drug Administration stopped issuing licenses for children’s vaccines containing it. On top of that, the fact that most routine vaccines for children under 6 years of age don’t have it.

A trace amount is in still used some children’s flu vaccines, says the Centers for Disease Control and Prevention.

Since the preservative has been used for decades and still is in adult vaccines, there have been many studies, and none of them shows a correlation with autism or other serious side effects, the FDA says.

As for autism, since the time Thimerosal was removed from children’s vaccines, the percentage of diagnosed autism cases happens to have shot up.

If Thimerosal were the cause, this wouldn’t make sense.

Doctors and insurance companies are promoting vaccination to drive profits.

Some insurers pay the cost of vaccinations to prevent having to pay more later, if a patient gets sick.

A 2009 study found that up to a third of doctors actually lose money when giving vaccines.

4. THEY HAVE TOO MANY ANTIGENS

Children are getting more vaccines than they used to, and it’s pumping their bodies full of antigens — the bits of vaccine that cause the body to build resistance. Taken together they’re too much for a child to handle.

Though there are more vaccines, patients are inoculated today with far fewer antigens than 30 years ago, Gupta says. In the 1980s, people received about 3,000 antigens total, compared with 150 today.

Spreading the vaccines out over a long period of time for fear a child may be getting too high a cumulative dose of antigens only leaves children more exposed and vulnerable to disease.

And as far as autism: As with Thimerosal, autism diagnoses shot up around the time antigens were being reduced in vaccines.

5. THE DISEASES ARE EXTINCT

It’s better to avoid vaccines, because children don’t need them. The diseases they help prevent are long gone, and if a child gets one anyway, it will just run its course.

That spate of highly contagious measles that broke out last winter? Unvaccinated children got it at Disneyland and spread it to other kids who aren’t inoculated.

It’s not harmless. It can lead to pneumonia, lifelong brain damage, deafness and death.

Between 2001 and 2013, 28% of children younger than 5 years of age in the United States with measles had to be hospitalized, the CDC says.

Before the measles vaccine was introduced in the 1960s, there were 3 million to 4 million cases a year, resulting in 400 to 500 U.S. deaths, the CDC says.

Measles vaccination in this country has reduced the rate of infection in the population by 99% compared with times when no vaccine was available.