‘Show me your stethoscope,’ nurse Facebook group responds to ‘The View’ 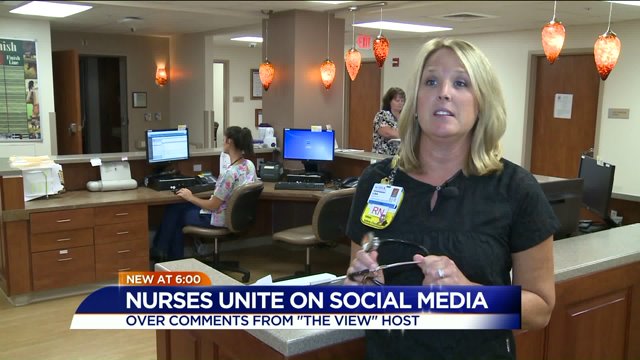 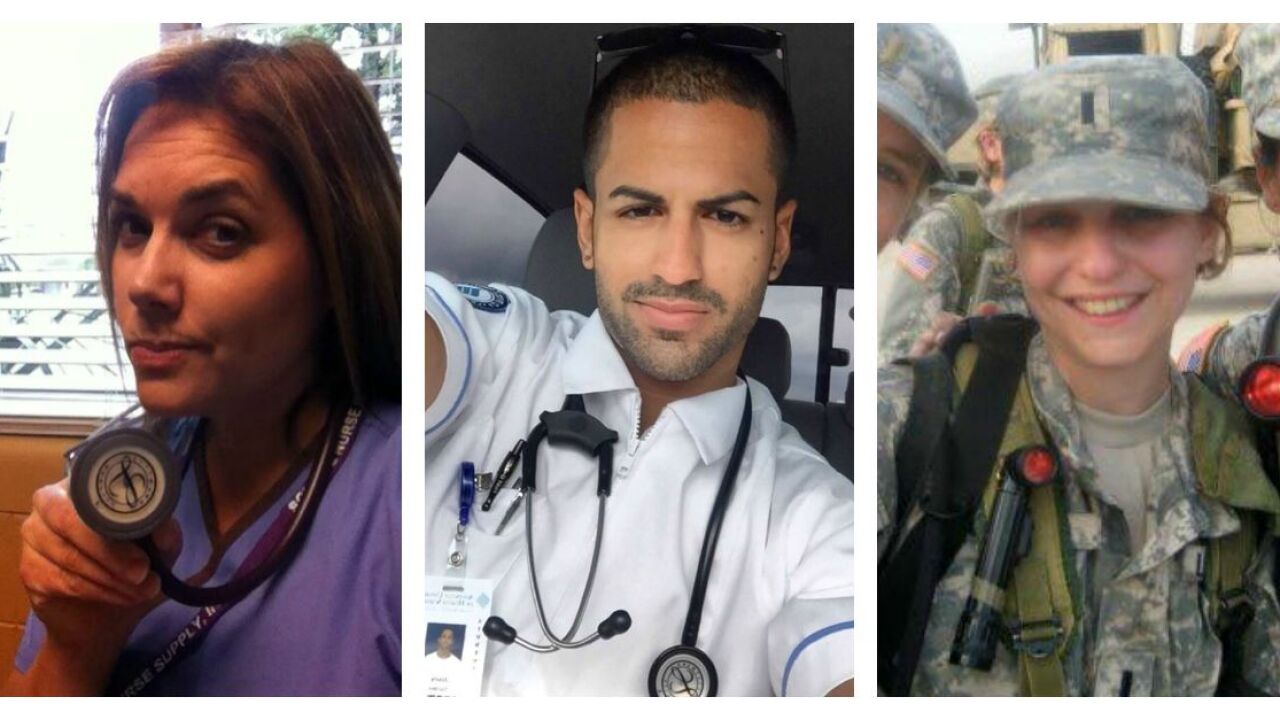 A Facebook group called “Show me your stethoscope” has made it clear, you don’t mess with nurses. If anyone had any doubts about that before “The View,” co-host Michelle Collins poked fun at nurse and Miss America contestant Kelley Johnson, the backlash has made it clear you don’t denigrate the profession.

During the 2016 Miss America Pageant on Sunday (Sept. 13), Miss Colorado Kelley Johnson performed a monologue in which she talked about her profession as a nurse for the talent portion.

Then on Monday’s “The View,” Collins poked fun at the monologue, saying Johnson “basically read her emails out loud — and shockingly did not win.” Collins adds, “She helps patients with Alzheimer’s, which is not funny, but I swear, you had to see it.”

But the comment from “The View” that has brought backlash online comes from Joy Behar, who quipped during the segment, “Why does she have a doctor’s stethoscope around her neck?”

Video of the segment is here, starting just before the 3-minute mark.

After nurses around the world heard about the comments, they set out to educate anyone who may not know -- nurses carry stethoscopes.

Then came the Facebook group urging people to submit photos of themselves with their stethoscopes, to show support for the nursing profession, and “for all other members of the healthcare team who DARE to use those fancy doctor's stethoscopes.”

Their numbers are snowballing; by noon, there were approximately 260,000 members, and 6,000 joined in a five-minute period.

Beth Hastert posted this image in Show me your stethoscope

Brandy McCoy posted this image in Show me your stethoscope.

Brandy McCoy, an assistant director of nursing, quipped about the above photo, "five nurses with stethoscope tattoos...uh oh...ladies I think we may have made a mistake since these are "Doctor stethoscopes."

Joury Toribio, a first semester nursing school student from Orlando posted this image in Show Me Your Stethoscope.

On Wednesday,“The View” addressed the controversy.

“You guys are wonderful, you’re the most compassionate people,” Collins said.

“I was not talking about her as a nurse, we were talking about the talent competition; it got misconstrued,” Behar said. “And by the way if your bosses are watching, you deserve raises. This is how much I love nurses, give them more money, give them everything, give them my money.”

“I was just not paying attention,” Behar said. “I wasn’t trying to be funny.”

She said that she thought the contestant was wearing a costume.

A member of the group, Sandra Aguirre, called on people not to be outraged, but rather to use it as a teaching moment.

Okay, folks this may not be a popular view but here it is...everyone makes mistakes! Obviously Joy and her cohorts made a big one in their comments that day. However, this is so much bigger than that. Nurses are disrespected daily by patients, families, other nurses, doctors and even at times employers in what they expect. We don't get breaks, are overworked, understaffed and yet it took a talk show to fire us up??? Joy voiced her ignorance but how many of you can say this doesn't happen almost daily in your work. I am an acute rehabilitation nurse for example and am disrespected by fellow nurses who look down their noses because I went from being an ICU nurse to rehab. That upsets me more than a talk show host not knowing what I do....so stop demanding an apology from The View and instead demand changes in our profession to be treated with respect by all not just a talk show...

As far as Miss Colorado’s talent goes, Twitter was divided. Everyone agreed nursing is a noble profession, but not everyone thought the monologue was an actual talent.

Lot of respect for Miss Colorado's talent choice. A monologue about her work as a nurse. No doubt caring for people is a talent #MissAmerica

I just want to tell Miss Colorado that her interview happened earlier this week. Talent isn't an extension of it. #MissAmerica

As someone going into nursing I respect Miss Colorado and her talent so much! You're never JUST a nurse. Beautifully said!!! #MissAmerica

Instead of dancing & singing, Miss Colorado's talent was talking about a personal story while being a nurse So Inspiring #MissAmerica