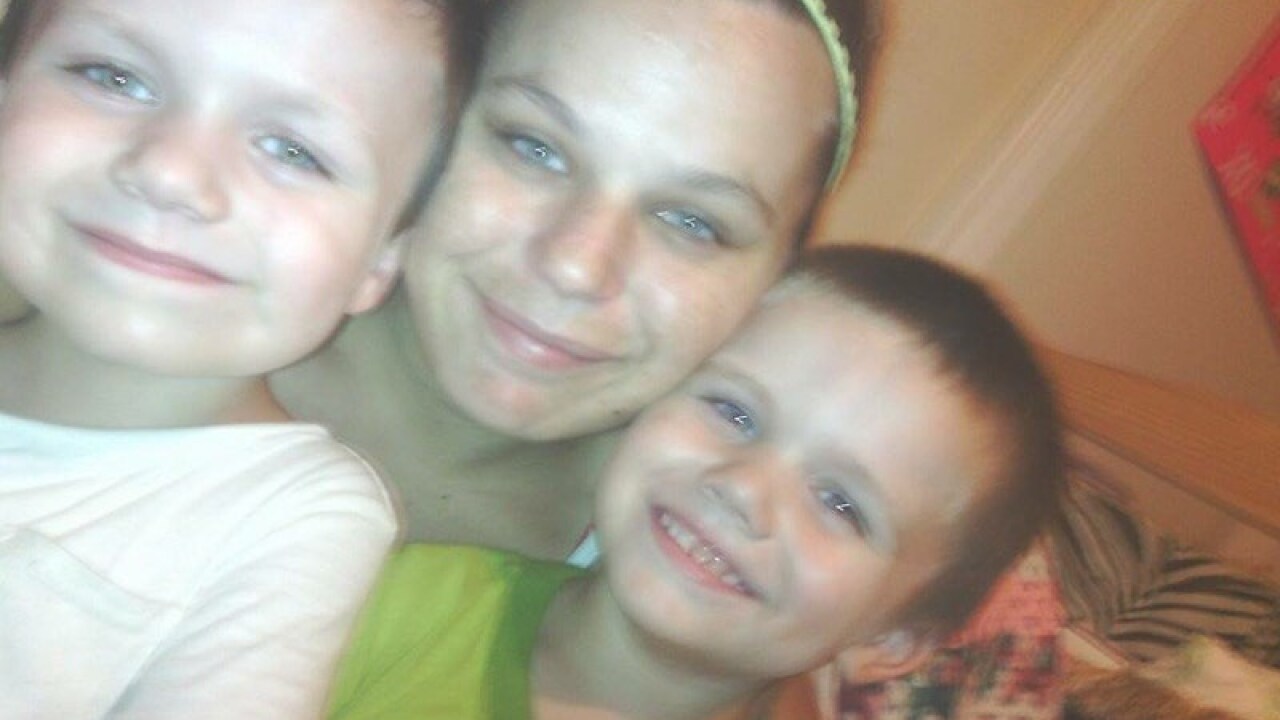 KANSAS CITY, Mo. — The mother accused of keeping her two boys in a crate in a cave walked out of the Jackson County detention center Tuesday after her first court appearance.

Brittany Mugrauer, 24, who was charged with endangering the welfare of a child after her two boys were found in large wooden crates in a Kansas City cave walked out to a mob of media.

When asked how she’s doing, Mugrauer responded with, “No, because you all made me look like a joke.”

KCTV reports a judge released her without bond while she faces the two counts.

Jackson County Sheriff’s deputies were investigating a possible “chop shop” for stolen car parts on Thursday when they found Mugrauer’s two boys, ages four and six, in the underground caves off East 23rd Street. They say the boys weren’t just playing there, but living there as well.

When Mugrauer spoke to KCTV Tuesday night, she said that isn’t true.

“I’m a bit dumbfounded to be honest with you. The allegations aren’t true. They didn’t live in the caves. They weren’t dirty or anything,” she said.

Her family also denies the allegations.

“When you see the truth and watch it happen and it’s just hard to wrap around it. It really is. I just can’t believe this is happening,” said Wayne Mugrauer. “She loves her boys. I miss my grandsons, but we’ve got each other, we’ll get through this. It’s just really hard right now.”

Wayne Mugrauer, Brittany’s father and the boys’ grandfather, said his daughter did not do anything wrong and is a great mother.

“There’s not ever been a time that those boys were in harm’s way. They’re spoiled, if anything, and well loved, well taken care of and it’s hard to keep shoes on their feet,” Wayne Mugrauer said.

Sean Dale, who owns Underground Diesel where the children were found, said they were not living in the caves and were not left alone. He references surveillance video that was shared with the media.

Dale and Brittany Mugrauer said she would sometimes take the boys to work with her at the repair shop in the cave and they had a special play area that included the crates. Dale said she didn’t leave the children alone when she took someone to the hospital. He said there were two adults that she asked to watch over them.

In court Tuesday the Jackson County Prosecutor requested Brittany Mugrauer’s release and the judge granted it. She does not have to pay bond.

Her father was ready to hire an attorney. He said his daughter lost a baby to SIDS in Florida and he moved her and the boys to Kansas City where they all lived in a hotel.

“Get them to clear her name and get the boys back and back on track,” Wayne Mugrauer said.

Brittany Mugrauer’s family is elated that she’s out of jail. They said, though, that her kids are in the custody of their dad and they will fight to get them back.

They continue to say she is a good mother who loves her children more than anything.