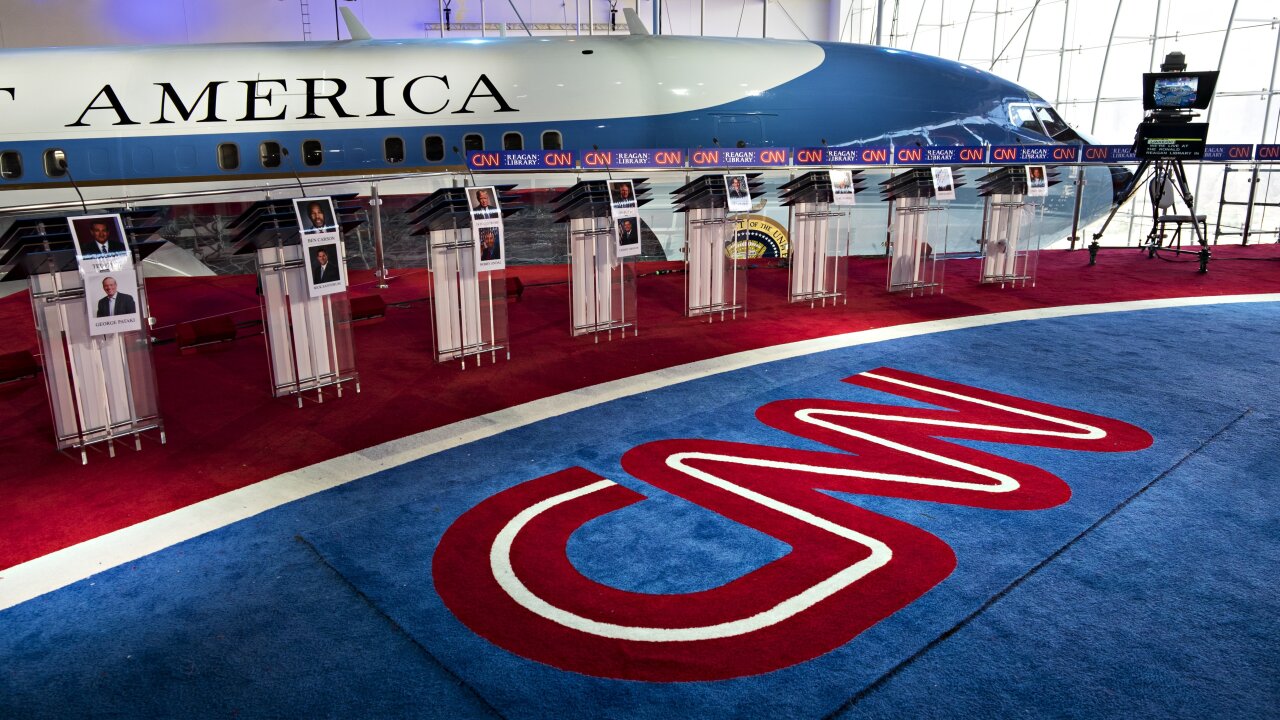 The stage is set at the Reagan Presidential Library on September 13, 2015, for the CNN Republican Presidential Candidate Debate. CNN’s Jake Tapper will be the moderator for the debate from the Library on the 16th.

SIMI VALLEY, California — Donald Trump is barreling into tonight’s CNN debate with more than a dozen other candidates aiming to slow the billionaire businessman’s juggernaut and break through the cluttered field.

The bottom-tier is suffering from Trump’s domination of the 2016 race this summer, as he’s captivated GOP voters with his outsider message. The fate of these low-polling campaigns could hinge on whether the candidates can deliver a memorable performance tonight.

When Trump ultimately walks on stage at 8 p.m. tonight main debate with 10 other leading candidates, he’s likely to face sustained attacks from multiple fronts and will have to prove he can handle the pressure.

Tonight’s debate also comes at a crucial point in the GOP primary with tensions running high and establishment candidates struggling against their outsider counterparts.

Going into the night, Trump says he might try a different approach.

Trump is suddenly facing stiff competition from retired neurosurgeon Ben Carson, who is surging in the polls. The two, who are most effectively harnessing the desire among many primary voters for an outsider candidate, have sparred over the past week about their faith.

But Trump may face the most intense attacks from Carly Fiorina and Jeb Bush.

Fiorina, whose breakout performance at last month’s debate helped her land a spot in tonight’s prime-time showdown, is intent on upstaging Trump. Trump has attacked Fiorina’s business record as the CEO of Hewlett-Packard while she has slammed Trump for being light on substance.

Their sparring intensified over the past week after Rolling Stone published an interview with Trump in which he dismissed Fiorina by saying, “Look at that face! Would anyone vote for that?”

Fiorina shot back: “I am proud of every year and every wrinkle.”

Bush may have the most at stake in the debate. Despite his $100 million bank account and record as a two-term governor running one of the country’s largest — and most complex — states, Bush is tumbling in the polls.

After a lackluster performance last month, he’ll have to prove that he can turn his troubled campaign around. He’ll do that, in part, by taking on Trump directly after spending much of the summer ignoring his presence.

A new web video released the week from Right to Rise, the pro-Bush, super PAC could preview the type of message he might offer tonight. The video labeled Trump as a candidate “in a very dark place” before presenting Bush as someone who is choosing a “brighter path.”