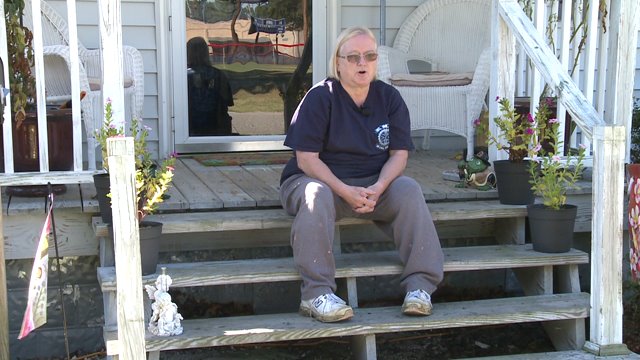 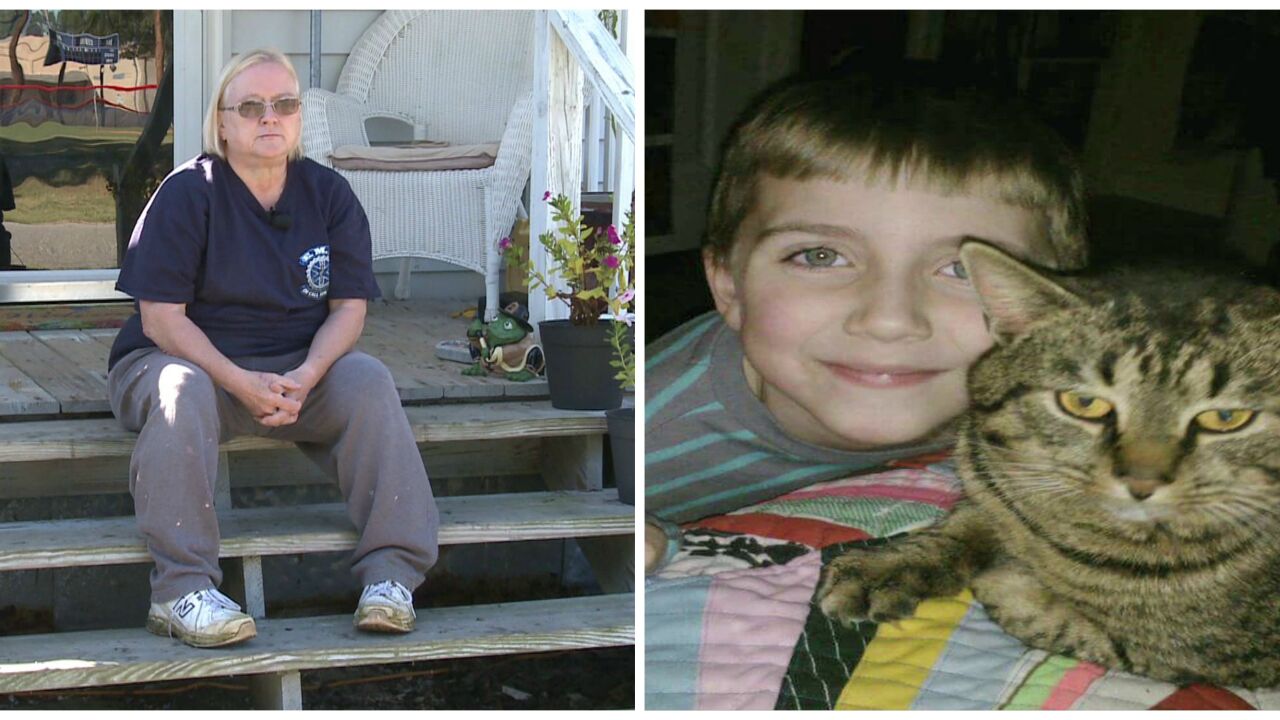 COLONIAL HEIGHTS, Va. -- A Colonial Heights grandmother has to get rabies shots as her 10-year-old grandson copes with having watched dogs attack and kill his cat.

It happened on Wright Avenue in Colonial Heights on September 7.

Rose Elder said her grandson had just stepped inside the front door from walking their small dog when he heard a noise outside. "He turned around, he hollered the dog has got Pippen," Rose said.

Rose's grandson and their cat, Pippen.

Rose said she heard his screams and ran out the front door to witness three dogs in a huddle with the cat. She said the woman that had the two dogs on a leash was trying to control them with no success.

Elder said then two of the three dogs came out of the huddle with the cat in their mouths.

As she tried to get the cat, Elder said she was bitten by the pit bull.

Since the dogs and their owners can't be found she is having to undergo a series of rabies shots, plus get a tetanus shot. She remains on antibiotics.

Neighbors heard the screams and ran out to see what was happening, a situation they describe as horrific. "I saw the cat right after it was injured and I still have that picture in my mind, it was horrible" said Kitty Walton.

"You're talking about a young child who saw, you know, his pet basically being killed, right in front of him" said Dean Ivins.

Pippen the cat died minutes after the attack.

Colonial Heights Police arrived on scene but could not find the couple or their three dogs.

Both Police and Animal Control are investigating.

If you have any information, you are asked to call Crime Solvers at 748-0660.