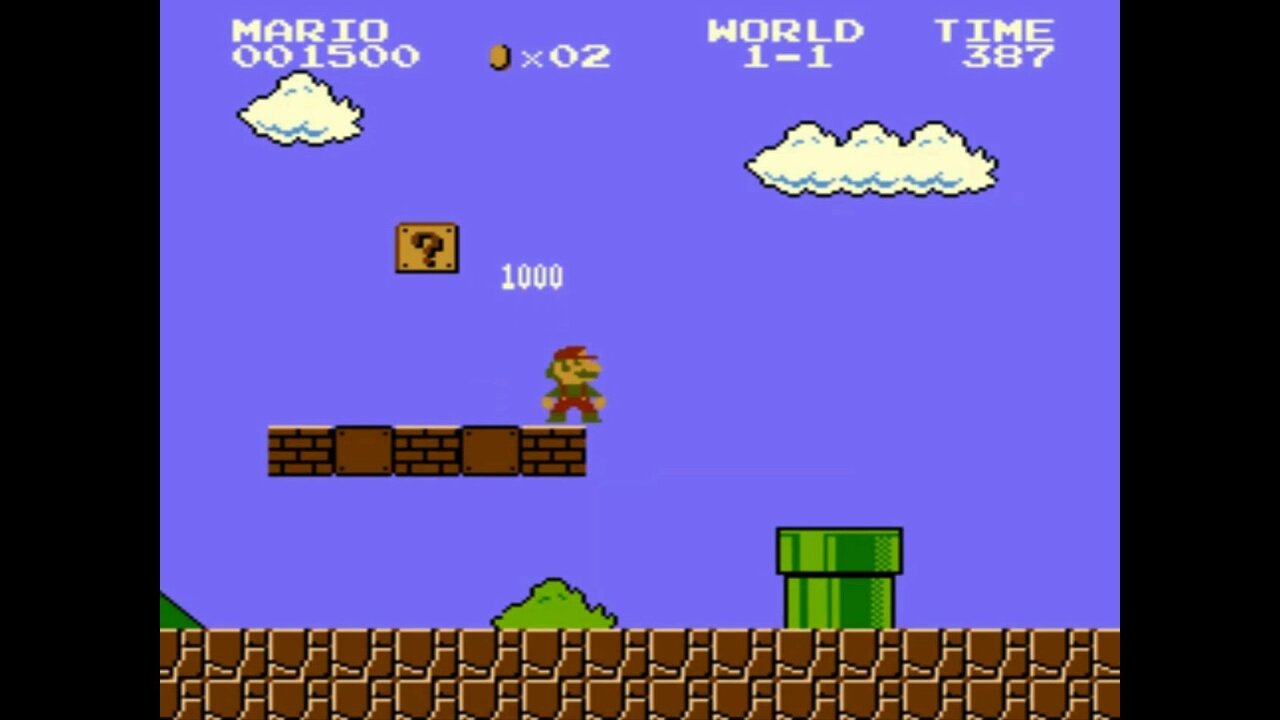 The lovable Nintendo gaming character Mario has existed since he appeared as the hero of “Donkey Kong” in 1981, but he reached video game immortality with 1985’s “Super Mario Bros.”

Hard to believe it has been 30 years since we were first told “our princess is in another castle.”

For those of you not familiar with the reference, “Super Mario Bros.,” one of the most popular video games of all time, turned 30 on Sunday.

It was first released in Japan on September 13, 1985, by Nintendo, putting that video game company on the map.

It was a sequel to the one-screen game “Mario Bros.” (which introduced Mario’s brother Luigi), which was itself a sequel to the smash hit of the early 1980s game “Donkey Kong” (in which Mario attempted to defeat the angry gorilla).

Mario is the closest thing to Mickey Mouse in the world of video games, an instantly recognizable symbol of gaming and a mascot for Nintendo.

Here are five big moments in the history of the high-jumping, pipe-traveling plumber:

The importance of the Nintendo Entertainment System, or NES, cannot be understated.

The gaming system was released in the U.S. in late 1985 — after “Mario’s” introduction — and was a monster hit.

It was literally a “game changer,” in that the games one could play on the 8-bit system brought the graphics and fun of an arcade to your home. Many previous systems like Atari’s were low-quality versions of some arcade games with blocky graphics.

It also gave us the “side-scroller” game allowing players to move through various lands and worlds, instead of being in one stationary setting.

Everyone who got an NES received “Super Mario Bros.,” creating a legion of fans. It didn’t hurt that it was a lot of fun to play, as Mario and his brother jumped, squished and warped their way through a strange world of “koopas” and “goombas” called Mushroom Kingdom, on the lookout for Princess Peach, held captive by the evil Bowser (or King Koopa).

Future Nintendo game systems would almost always include a new “Super Mario” sequel or spinoff, including the Super Nintendo, Game Boy and multiple versions of the hand-held DS.

In 1989, Nintendo tossed its controller into the children’s TV ring with “The Super Mario Bros. Super Show,” a half live-action, half animated expansion of the “Mario” brand to other platforms (though “Legend of Zelda” stepped in on Friday afternoons).

Captain Lou Albano of wrestling fame portrayed Mario in the live-action portions, which were a bit of a callback to Sid and Marty Krofft series of the 1970s.

The show was successful enough to get spun off to Saturday mornings on NBC for a few more seasons.

3. Mario takes to the road

“Mario Kart” translated the “Super Mario” characters to the racetrack in 1992, and this game and its many, many sequels are some of the most popular racing games of all time.

4. Super Mario hits the big screen (it does not go well)

The bright and happy world of “Super Mario Bros.” was inevitably translated into a feature film in 1993, a movie that had more in common with “Blade Runner” than anything on a gaming console.

Dennis Hopper chewed the scenery as the reptilian King Koopa.

The movie got abysmal reviews, but it’s not like no one warned us.

That was from Hopper, one of the stars.

In 2007, Hoskins called the film a “nightmare” and “the worst thing I’ve ever done.”

The (slightly) better Mario-related film might have been “The Wizard,” a feature length ad for Nintendo, where the purpose of the heroes is to win a “Super Mario Bros. 3” tournament.

Back in the video game world, Super Mario continued to make strides. In 1996, Nintendo 64 was released along with “Super Mario 64,” which created a three-dimensional world for Mario and friends to explore.

It’s considered one of the most challenging and best games of all time.

Today, following the even more expansive “Super Mario Galaxy” games, Nintendo has just released a DIY version, “Super Mario Maker,” in which fans can create their own Mario levels.

So here’s to 30 more years of gaming fun with the lovable Mario. Perhaps one day we’ll be playing with a life-size holographic Mario and Luigi.