ASHLAND, Va. -- Crews are still spraying water on a fire that broke out at a former auto repair shop along Route 1 in Ashland Sunday night.

Hanover County fire officials said they were called to 11300 block of Washington Highway just after 9:20 p.m.

When firefighters arrived at the building, which used to be leased be Fox Auto Service, they said no one was inside the building.

The building was being used to store trucks belonging to the Kona Ice Shaving Company. Firefighters said four trucks were a total loss.

The fire marshal is investigating what sparked the blaze. 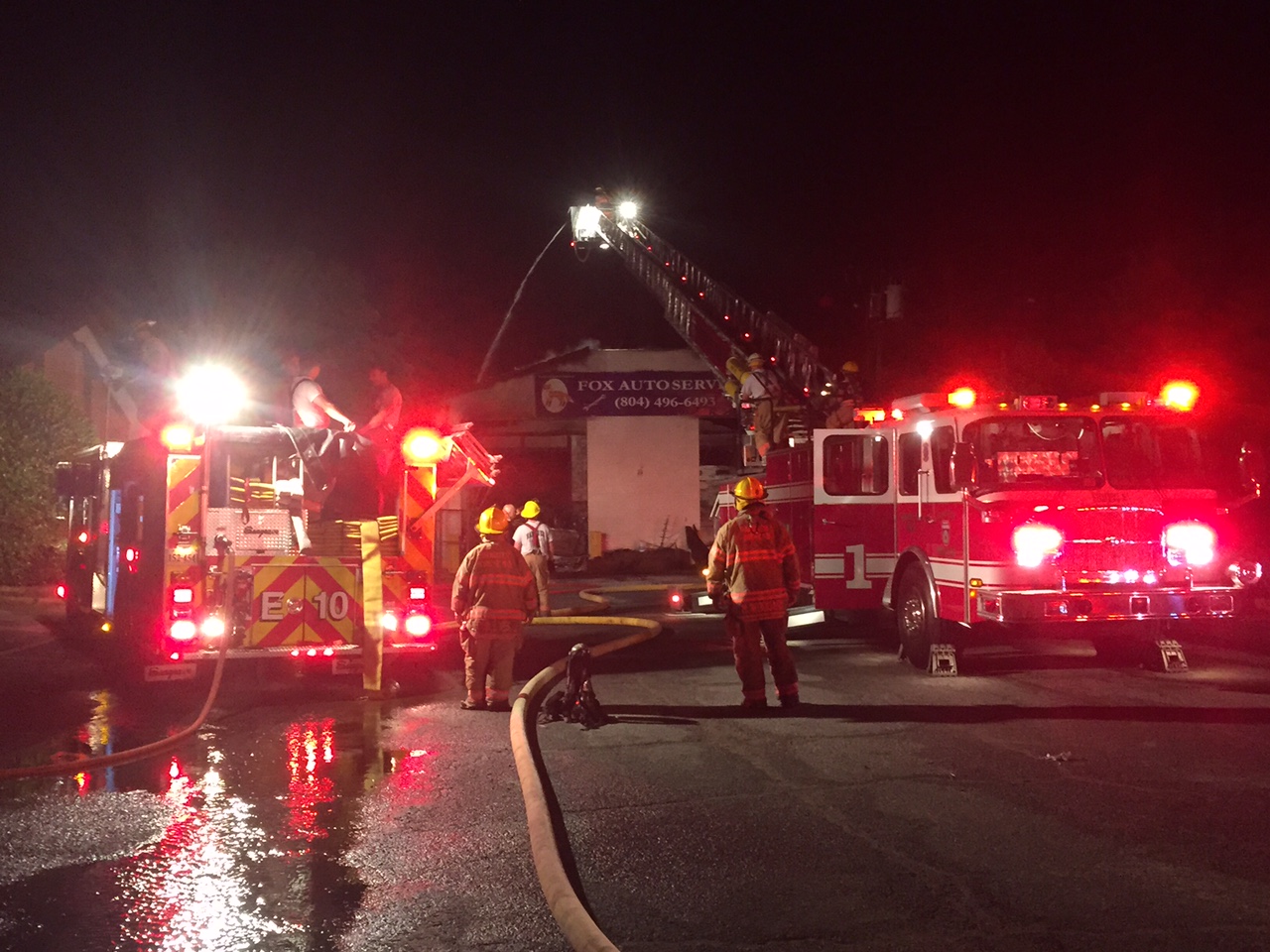