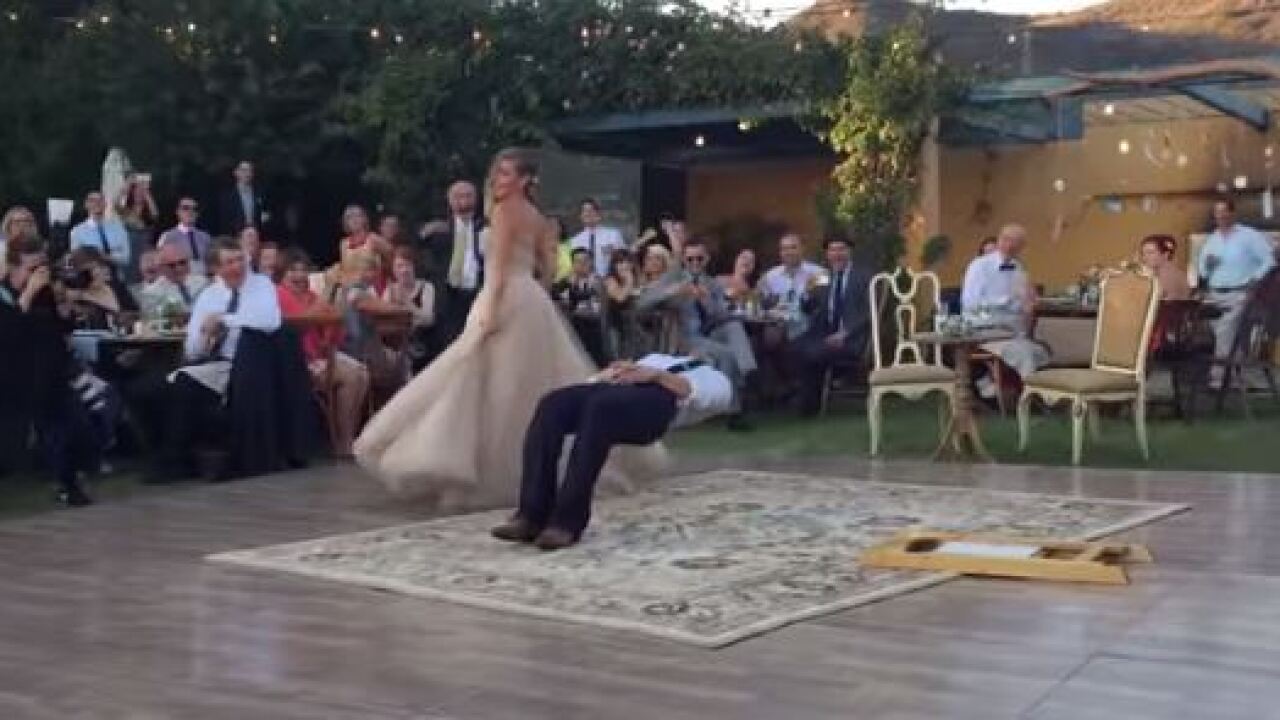 MALIBU, Calif. – A bride put a “spell” on her groom, stunning their guests during a dance at a wedding reception.

Justin Willman and Jillian Sipkins were married on Sept. 6 in Malibu, California, according to the YouTube description on Justin Willman’s video.

The couple said they decided to create a parody of the popular show “Drunk History” to explain their relationship to their guests.

Following the video, they wanted to blow everyone away during their first dance.

Willman is a professional magician and decided to do a magic trick to the song “I Put a Spell On You” by late soul singer Screamin’ Jay Hawkins.

Folks online think the trick has something to do with a chair the couple moved out of the way before the levitation. They also think the rug placed on the dance floor may have contributed to the effect.

“Our big move at the end was accomplished with a mix of magic and a few thousand sit-ups,” Justin said.