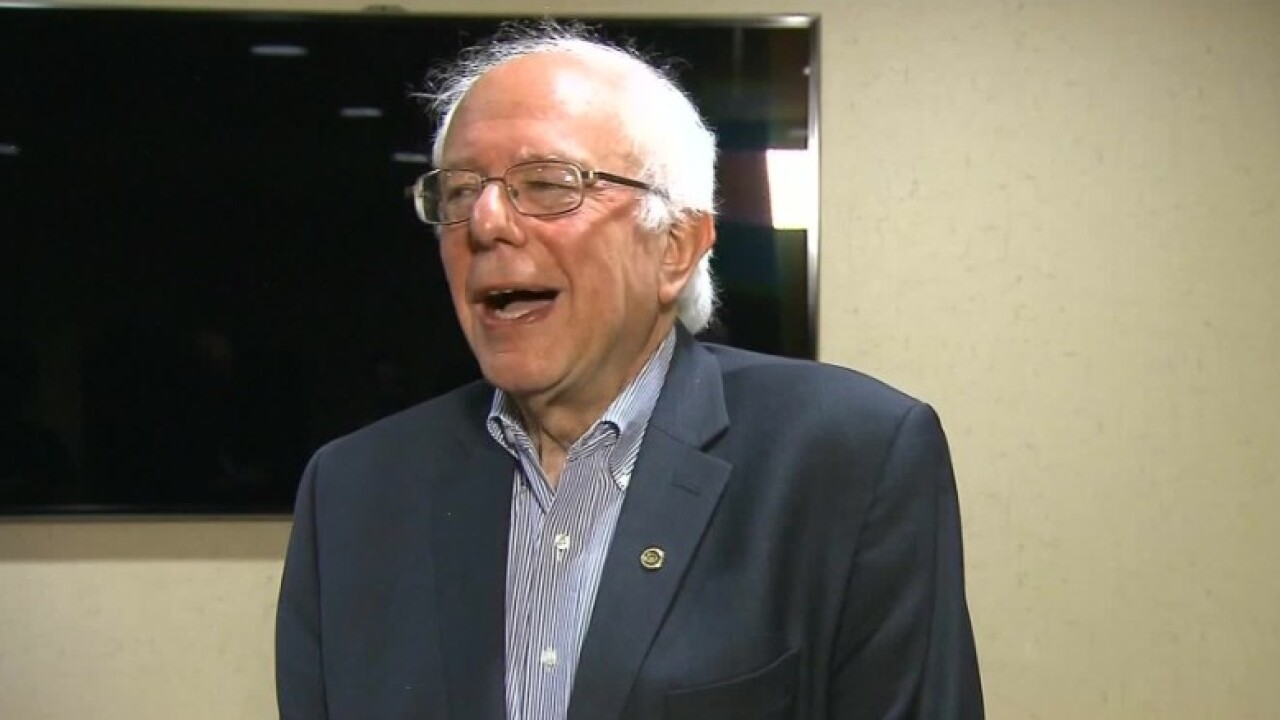 COLUMBIA, SC — Bernie Sanders’ first event in his second swing through this crucial state was unlike anything his campaign has seen before. His crowd was small. It was mostly black. And prominent academic Cornel West introduced him as “brother Bernie Sanders.”

Buoyed by recent polls showing him closing in on Hillary Clinton in national surveys, and leading in New Hampshire and Iowa, Sanders came to this city to confront a major challenge of his campaign: black voters still don’t really know who he is. So Saturday morning, he appeared at Benedict College, a historically black college and a frequent campaign stop for any presidential candidate courting black voters.

In many ways, it was a soft launch for the Sanders campaign, as aides eschewed prominent signage and logos on stage and went with a simple backdrop of an American flag and South Carolina’s state flag.

“Dear brother Bernie Sanders, he is not just on the move, he is going to win,” West said, adding later that Sanders is “a brother of integrity and honesty.”

The latest CNN/ORC poll shows Sanders lagging Clinton by just 10 points nationally, as speculation about a possible late entry by Vice President Joe Biden has hurt the former secretary of state and helped vault the Vermont senator to second place. According to recent state polls, Sanders has managed to close in on Clinton in Iowa and has overtaken her in New Hampshire, a state that shares a media market and a demographic make-up with Sanders’ home state.

But South Carolina, where African-Americans will make up a majority of primary voters, is proving to be much more of a challenge for Sanders, who has cultivated a persona of a curmudgeonly populist, railing against oligarchs in a thick Brooklynese.

Sanders’ town hall event here on Saturday drew about 1,000 people, but roughly half were white, a sign of where Sanders draws much of his support so far. Among his biggest applause lines were when he mentioned the names of Sandra Bland, Walter Scott and Eric Garner, African-Americans who died while in police custody. And he said racism wasn’t just about incidents like the shooting deaths of nine blacks in a Charleston church.

“Racism remains alive today, and our goal together must be to end all forms of institutional racism and make major reforms in our criminal justice system,” he said.

Sanders’ enthusiastic crowds and cult of personality have drawn comparisons to Obama, but it’s Clinton who has devised a campaign strategy that mirrors Obama’s. Like Obama, Clinton is betting on a southern firewall that has carried other Democrats to victory, including Bill Clinton. It’s a plan largely built on the turnout of African-American voters — particularly black women — who will make up the majority of primary voters in states like Georgia, Alabama, Louisiana and Mississippi.

In this scenario, South Carolina, which holds its primary on February 27, would effectively serve as a domino for Clinton, fueling momentum in other southern primaries on March 1.

Time not on Sanders’ side

On a multi-state strategy winding through the South, Sanders is playing catch-up and his aides admit that time remains the biggest challenge. While Clinton has racked up endorsements from elected officials, like Columbia Mayor Steve Benjamin, Sanders has been slow to get establishment support, though he has gotten some backing, particularly from big labor organizers.

On his first visit, a total of 10,000 people came to see him, though the vast majority of those in the audiences were white and many were college-aged. Sanders met privately with African-American leaders on his first visit and plans similar meetings this weekend, with West in tow. Aides said that West, who once called Obama a “Rockefeller Republican in blackface,” could legitimize some of Sanders’ conversations with African-American voters.

“It’s not that the message is not resonating with the African-American community, it’s that we haven’t communicated with them yet,” said Chris Covert, the South Carolina state director for Sanders’ campaign. “We have been busy building our organization and making sure that we have enough people on the ground to have those conversations.”

Sanders, who hails from the second whitest state in the country, has had awkward encounters with protesters from the Black Lives Matter movement, who criticized him for focusing almost exclusively on class while ignoring the racial components of inequality. The confrontations prompted him to bring on more black staffers, including Symone Sanders, who introduces him at many events and typically mentions racial gaps in the criminal justice system in her remarks. Sanders is working on criminal justice reform legislation that targets private prisons and would reinstate the federal parole system. Such moves, along with his support for free college tuition, single-payer health care and a $15-an-hour minimum wage, put him to the left of Clinton, yet it could be too far left for Southerners.

“The south is the most conservative and religious region of the country and that tends to be true for the subgroups as well. The label socialist is not going to be one that’s very attractive across the board,” said Nicol Rae, who wrote the book “Southern Democrats.” “For the hardcore white liberal voters, it doesn’t bother them and he is a fairly moderate socialist, but I don’t see it as a net plus.”

“In the name of John Coltrane,” West said, “you got to get in on the love train.”