Heat surges this week, but here’s when cooler air returns

RICHMOND, Va. — The heat from last week broke this weekend with highs staying in the 80s.  The onshore winds that caused the clouds and limited the heat will change and allow 90° weather to return.

The jet stream will push far enough north to cause 90s inland from Labor Day through Thursday.  A couple of cold fronts will chip away at the heat later in the week.  Upper air winds will push cooler and less humid air into the region next weekend into the beginning of the following week. 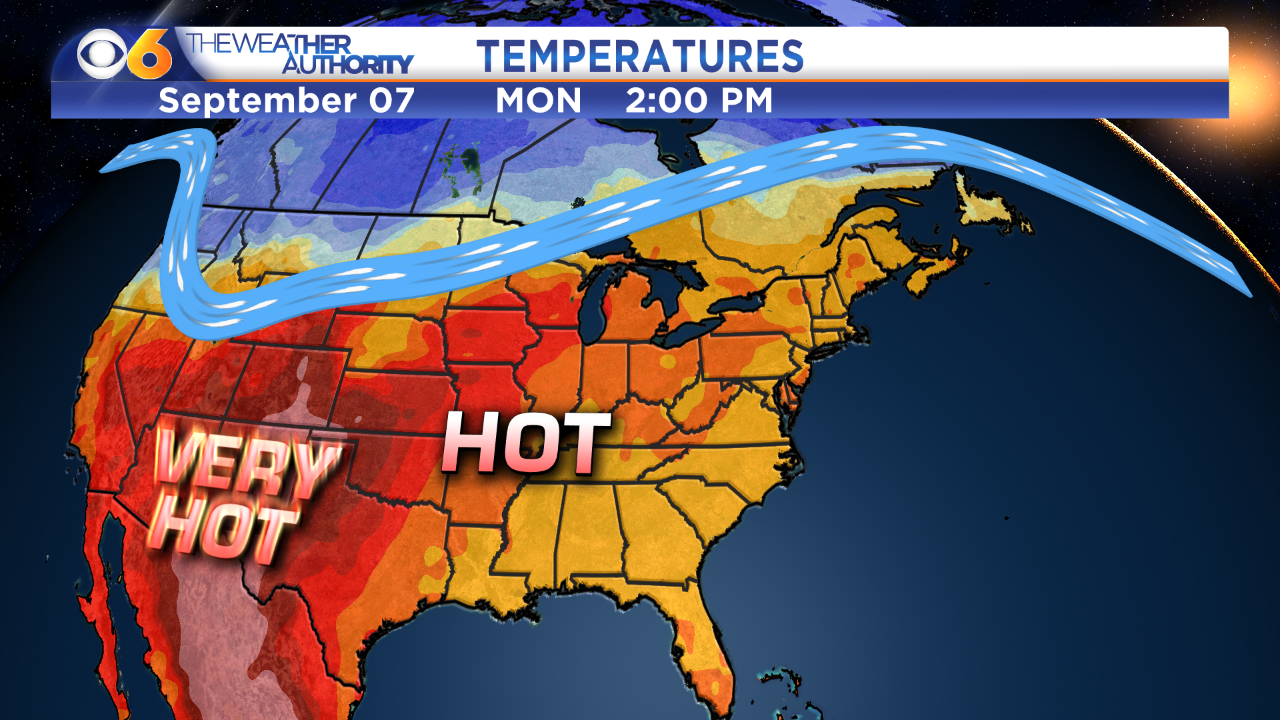 Our total number of 90s has already surpassed the yearly normal, and the 90s achieved this week will push the total above last year’s.   However, it is nothing compared to the summer of 2010.