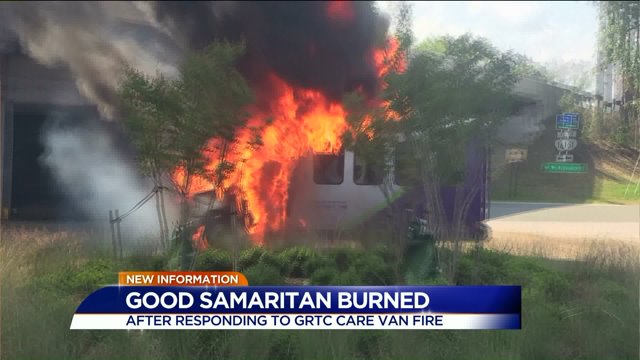 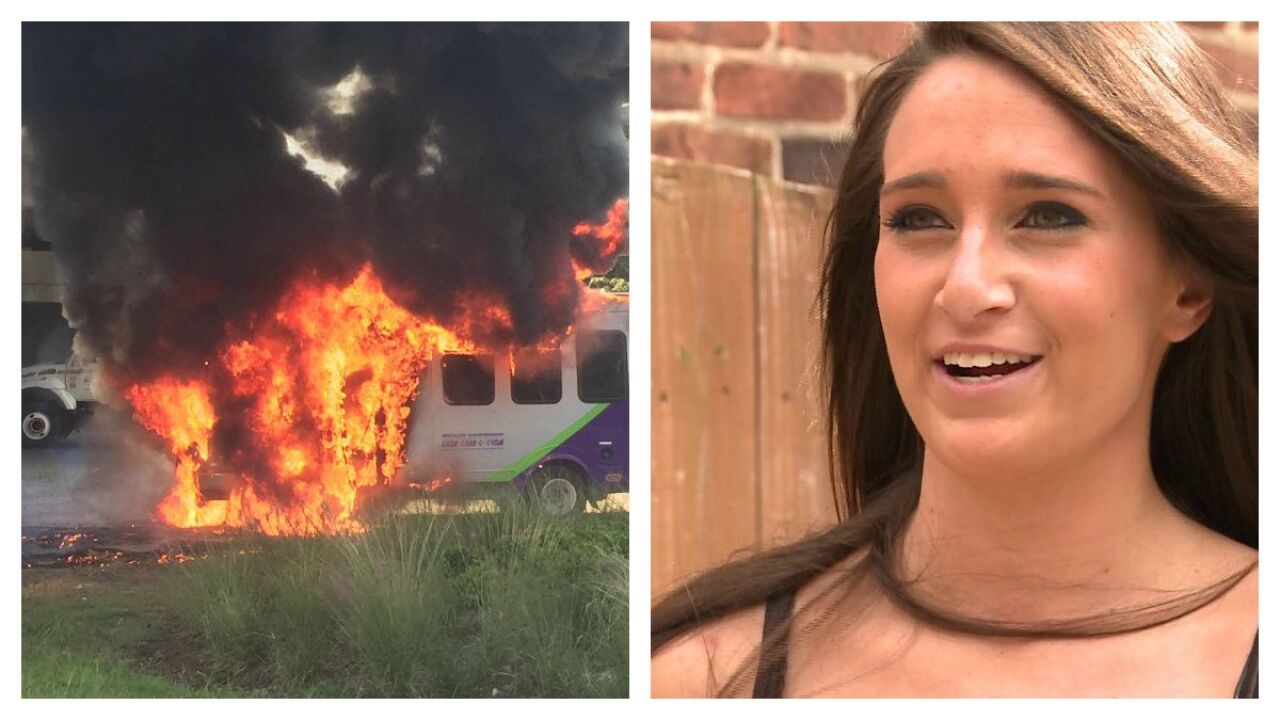 RICHMOND, Va. – A college student jumped into action when she saw a GRTC vehicle engulfed in flames, worried there were people on board.

Mary Keck, a VCU grad student, was headed out to work on a project when she spotted the bus.

The driver was headed north on Interstate 95 when they smelled smoke and called 911. The driver then pulled off at the Boulevard exit and stopped at the intersection of Hermitage and Robinhood Roads.

The GRTC vehicle was consumed by flames, and the smoke could be seen miles away.

"I was really hoping no one was inside,” said Keck.  She quickly jumped out of car and into action to try and save anyone she could.

A college student jumped into action when she saw a GRTC vehicle engulfed in flames.

She said she backed away from the vehicle moments before it exploded and debris started flying in her direction.

The three passengers and driver were able to get out safely.

“…Actually everyone in the bus had evacuated before it caught on fire and they were down the street in a bank parking lot,” Keck said. “So, no I'm not a hero.”

“But if someone was there to be saved, I would've done what I could,” she added.

Keck said she suffered minor burns on her shoulder and foot from the debris of that explosion.

Fire officials said the cause of the fire appeared to be a mechanical problem.

GRTC does not suspect arson or foul play.

The incident is still under investigation.