Donald Trump on Kanye West 2020: ‘I hope to run against him someday’ 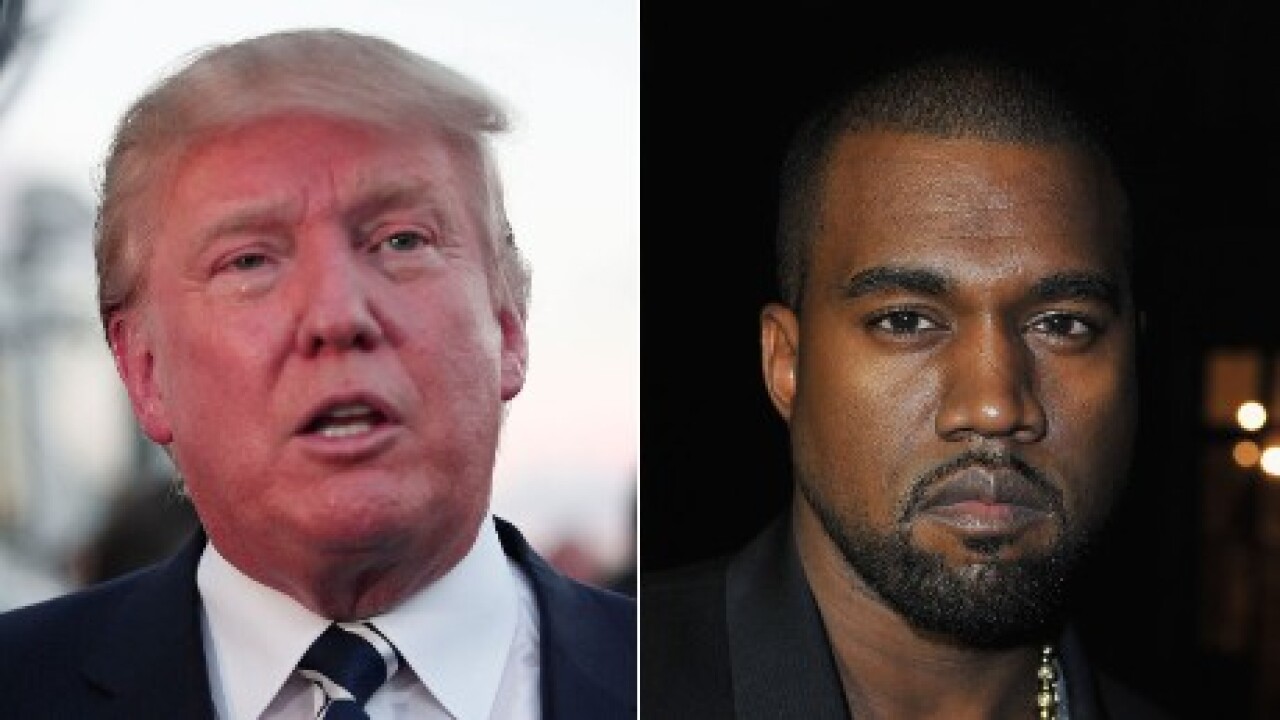 “I hope to run against him someday,” Trump told Rolling Stone in an interview published Wednesday.

Trump told the magazine he was watching MTV’s Video Music Awards Sunday night when West said he would run for president in 2020.

And though it’s not clear how serious West was about hitting the campaign trail, Trump had only positive things to say about the hip-hop artist.

Trump said he doesn’t “quite get” the comparisons that have been floated between himself and the controversy-prone artist, but suggested that — like himself — West is actually very different from how he is perceived by the public.

“He’s actually a different kind of person than people think. He’s a nice guy,” Trump said, pointing to West’s “extremely positive” comments about him in the past.