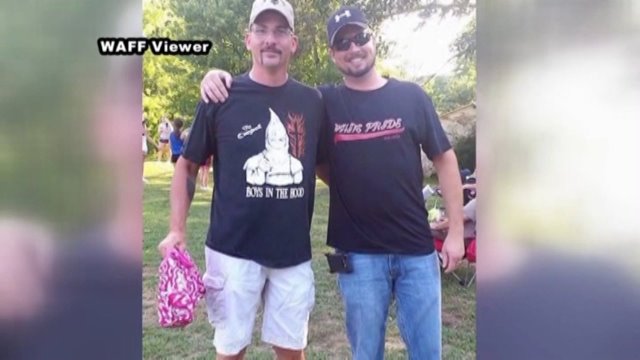 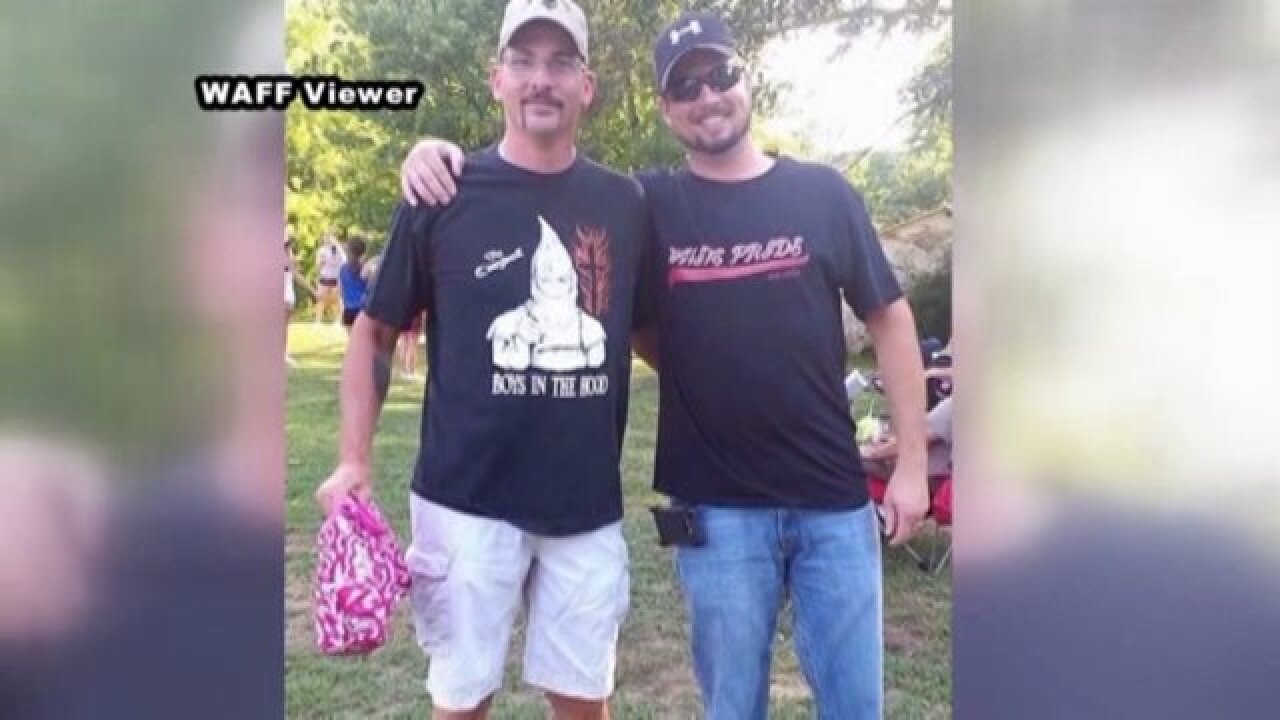 BOAZ, Alabama -- The head of an Alabama youth cheerleading squad resigned from his position after he showed up to a team practice wearing a KKK shirt. A photo of the team's assistant vice president Brian McCracken and his friend was shared with parents and league officials after a mother went to the leaders to complain.

"It's awful, I mean, I don't stand for it, I don't want my kids around it. No one I know wants their kids around anything like that," parent and former volunteer cheer coach Kayleigh Tipton said.

"We ended up taking care of the situation, we informed the parents they are no longer allowed to wear that type of shirt to any functions. We have zero tolerance for any kind of discriminatory apparel or anything," Jones said.

Tipton thought the situation was over, but said the next time she went to practice, vice president for Boaz Cheer Melynnda McCracken asked her not to come back as a volunteer coach.

"I'm just disgusted because I feel like I didn't do anything wrong besides make a complaint that should have been kept private to begin with," Tipton said. "I asked why and she could not give me any reason."

Despite the mother's concerns, Jones said the decision had nothing to do with Tipton's complaint.

"There was some parent concerns of some drama that was going on so we had to come in, evaluate, do our diligence and see what actions were necessary," he said.

Brian and Melynnda McCracken have both since resigned for their roles from the cheer squad. The Tipton family said those resignations needed to happen, but the damage has already been done to their children.

"It's hard for a biracial child that is four and five to understand what racism is," father Cody Tipton said. "It just outrages me and a lot of other parents but no one will stand up to it because of the consequences their children will get."