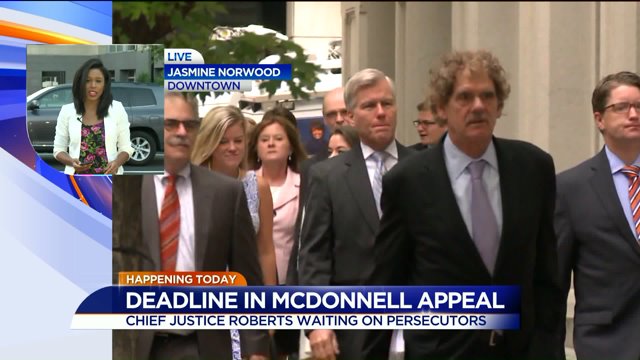 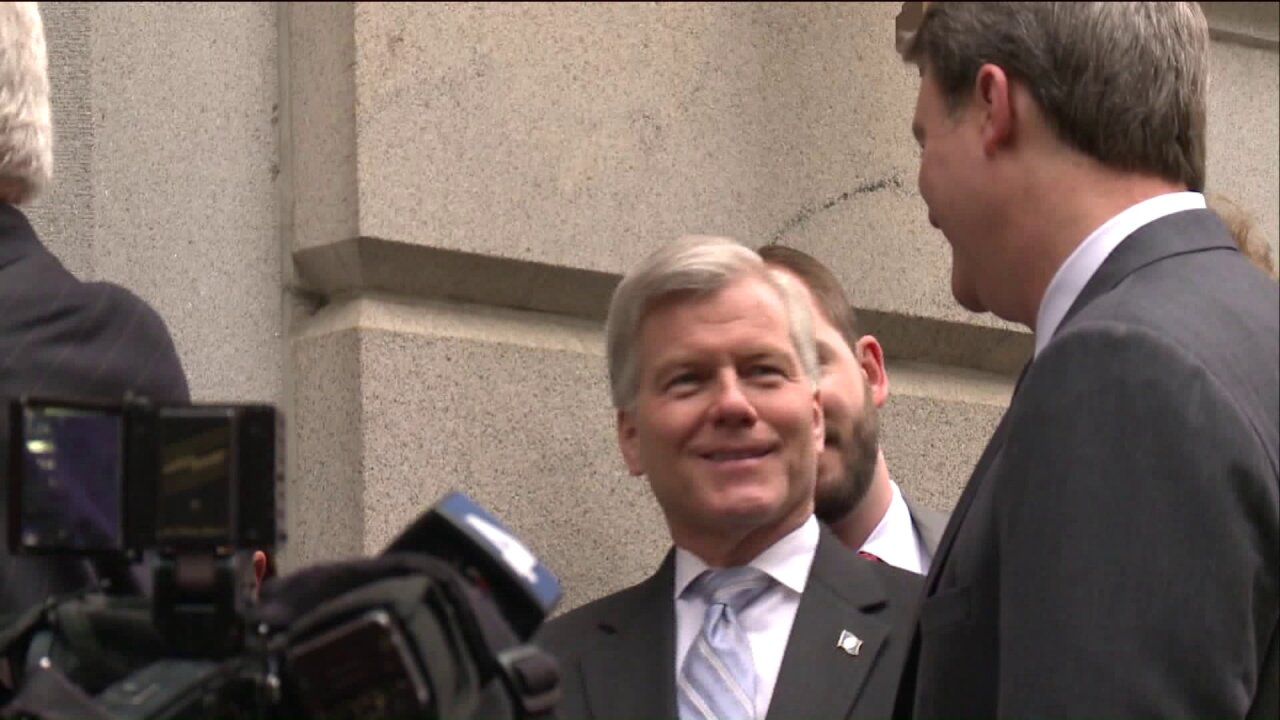 But on Monday, Chief Justice John Roberts ordered the government to respond by Wednesday at 4 p.m., to McDonnell’s petition to remain free pending his appeal. [READ: Order from Chief Justice Roberts]

So McDonnell will remain free until Roberts, or the entire Supreme Court, considers the government’s response.

Cbs 6 legal analyst Todd Stone  explained, "Essentially, the Supreme Court is saying, Bureau of Prisons you wait, we are wanting to hear both sides of the argument on bond, and then we are going to make a decision about whether he can remain on bond pending appeal."

Monday’s order stays the recent ruling of United States Fourth Circuit Court of Appeals, which had ordered McDonnell to report to prison within the next few weeks.

McDonnell was convicted last year of accepting gifts and loans in exchange for political favors, a conviction he has appealed twice.