Local singer ‘stable’ after being injured in Chesterfield Crash

RICHMOND, Va. — The Charles City singer who was critically injured in a Sunday morning crash in a Chesterfield neighborhood, is “stable” today according to friends and family.

They said after 48 hours, breathing tubes are out, and Governor “GIO” Washington is breathing on his own.

Washington, who earned worldwide acclaim performing with stars like 50 Cent and T.I.,  was taken to VCU Medical Center with serious injuries following the Sunday morning’s crash on Ironhorse Road.

The crash catapulted Washington from his Jaguar, leaving him with a collapsed lung, broken ribs, and internal injuries.

According to a family member, Washington mouthed “I love you,” upon first opening his eyes Tuesday. They said, when Washington was told about the out pouring of support on social media he became teary-eyed, mouthed a soft thank you.

“He gave kind of a half-crooked smile because his mouth is messed up, but I could tell he was very happy,” his daughter Shayla said.

The crash remains under investigation by Chesterfield Police. The father of two grew up in Central Virginia before leaving to join the Navy and later starting his music career. 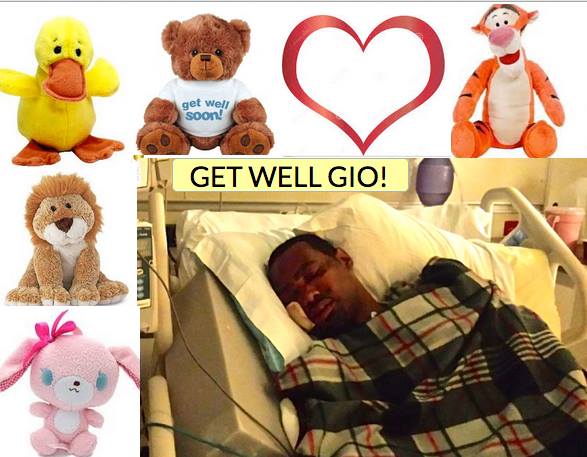