‘Be happy I was here,’ states obit for 104-year-old Colonial Heights grandmother 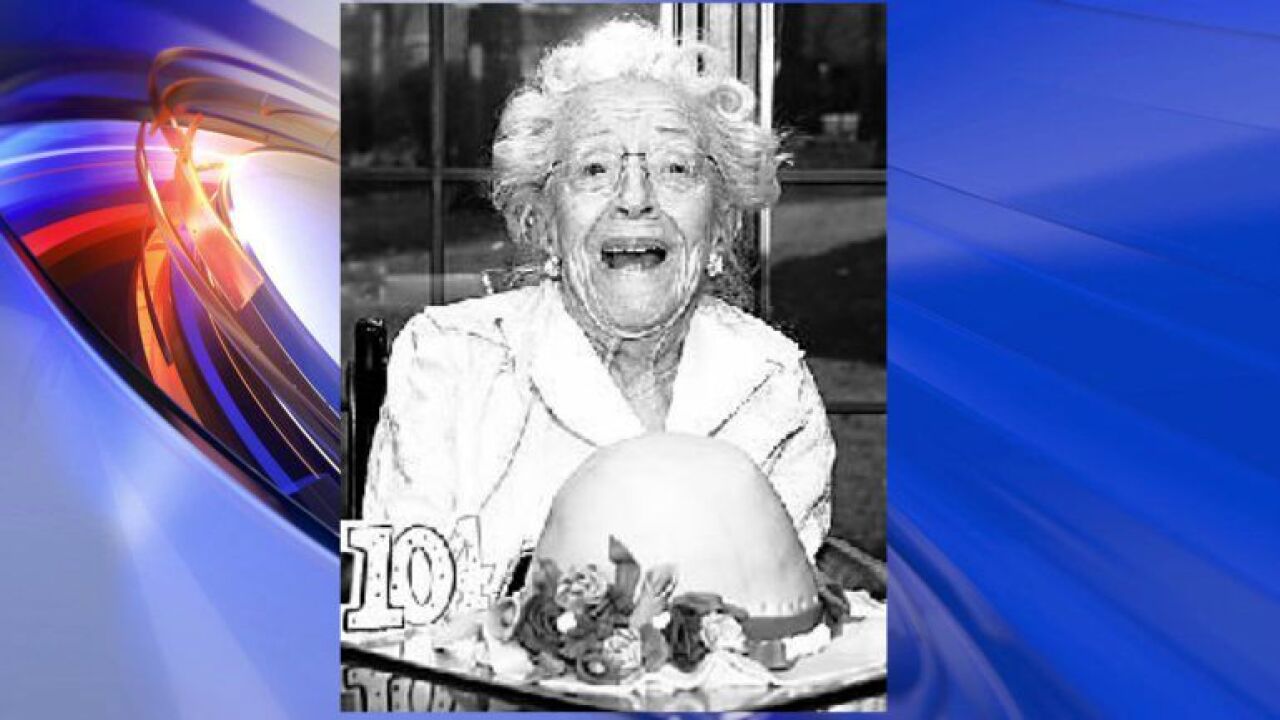 Dorothy McElhaney shares her memories in her obituary that she penned.

LATEST UPDATE:  CBS 6 Reporter Wayne Covil spoke with the family of a 104-year-old Colonial Heights woman, who plagiarized part of a Florida woman’s obituary. Glenna Kramer, Dorothy McElhaney’s  daughter, acknowledged that she copied part the obituary she and her family crafted for her mother from the tribute to a Florida woman. The tribute to their grandmother was based on the obituary Emily DeVrayda Phillip’s penned before she died in March of cancer.

PREVIOUS UPDATE: Late Tuesday, the newspaper reported McElhaney's family, not McElhaney herself, was responsible for the obituary. Read more here.

COLONIAL HEIGHTS, Va. -- A true gem was left in the obituary section of the local paper about Dorothy McElhaney. She was born on Nov. 15, 1910, and died 104 years later, on August 8, 2015. She will be buried August 13, 2015. However, many chapters were written in between those two dates, and Dorothy chronicled the highlights in her own obituary.

It begins, "It pains me to admit it, but apparently, I have passed away," and ends with an invitation to walk with her on her final carriage ride.

"I was born at a time when everybody rode in a horse and buggy and I will travel to my final resting place in a horse drawn carriage," Dorothy wrote. "You're invited to walk behind me as I take my final carriage ride."

The memories she shares are as clear as snapshots passed hand to hand.

"So many things in my life seemed of little significance at the time; they happened, but then took on a greater importance as I got older," Dorothy wrote. "The memories I'm taking with me now are so precious and have more value than all the gold and silver in my jewelry box. Memories where do I begin?"

So, I was born; I blinked; and it was over. No buildings named after me; no monuments erected in my honor.

But, I DID have the chance to know and love each and every friend as well as all my family members. How much more blessed can a person be?

So in the end, remember, do your best, follow your arrow and make something amazing out of your life. Oh, and never stop smiling.

If you want to, you can look for me in the evening sunset or with the earliest spring daffodils or amongst the flitting and fluttering butterflies. You know I'll be there in one form or another. Of course that will probably comfort some while antagonizing others, but you know me...it's what I do.

I'll leave you with this, please don't cry because I'm gone; instead be happy that I was here (or maybe you can cry a little bit. After all, I have passed away).

Today I am happy and I am dancing.

Read the full obituary which chronicles her journey and memories, here.