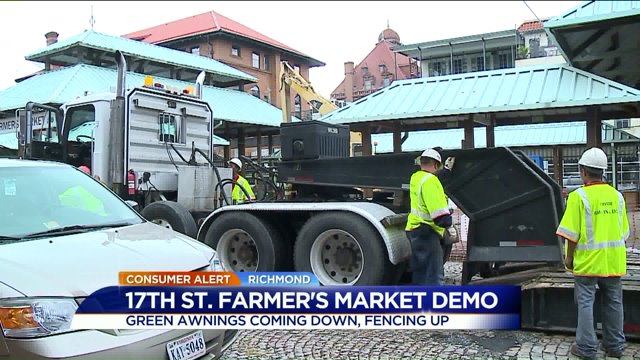 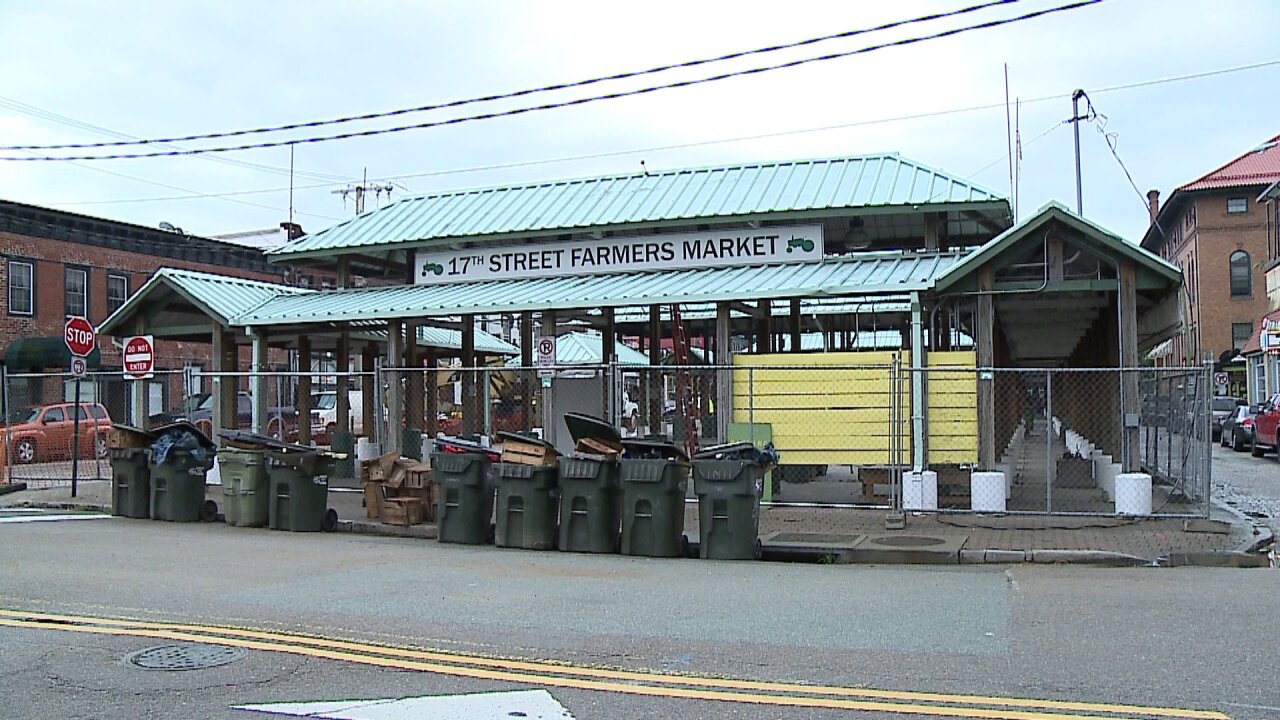 RICHMOND, Va. -- Demolition began Monday at the 17th Street Farmers' Market in Richmond's Shockoe Bottom. The city planned to open up the space to make it more than just an area for a market.

"While fencing will be placed around the project site, no streets are scheduled for closure during the shed removals," city spokeswoman Tammy Hawley wrote in an email. "Existing produce vendors at the 17th Street Market will be moved to the Main Street side of the market where they can continue to set up stands. Plans include salvaging and repurposing the sheds, which will be coordinated by Enrichmond."

The city began its Shockoe Bottom Revitalization Strategy in 2010 and determined the "existing under-performing market" should be transformed into an urban square.

"A new public market ties in well to core identity themes for Shockoe of food, entertainment, entrepreneurship, and history. Plans include a combination of spaces that includes a permanent structure housing a year round public market of food, crafts and other items; outdoor or open areas serving as an expansion area for seasonal markets (farmers market, holiday market), programmed activities and events; and space for any administrative or small business development activities associated with the market," Hawley said.

The demolition that began Monday is expected to take two to four weeks to complete.

"All the sheds, with the exception of the middle bay and the end bays on Franklin and Main Streets, will be removed," Hawley said. "During the next phase, the Department of Economic and Community Development will seek proposals to manage, operate and brand the 17th Street Market."