BLACKSTONE, Va. -- Police found no one inside a home that sparked an hours-long massive police response in Blackstone Saturday, according to Blackstone Mayor Billy Coleburn.

According to eyewitnesses, there was a heavy police presence on North High Street, including members of the Virginia State Police and Nottoway County Sheriff's Office, just after 8:30 a.m.

"Officers were dispatched to a North High Street residence to investigate a report that a subject, armed with a gun, had broken into the house and two young females were trapped inside the residence," Blackstone police posted on their Facebook page.

In a video captured by a WTVR CBS 6 viewer, sirens can be heard blaring as state police in an armored vehicle instruct someone inside a home to come out.

Around 1:45 p.m., the police chief told Coleburn they found no one inside the home. 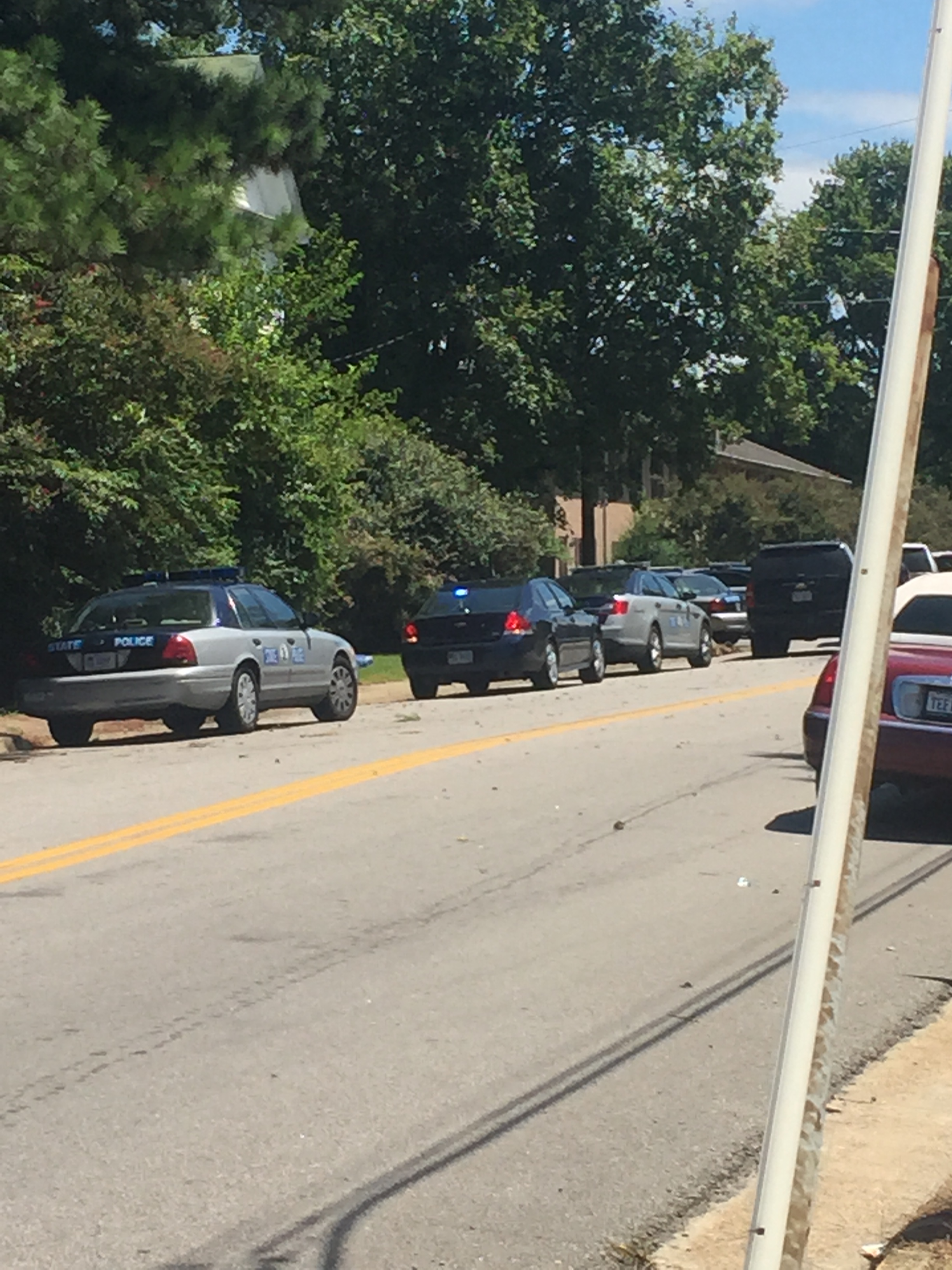 While details remained slim for much of the morning, a clearer picture of what apparently unfolded is coming to light.

The mayor said the situation started just after 8 a.m. when Deneen Dowtin and her boyfriend left their home on High Street to go to Amelia County. Dowtin left her 13-year-old daughter and her 9-year-old niece home alone.

"Really I was about to have a nervous breakdown,” Dowtin said. "I thought my life was ending."

Soon after the pair left, Coleburn said the woman's daughter reported hearing someone enter the home and then something fall on the floor.

"When she got up she saw a gun on the dining room table," Dowtin said.

The mayor said the child got so scared that she jumped under the covers and texted her mother, who headed back home.

Meanwhile, the 13-year-old told her mother the family's dog "went crazy." She then said she heard the intruder feeding the dog, before the animal headed upstairs. The child said she heard footsteps following the dog.

"Blackstone Police Officers, a deputy from the Nottoway County Sheriff's Office and a Virginia State Trooper responded and set a perimeter around the house," officials posted on Facebook. "Officers were able to remove a screen from one of the first floor windows and physically removed the girls from the residence and brought them to safety."

Officials said that "while still maintaining a perimeter on the residence," Virginia State Police Tactical Teams were called in and the home was eventually searched with the help of canine units.

While no one was found, Dowtin said the entire situation has the family on edge.

"You have to look around at everybody who is outside... and see who's missing out of the group that would normally be here,” she said.

If you have any information that could help investigators, call the Blackstone Police Department at 434-292-3322.