HENRICO COUNTY, Va. -- Laurissa Jarvis told a Henrico judge she had never been in trouble before. The argument was not enough to persuade the judge to grant the 37-year-old mother bond. Jarvis was arrested Tuesday after police said she drove her SUV off the road, through two lawns and into Eric Topp's home near the intersection of Kelbrook Lane and Old Wyndham Drive in the Wyndham community.

"She heard the screech and saw the car come right into the house," Topp said. "What's amazing is there isn't really any brake marks in the yard."

Police told Topp it appeared the vehicle was traveling between 60 and 65 miles per hour when it crashed. Jarvis' seven-year-old son was in the SUV when his mother crashed. Neither Jarvis, nor her son was seriously hurt.

"She [Jarvis] was very emotional and very upset, but she was also very caring and concerned about my daughter," Topp said. "It was obvious that she wasn't 100 percent."

Police agreed and attempted to give her a field sobriety test. Jarvis was eventually charged with driving under the influence / with a child in the vehicle, assault on law enforcement officers, refusing to submit to a blood or breath test, obstruction of justice (interfered with medical staffs efforts to obtain blood sample) and child endangerment, according to Henrico Police.

From jail Wednesday, Jarvis said she suffered from anxiety and was on medication to control the condition. She said her doctor recently increased her dosage. She added she could not believe what had happened. 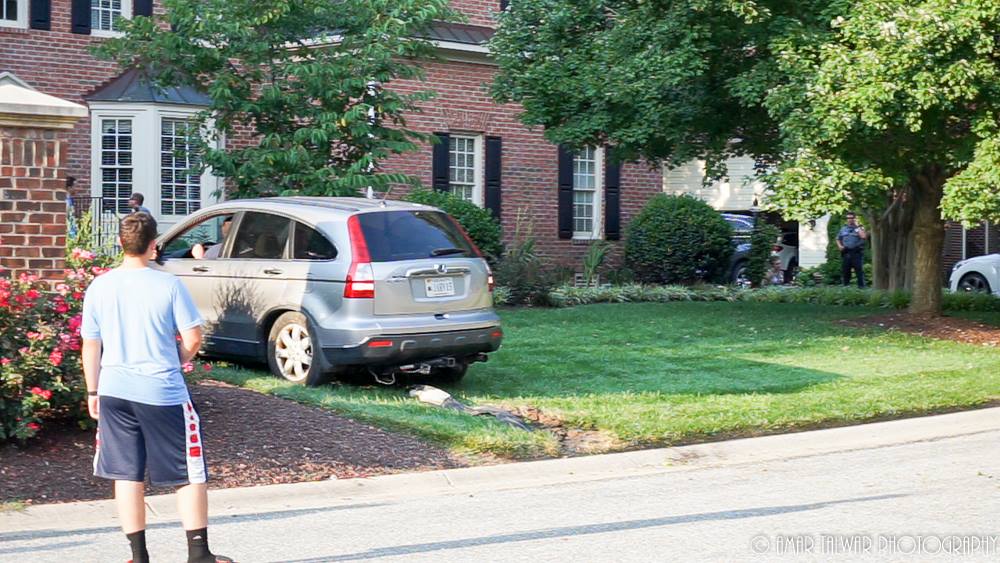 “The investigation revealed that the driver [Jarvis] had driven off of the road and through two yards before striking the garage of the residence,” Henrico Police Lieutenant Richard Cosby said. “The vehicle sustained approximately $6,000 in damage and the home had obvious signs of damage where the mortar and bricks were damaged on one end of the garage and the interior suffered damage as well.”

Police said Jarvis’ son was properly restrained in a child seat at the time of the crash.