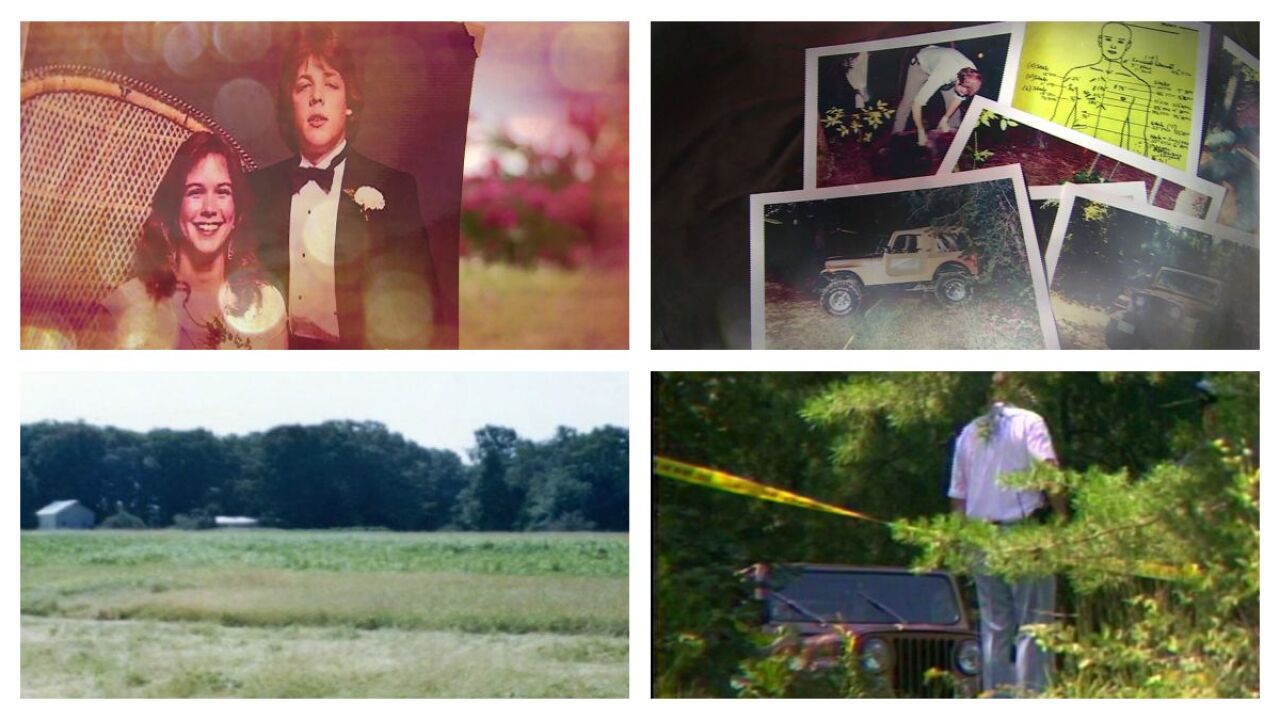 HENRICO, Va. -- Thirty-one years ago in August, two people were found brutally murdered in the Henrico woods which once sprawled out along Patterson Avenue, now known as the suburban Kings Crossing division.

Family, friends and investigators have been frustrated for years, wondering who murdered Donna Hall, an 18-year-old Freeman High School graduate and Mike Margaret, a 21-year-old graduate of Tucker High School.

The couple, together approximately four years, was last seen alive on August 17, 1984.

Below is a list containing points that law enforcement believes are some of the most crucial details among the evidence – and speculation – of what happened that dreadful night.

Detective Holsinger, who works within the Henrico Police Department’s Violent Crimes Unit, said they have been getting a lot of tips since a special report by CBS 6 reporter Greg McQuade aired July 22. He said they have collected more information now than detectives had three decades ago.

People have moved on from previous friendships and bonds that may have kept them from talking to police at the time, Holsinger said. He also said that people have kids now, a new emotional factor that helps prompt more tips.

“[It] would be great to have a call where they said ‘I saw this, it’s eating my conscience alive,’ this is what I want to tell you,” Holsinger said.“The other thing that would be great is to get a hit when we send out physical evidence, a name that can be connected to everything we have been told."

A Facebook group created by friends, former classmates, and those seeking justice for the murders is very active right now, with multiple posts about the murder.

That group has organized an event celebrating the lives of Donna Hall and Mike Margaret, to be held on Friday, August 14 at Bar Louie Short Pump. It starts at 6 p.m. – until finished. They hope to bring awareness and closure to the crime.
Anyone with information about this crime is urged to call Detective Thomas Holsinger at (804) 501-5276.