CHESTERFIELD COUNTY, Va. -- A Chesterfield County man is out to prove he is the biggest Redskins fan in the county, and he’s letting his yard do the talking.

Clevane Gillespie Sr. has designed a yard sized tribute to his favorite football team. Gillespie started the project in 2012 and said he does different variations every year.

The detailed piece of lawn art is made from different colored mulches. Gillespie said he started the art project in after mowing over too many yellow jacket nests. 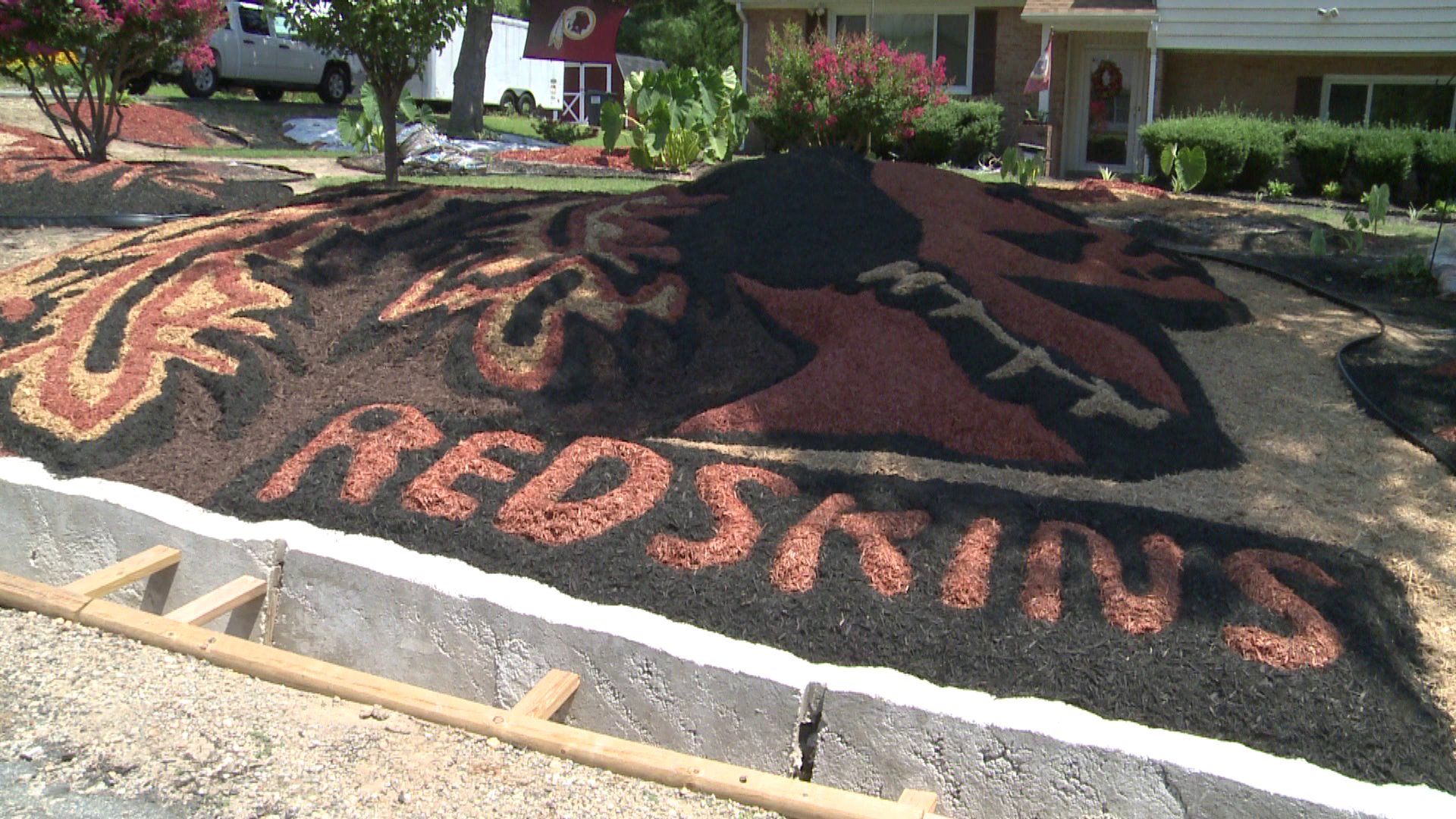 This year he said he elevated the Redskins logo so everyone can see it. In addition he is making a special tribute for Redskins quarterback Robert Griffin III.

“Hopefully the Redskins will come by and see the greatest fan in the United States of America," Gillespie said. "They can come by and take pictures around it (yard) to show that they represent me too.”