‘Boom like thunder,’ fire and smoke downtown after transformer explodes

An explosion and fire occurred late in an underground electrical facilities vault near the corner of 6th and Main Street, according to spokesperson Janell Hancock with Dominion Power. The cause is under investigation.

Scroll down for live updates.

One DVP lineman was taken to an area hospital and treated for smoke inhalation. A detailed report on the lineman’s condition is not available at this time but he is expected to recover.

Richmond Fire helped people trapped in elevators. People were urged to avoid the downtown area, if possible. The streets were slated to open around 5 p.m., according to officials.

There were power outages from the 500-800 blocks of East Main Street. Power was back on about four hours. Approximately 375 were without power. 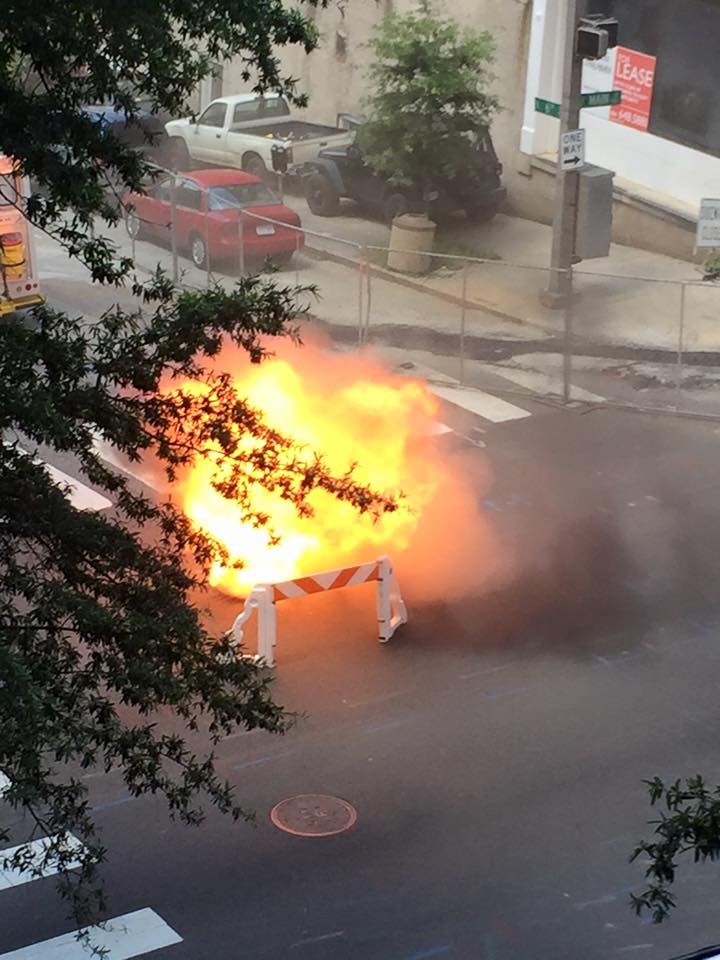 Are you on the scene? Do you have a picture or newstip to share? Email the newsroom.