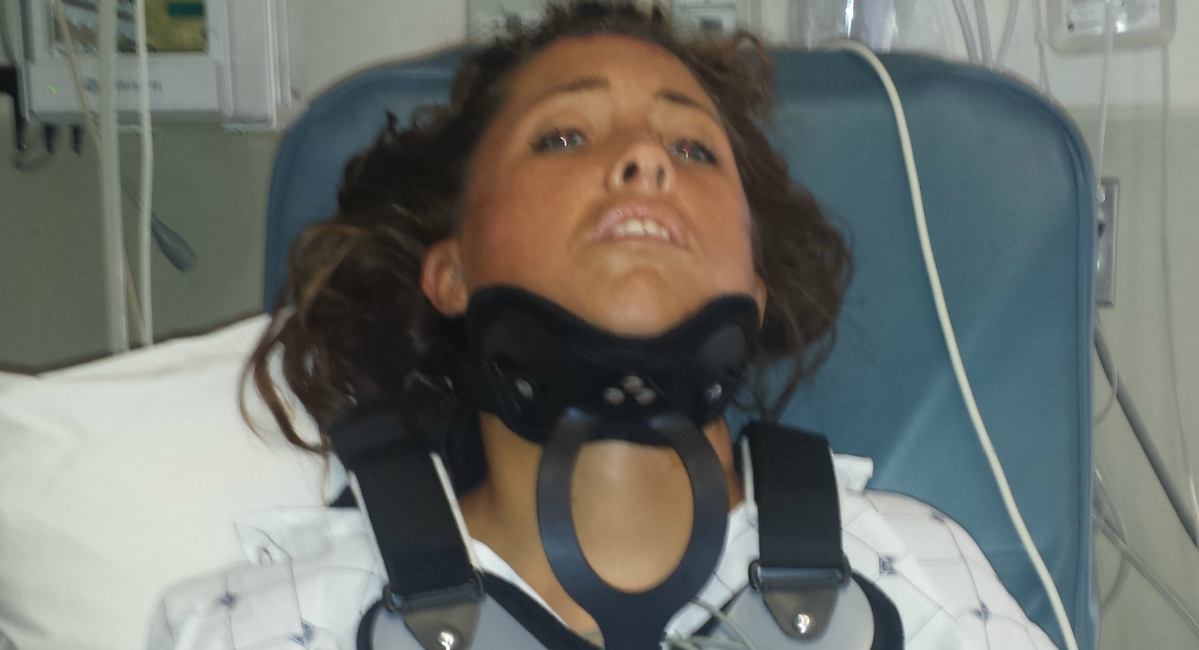 “Kara is suffering from multiple fractures in her thoracic and cervical spine. She also has fractures of her scapula (shoulder blade) and radius (one of the bones in the forearm),” Smith’s father Scott Smith wrote on a GoFundMe account set up for his daughter. “Gage is still in a medically induced coma while they tend to his head injuries. We are uncertain when he will regain consciousness as his care continues aggressively.”

Smith said his daughter should be able to come home this week, but will not be able to immediately return to her job at Geico in Stafford. He said any money raised through the online account would help pay her medical costs and help care for her eight-year-old son. A separate GoFundMe account was established for Ford.

“It’s heartbreaking,” Scott Smith said. “Your kids are always your kids, no matter what their age, you always want to protect them.”

During his career as a firefighter, Scott Smith said he has seen the worst kinds of accidents. Based on his experience, he said he was surprised anyone survived the accident that injured his daughter.

“I have looked at the photos of the automobile — it looked like a non survivable event,” he said. “It’s amazing they’re both alive.”

Smith said another driver on the road that night saw the tree fall and flagged down a Virginia State Trooper who rendered aid. Both Smith and Ford were flown to the hospital.

Our family is thankful that we aren’t dealing with the issue of blame or anger,” Smith said. “Most events like this involve someone doing something wrong causing harm to others. In this instance, there isn’t that issue. No one did anything wrong. In fact, everything right seems to have happened. The State Trooper arrived on-scene quickly, the Fire and Rescue Crews did a quick and effective job of extrication, and the care given allowed them to be transported to the right care facilities.”

Neither Kara nor Gage’s children were in the car at the time of the accident.

“Both of them are loving parents who work extremely hard to take care of their children,” Scott Smith said. “All who know them will tell you they are devoted to one another and more importantly they are extremely devoted to their children. They give of themselves because they genuinely care about others. They are surrounded by their families and an extended network of friends during this difficult time.”

The King George incident occurred about a  week before a similar, but fatal, accident in the Doswell-area of Hanover County. Robin Adams, 50, was killed when a tree fell on her car near the intersection of West Patrick Henry Road and Poplar Valley on July 11.

Hanover Sheriff’s Major Michael Trice said Adams’ yellow Chevrolet Camaro was traveling westbound when it was struck by a tree that split in half and fell onto the road. A black Honda CRV that was driving eastbound was also hit. The trunk of the tree that slammed into the cars measured 2 feet 8 eight inches thick.