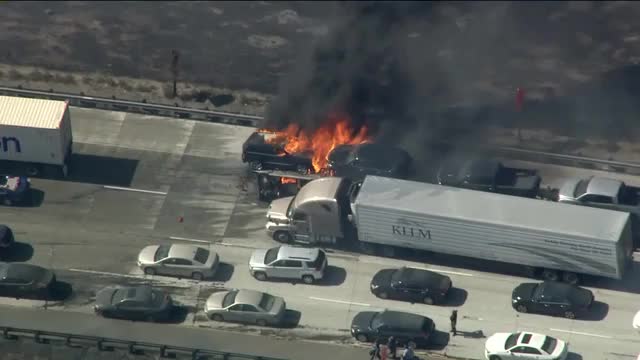 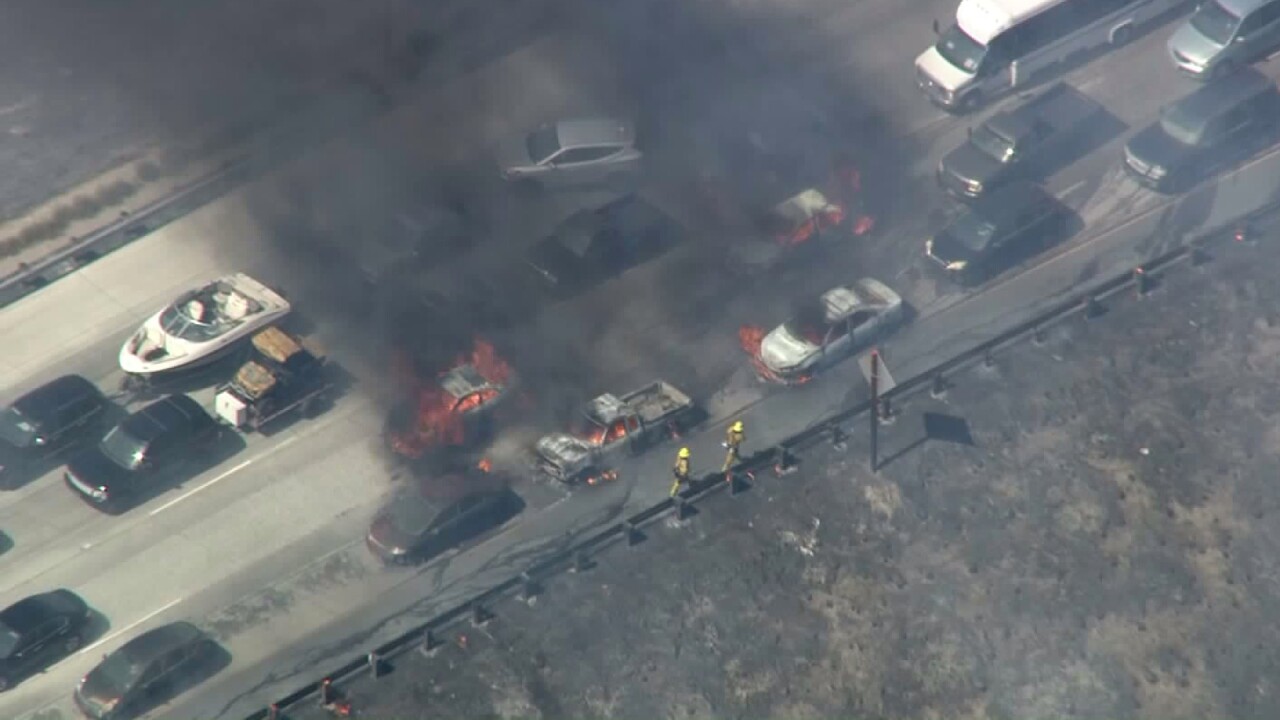 SAN BERNARDINO COUNTY, Ca -- Several cars and trucks in a long line of abandoned vehicles on a California freeway caught fire as flames from a brush fire jumped the highway Friday.

There were no reports of injuries, said Steve Carapia of the California Highway Patrol. He estimated there were up to 70 cars, trucks and tractor-trailers on I-15 northbound near San Bernardino.

Twenty vehicles were destroyed and 10 were damaged, San Bernardino County Fire said on its Twitter feed.

Five homes were burned and about 50 more buildings were threatened, the department said.

"You could see the flames moving from the west side of the I-15 freeway, and basically we just watched it as it literally jumped over the freeway and started the fire on the other side. And it just got worse from there," Ryan McEachron told CNN's "Anderson Cooper 360˚"

He said southbound traffic also had stopped and suddenly a huge group of people came walking up the road.

"At which point everybody on the freeway just started turning their vehicles around," he said.

Video shot from helicopters over the blaze showed several cars and a tractor-trailer on fire. A boat on a trailer was also ablaze. Helicopters dumped fire retardant on some of the vehicles.

A DC-10 also joined the battle against the fire.

Officials with the San Bernardino National Forest said the quickly spreading brush fire in the Cajon Pass had grown to 3,500 acres in four hours.

It was 95 degrees Friday afternoon with winds to the south at 20 mph.

You can watch a live stream here.

#NorthFire appears to be approaching ranch-type homes on NW side of fire, @Sky5Tim reports http://t.co/iENpSzKvDW pic.twitter.com/uWvSoWJavy