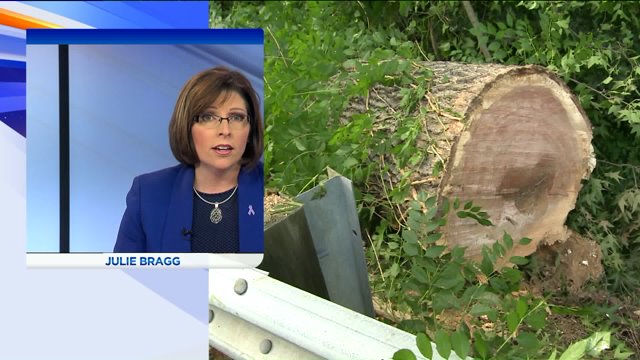 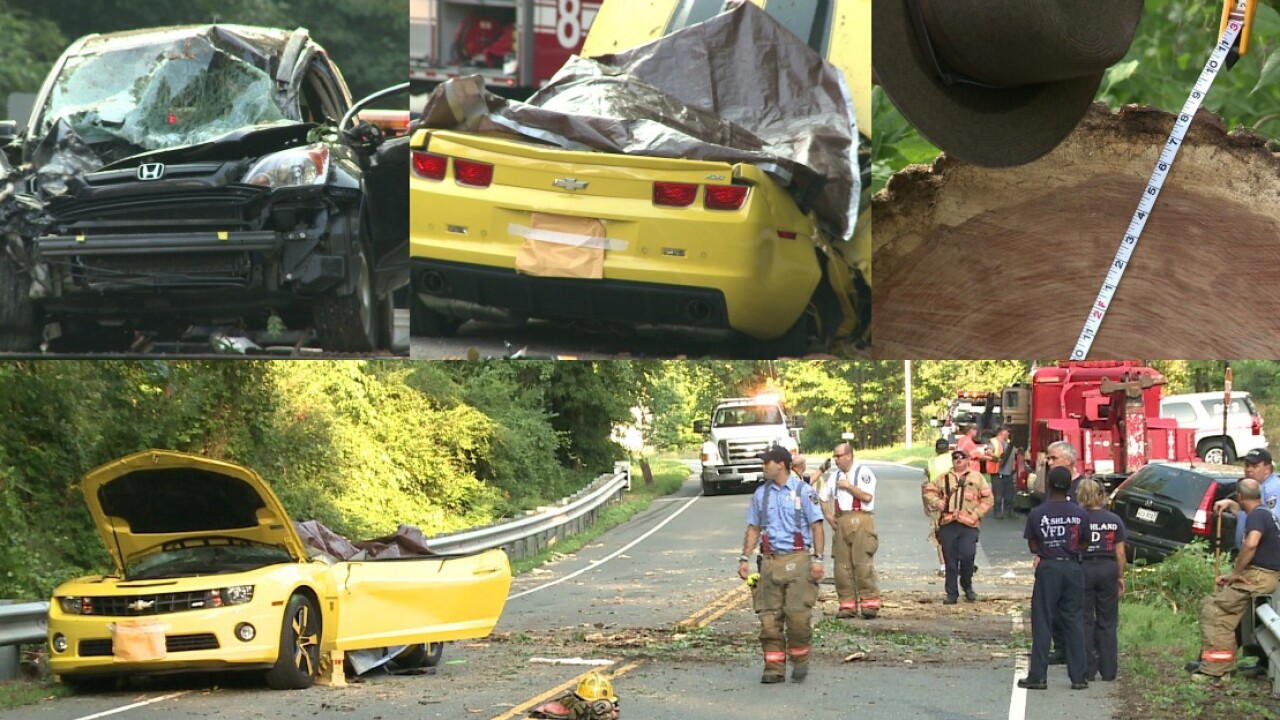 HANOVER COUNTY, Va. -- Authorities have identified the woman killed after a tree snapped and crashed into two vehicles Saturday evening as 50-year-old Robin Adams of the Doswell area of Hanover County.

The Hanover County Sheriff's Office said the tree fell on two cars driving near the intersection of West Patrick Henry Road and Poplar Valley just after 5 p.m. The accident scene was near Falling Creek Estates and about a half mile east of Blanton Road.

Major Michael J. Trice with the sheriff’s office said a yellow Chevrolet Camaro was traveling westbound when it was struck by a tree that split in half and fell onto the road. A black Honda CRV that was driving eastbound was also hit. The trunk of the tree that slammed into the cars measured 2 feet 8 eight inches thick. 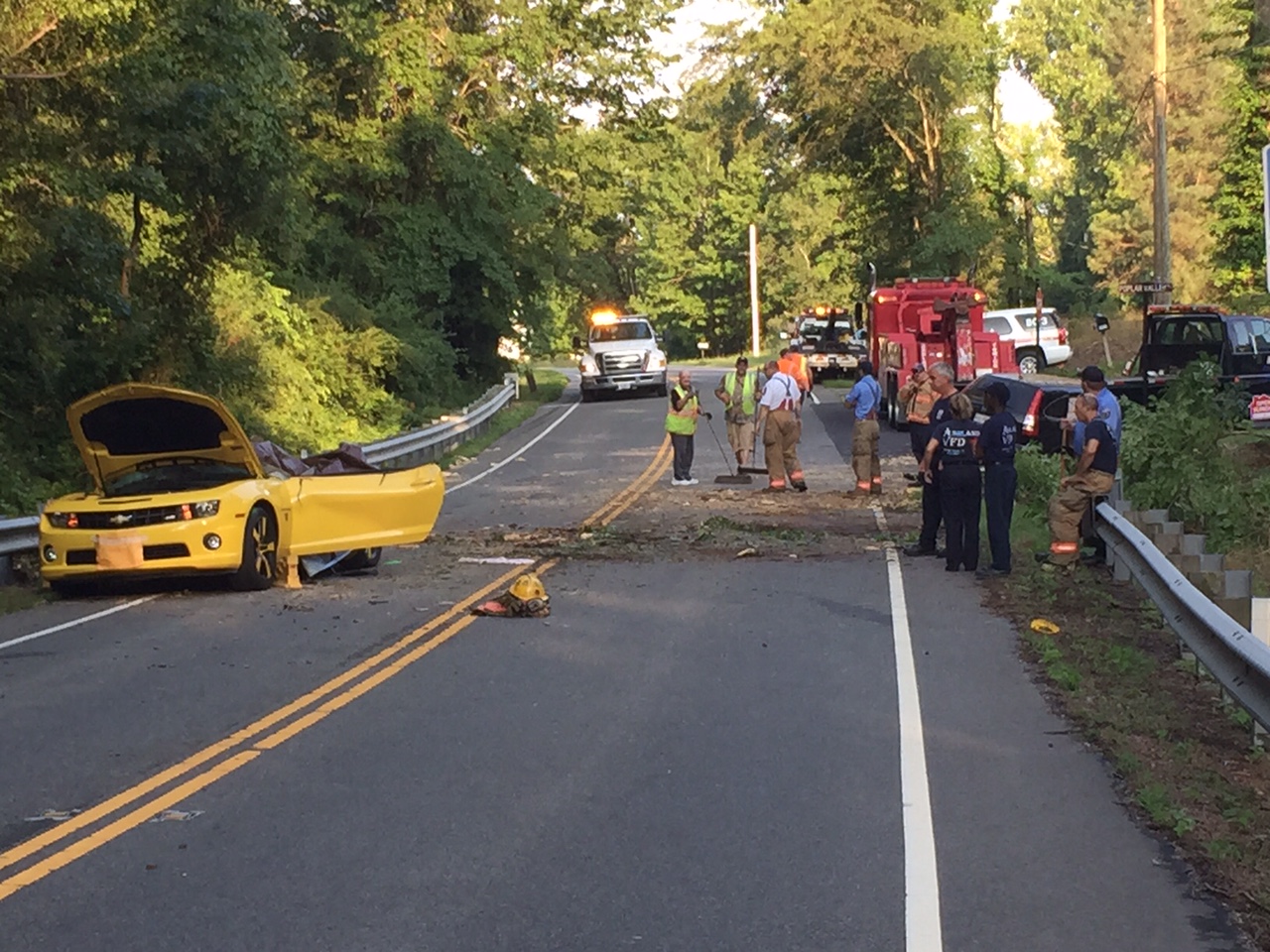 Adams, the driver of the Camaro, died at the scene, officials said.

The driver of the SUV was transported to VCU Medical Center with unknown injuries.

WTVR CBS 6 talked with Kathy Seay, who said she and her family were in a car right behind Adams' yellow Camero. Seay said her heart breaks for Adams' family.

She went on to say the accident happened in a matter of seconds and that there was not even enough time to comprehend what was happening.

"Honestly I do not think anybody that was injured in that accident could have even known it was coming down it was just so quick."

A section of westbound Patrick Henry Road from Independence Road to Blanton Road was closed for hours as crews cleared the scene.

On Sunday, flowers and a sign sat on Patrick Henry Road in remembrance of Adams.