WASHINGTON -- The U.S. Marshals Service (USMS) is offering a reward of up to $5,000 for information on the whereabouts of 14-year-old Hayleigh Wilson. The Surgoinsville, Tennessee teen has been missing since  June 22 and is believed to be in the company of known sex offender Benjamin Shook.

"The Marshals Service is fully engaged and partnering with local authorities in recovering this critically missing child," said U.S. Marshals Service Director Stacia Hylton. "Shook is a known sexual predator and a threat to Hayleigh and others. We need the public’s help to apprehend Shook and safely recover Hayleigh."

Hayleigh left her home on Monday, June 22, took her father’s 2004 Ford Explorer and drove off to pick up 41-year-old Shook, police said.

"The child is believed to be in danger and was last seen in Smyth County, Virginia," Virginia State Police said. "The vehicle they were in was recovered in Grayson County, Virginia, and they are now on foot."

Hayleigh is described as a white female with brown hair and hazel eyes, and wears glasses. She is approximately 5 feet 5 inches tall and weighs about 150 pounds.

Shook is described as a white male with brown hair and blue eyes, and wears glasses. He stands 6 feet 3 inches tall and weighs about 190 pounds. Shook has a scar on his left leg and multiple tattoos on his arms, legs and chest. He may not be wearing eyeglasses at this time

"It looks like both the child and the suspect met on an online app" called Kik, Surgoinsville Police Chief James Hammonds said. On its website, Kik says it has 200 million users.

The website Be Web Smart, which aims to help parents understand their children's digital world, expressed concern about use of the app by children in a 2014 article, updated a few weeks ago. It notes that while many people use Kik to simply send messages to friends, because "it is very popular for sexting ... it is not a good choice for kids." Kik is rated 17+ in Apple's App Store.

Hammond also expressed concern about the use of such apps by children. "These kids talking to these people on these chat apps and they really don't know who they are talking to," he said. "It is really a dangerous thing."

An Amber Alert was issued after Hayleigh, wearing a sleeveless, flowery top and dark shorts or skirt, was seen at a Walmart in Marion, North Carolina, with Shook, who has an active warrant out for failure to register as a sex offender. "We have no idea where they could be headed," Hammonds said. "And it looks like they were buying tenting equipment at the Walmart."

Hayleigh's father, Eddie Wilson, made a tearful plea for her return. He told CNN affiliate WATE, "You don't know if she's going to be home tomorrow or a year from now. I want Hayleigh to know that we love her and we want her home. We won't stop looking for Hayleigh."

"She's a respectable little Christian girl but she got lured in," he said.

Wilson also appealed directly to Shook, saying, "For Hayleigh's sake I just ask you to be man enough to bring her home safe. Just let her out and go your own way, but bring my little girl home."

Shook is described by police as a white male, 6 feet 3 inches and 175 pounds, with blue eyes, brown hair and multiple tattoos. He was last seen wearing a blue shirt with "Ford" written on it, dark shorts and a camouflage baseball hat. 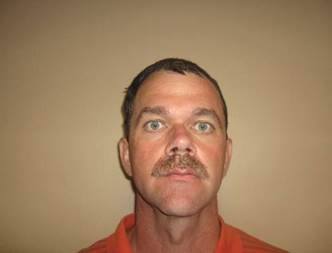