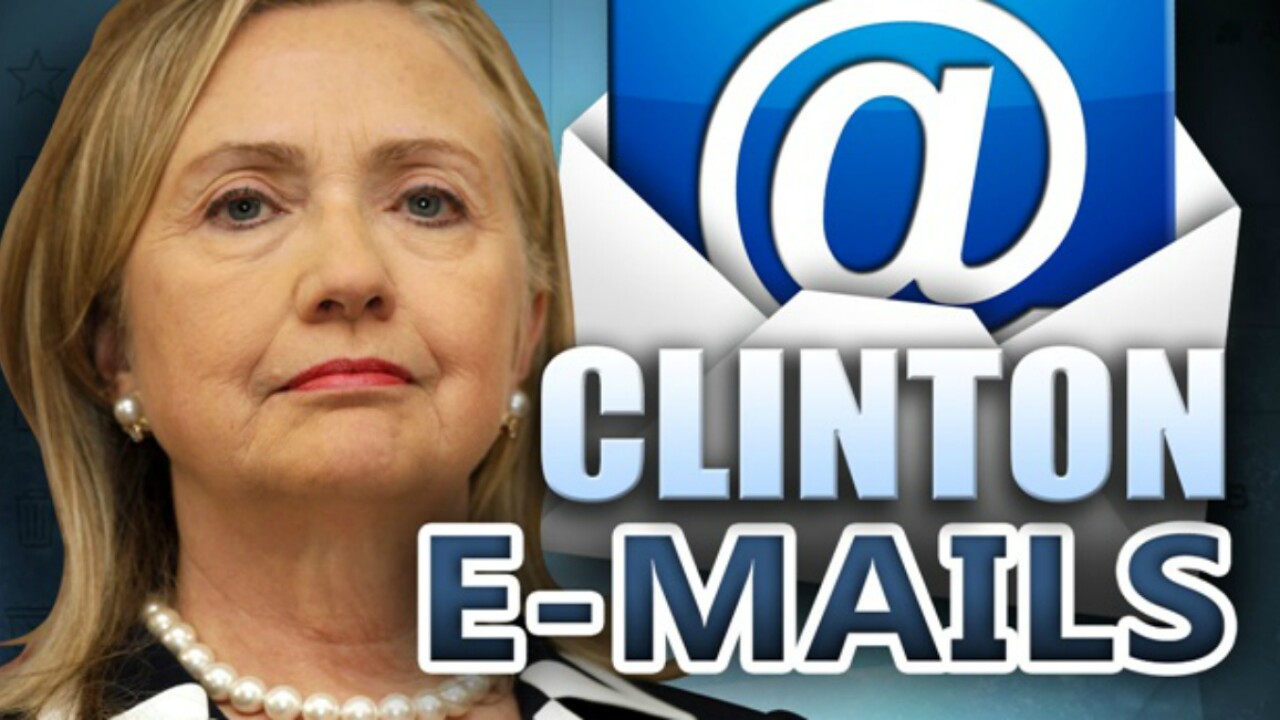 WASHINGTON — The most recent batch of Hillary Clinton’s private emails made public by the State Department per court order revealed no smoking guns on controversies surrounding Benghazi or her relationship with Sidney Blumenthal. But it did show some curious details of life at the State Department, including how hard it can be to work a fax machine or stay in the loop about Cabinet meetings.

At one point, Clinton learns of a cabinet meeting from the radio — kind of.

“I heard on the radio that there is a Cabinet mtg this am. Is there? Can I go? If not, who are we sending?” she asked top aide Huma Abedin and Lona Valmoro on June 8, 2009.

Turns out – it was just a meeting for agencies receiving stimulus funds.

“It is actually not a full cabinet meeting today — those agencies that received recovery money were invited to attend/participate. We were welcome to send a representative though, not sure if we have anyone going,” Valmoro responded.

Clinton chief-of-staff Cheryl Mills emailed a handful of State Department officials on June 2, 2009, very concerned about all the “Twittering.”

“Not Sure who is Twittering at (State),” she wrote as her subject line.

“But we should not be twittering in the Secretary’s name since she is not the person actually twittering. There is a reference in Newsweek to her twittering and says: Hillary Clinton Style: Dry info and offers 4,788 followers,” Mills continued. “Can you advise who is twittering in her name and how we can address?”

In one December 23, 2009, exchange, Clinton and Abedin struggle to get several “secure” faxes to work.

Abedin’s email subject line was “can you hang up the fax line, they will call again and try fax.”

“I thought it was supposed to be off hook to work?” Clinton responded.

Adedin asked Clinton to hang up once more so they “can re-establish the line.”

Abedin replied, “Just pick up phone and hang it up. And leave it hung up.”

In a September 2009 exchange, Clinton tells former Center for American Progress president and current Chairman of the 2016 Hillary Clinton presidential campaign that she’s stuck on a call and will have to call him in the morning.

“I’m on endless calls about the UN. Could I call you early tomorrow? Would between 6:30 and 8:00 be too early? Please wear socks to bed to keep your feet warm.”

In a December 2009 email, Clinton emails longtime aide Philippe Reines about an interview with former Secretary of State Henry Kissinger, who served under President Richard Nixon.

“In thinking about the Kissinger interview, the only issue I think that might be raised is that I see POTUS at least once a week while K saw Nixon everyday. Of course, if I were dealing w that POTUS I’d probably camp in his office to prevent him from doing something problematic. Do you see this as a problem?”

No response from Reines is listed.

It’s unclear who Santa is.

In August 2009, Clinton and aides discussed logistics of an interview for Oprah.

“Who will interview me?” Clinton asked. (It was Lisa Ling).

As they try and hammer out a time that works, it becomes clear Clinton’s availability is limited because of a planned vacation in the Hamptons.

“Not next week. Its why I asked cheryl to discuss with you because it meant interrupting your vacation which I wasn’t prepared to do,” Abedin wrote.

“If the Oprah team want to come out here and one of our friends is willing to let us use their house out here this Monday, I would do that,” Clinton said at one point.

Abedin was able to secure a time and the two plan to hold the interview in someone’s Hampton home, though their name is redacted.

Husband and former president Bill Clinton has a hand in her speeches it turns out. Discussing edits on an upcoming speech to aide Cheryl Mills on July 12, 2009, Clinton wrote, “I am nearly done w my editing (along w Bill’s).”

With the subject line “Don’t laugh,” Clinton asked an aide on December 15, 2009, about some carpets she saw when meeting with then-Chinese President Hu Jintao.

“Can you contact your protocol friend in China and ask him if I could get photos of the carpets of the rooms I met in w POTUS during the recent trip? I loved their designs and the way they appeared carved. Any chance we can get this?” Clinton asked.