DOSWELL, Va. -- The mother of a Louisa teenager who portrays Charlie Brown at Kings Dominion said her daughter suffered a concussion while wearing the cartoon character costume at the theme park. Donna Carioscia said her 17-year-old daughter Gabriella was walking around the park with an escort when a group of teenagers approached and hit her on the head. The teenagers got away and no police report was filed, Donna said. Gabriella suffered a grade two concussion as a result and has not been able to work at the park since the June 8 incident, she added.

For the last three summers, Gabriella has worked at Kings Dominion.

"Three teenagers came up to her  one hugged her and attempted to knock her over and the other two hit Charlie Brown in the head and then took off running," said her mother Donna Carioscia. "What they didn't understand is  there's metal bars holding on to the body and it's wrapped in material  but they hit her hard enough to send her to the hospital and get a cat scan and she has a concussion." 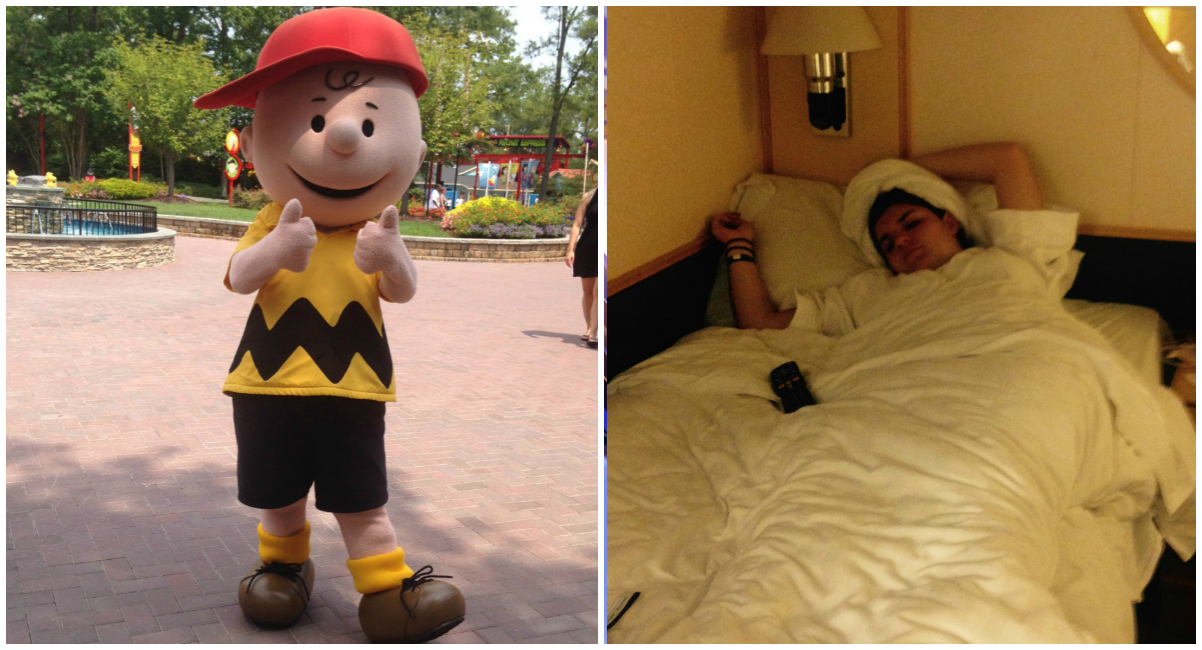 Donna Carioscia feels this incident could have been prevented had the park provided better security. It currently provides cohorts, which are essentially look-outs for people in costume.

"They said they're going to try and train their cohorts better," Carioscia said. "But how do you know what someone is thinking?"

A Kings Dominion spokeswoman could not comment specifically on Gabriella's case calling it a personnel matter. She would comment on the park's commitment to the safety of staff members.

"Kings Dominion has a robust safety program in place to protect our characters. They are all escorted by a trained member of our entertainment staff and our security team is always within close proximity," Kings Dominion spokeswoman Katelyn Curry said. "Having said that, park guests have an obligation to be responsible. We have a zero tolerance policy for aggressive behavior in our park and we eject those who do not abide by our rules and regulations. The safety of our associates and our guests is our highest priority."