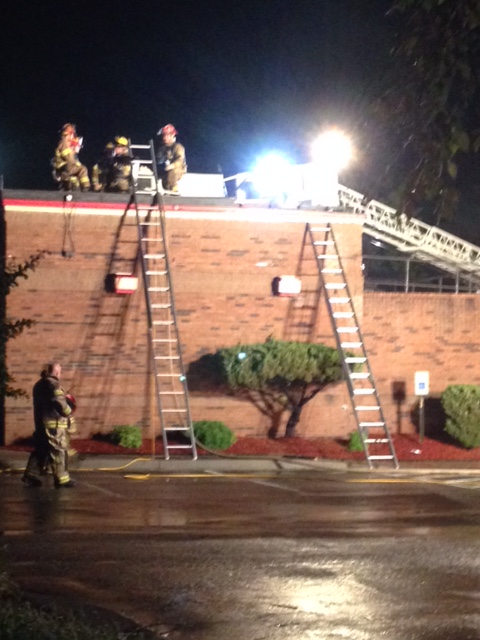 HENRICO COUNTY, Va. — Henrico firefighters doused a blaze at a fast-food restaurant that broke out when lightning struck the building during the powerful storms that rolled through the region Saturday night.

Henrico Fire spokesman Capt. Danny Rosenbaum said units arrived within three minutes and discovered smoke inside the building. Firefighters then discovered a fire on the roof, which they quickly extinguished.

“The fire was marked under control at 10:18 p.m.,” Henrico Fire spokesman Capt. Danny Rosenbaum. “The damage was limited to the roof of the structure. Because of the quick stop of the fire, the business is only expected to be out of service a short period of time.”

No one was injured and Rosenbaum said all employees made it out safely.

The Fire Marshal’s Office said the fire was “due to natural causes” and the result of a lightning strike.