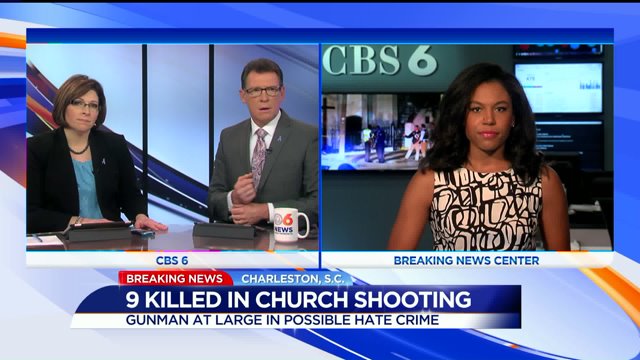 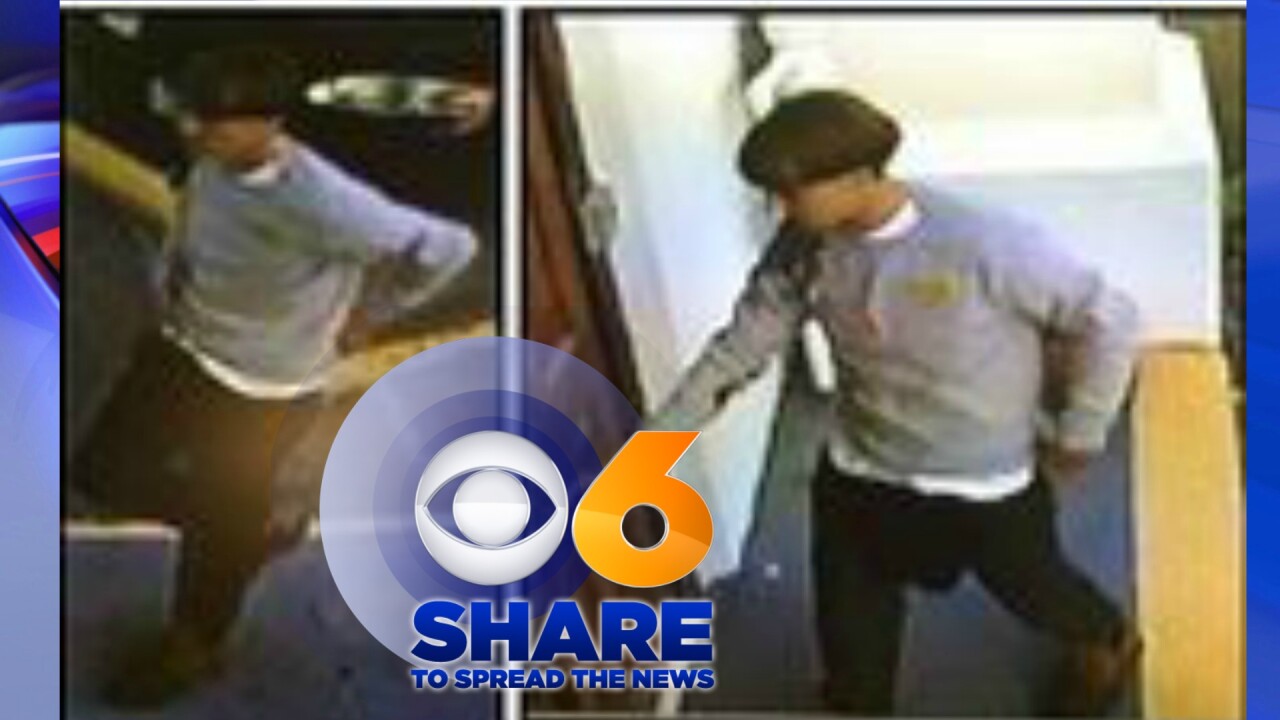 The gunman was still at large early Thursday. And the shooting at Emanuel African Methodist Episcopal Church, the oldest AME church in the South, is being investigated as a hate crime.

Anyone with information about this incident call 1-800-CALL-FBI. pic.twitter.com/EidJGhNEDp

"The only reason someone would walk into a church and shoot people that were praying is hate," Charleston Mayor Joe Riley said.

Eight churchgoers died at the scene; a ninth at a hospital, police said. Among them is the church's pastor, the Rev. Clementa Pinckney, according to CNN affiliate WCSC.

Officials wouldn't say how many people were at the Bible study during the shooting. There were survivors, said Charleston Police Chief Greg Mullen, but he didn't elaborate.

It was burned to the ground at one point, but rebuilt. Throughout its history, it overcame obstacle after obstacle -- destroyed by an earthquake, banned by the state. But its church members persevered, making it the largest African-American church in terms of seating space in Charleston today.

Every Wednesday evening, the church holds a Bible study in its basement.

The shooting was "obviously the most intolerable and unbelievable act possible," the mayor said.

"People in prayer Wednesday evening. A ritual, a coming together, praying, worshiping God. An awful person to come in and shoot them is inexplicable," Riley said.

Search on for the gunman

Police say the gunman is a clean-shaven white man in his early 20s, 5 feet, 9 inches tall with a slender build and sandy blond hair. He was wearing a gray sweatshirt, blue jeans and Timberland boots.

On Thursday morning, police handed out images of the man and his car taken from surveillance footage and asked for the public's help in identifying him. Officials believe he is still in the Charleston area, but they have contacted law enforcement authorities elsewhere to be on the lookout.

Late Wednesday night, news cameras showed officers taking a man matching that description into custody, but he was later released.

"While we do not yet know all of the details, we do know that we'll never understand what motivates anyone to enter one of our places of worship and take the life of another," South Carolina Gov. Nikki Haley said.

Mullen was more direct: "I do believe this was a hate crime."

'Sick to our stomachs'

The church sits in an area of Charleston densely packed with houses of worship and well-preserved old buildings.

The city, as several church leaders pointed out, is known as the "Holy City" for its tolerant attitude toward different denominations.

It was led by Pinckney, who was also a state senator. His death was reported by affiliate WCSC, who confirmed it through Elder James Johnson, the president of the Tri-County chapter of the National Action Network civil rights organization.

Recently, Pinckney backed a bill to make body cameras mandatory for all police officers in South Carolina. The legislation was in response to the death of Walter Scott, an unarmed black man killed by a police officer this year.

"Body cameras help to record what happens. It may not be the golden ticket, the golden egg, the end-all-fix-all, but it helps to paint a picture of what happens during a police stop," Pinckney said in April.

"Like everybody out here, we're sick to our stomachs that this could happen in a church," said Rep. Dave Mack, a friend of the church's pastor.

They called for justice, but also for calm. Theirs is a strong community, they said, and this incident wouldn't tear them apart.

The president of the NAACP expressed his outrage over the shooting.

"There is no greater coward than a criminal who enters a house of God and slaughters innocent people engaged in the study of scripture," Cornell William Brooks said.

Republican presidential candidate Jeb Bush canceled a scheduled town hall in Charleston on Thursday because of the shooting.

"As the #Charleston police deem this horrific act a hate crime," the King Center tweeted, "we pray vigorously that this person's hate does not cultivate more hate."