RICHMOND, Va. -- Emergency crews rescued two men dangling from rigging ropes after their scaffold dropped while working on the new Children's Hospital of Richmond at VCU at East Broad and 11th Streets in downtown Richmond.

The workers were pulled back onto the roof following the Wednesday morning incident. One of the workers was taken to VCU Medical Center for observation, the other was treated at the scene, according to Richmond Fire Battalion Chief Jeff Currie.

Currie said the fall was not a "catastrophic failure." He said the scaffold gradually fell down on one side. Traffic in the area was impacted during the operation.

Here is a shot of the scaffolding where the worker was rescued. #RVA #breaking pic.twitter.com/SqA8hcXPeb

"I was kind of shook up afterwards," said one construction worker who spoke on the condition of anonymity after seeing the two men dangling from 160 feet the ground.

"It must have gave out -- some kind of malfunction. I don't know if the clutches went, the motor burned up or what happened, but it caused it to fail," the worker explained.

The man said he was on the 7th floor inside of what will be VCU's new children's hospital when he got a call from his boss and ran outside. That's when he started grabbing as many people as he could to help. 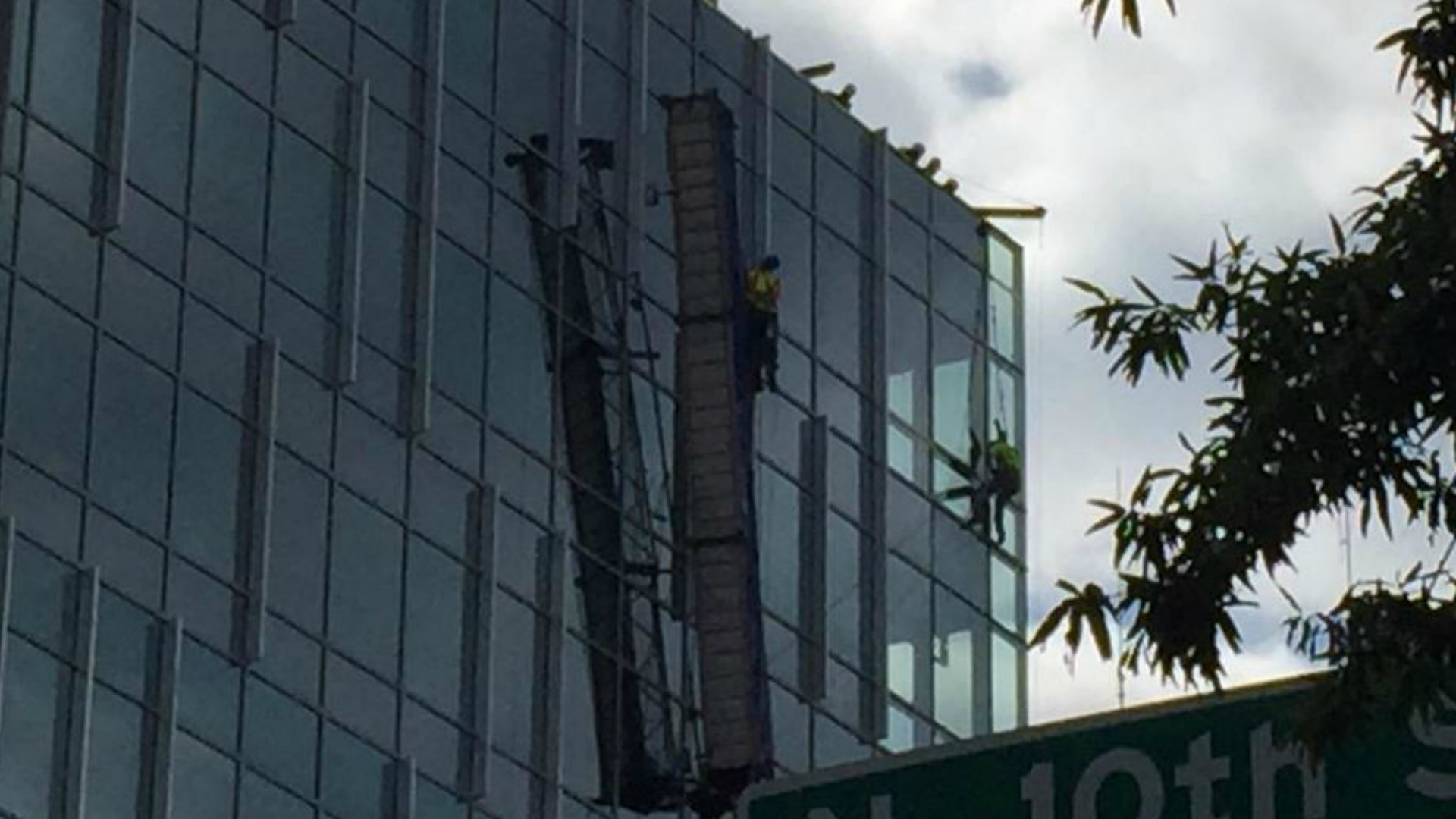 Those men were connected to their safety harnesses before they being pulled to safety.

"We saw that one was in real bad shape. He was getting ready to pass out, so we pulled him up first. And then went to the second guy and pulled him up to the roof. And by then the fire department had showed up," he said.

State and local officials, who responded to the scene, said what happened could have been much worse.

OSHA is investigating what caused the scaffolding to fail.