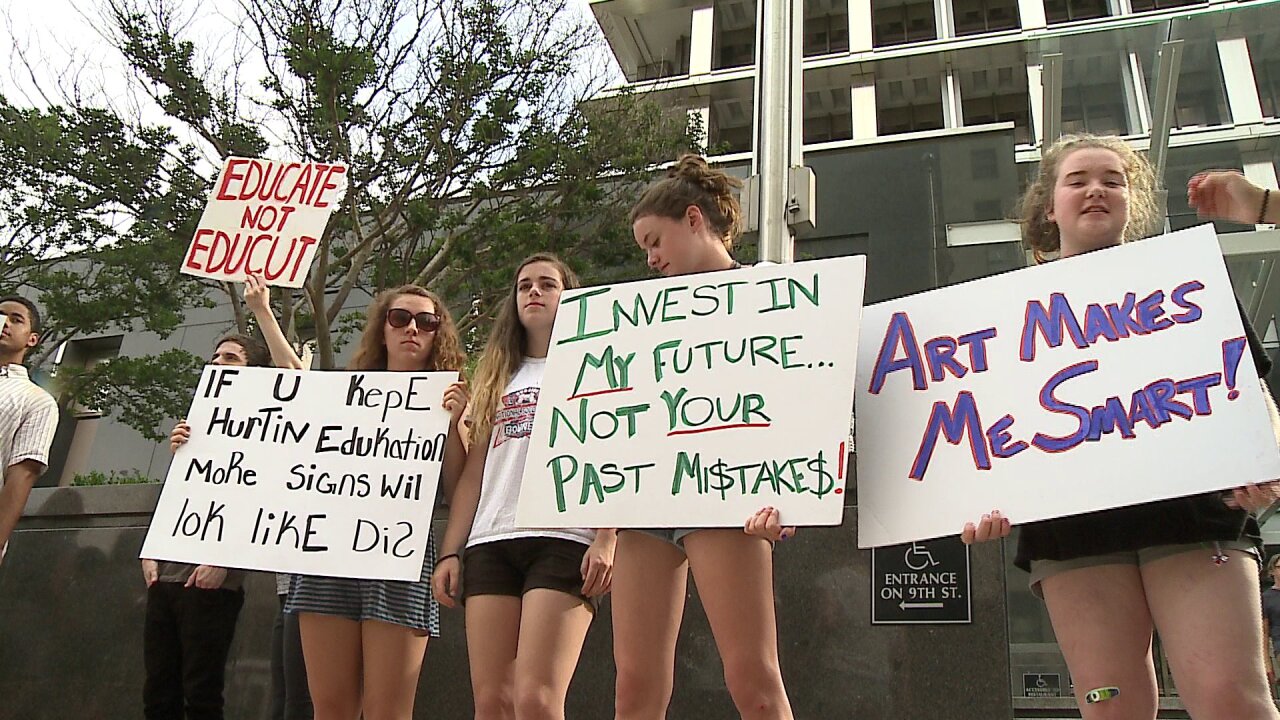 RICHMOND, Va - On a piping hot summer morning, dozens of students and graduates of Open High School in Oregon Hill marched around City Hall in downtown Richmond. The students held signs and protested potential cuts to teacher positions at their school.

Sources confirmed to WTVR CBS 6 that Richmond school leaders plan to shuffle resources city wide.  Richmond School officials said they will base resource decisions off how those decision impact the entire school system; adding the district is operating under budget constraints from a $5 million shortfall. 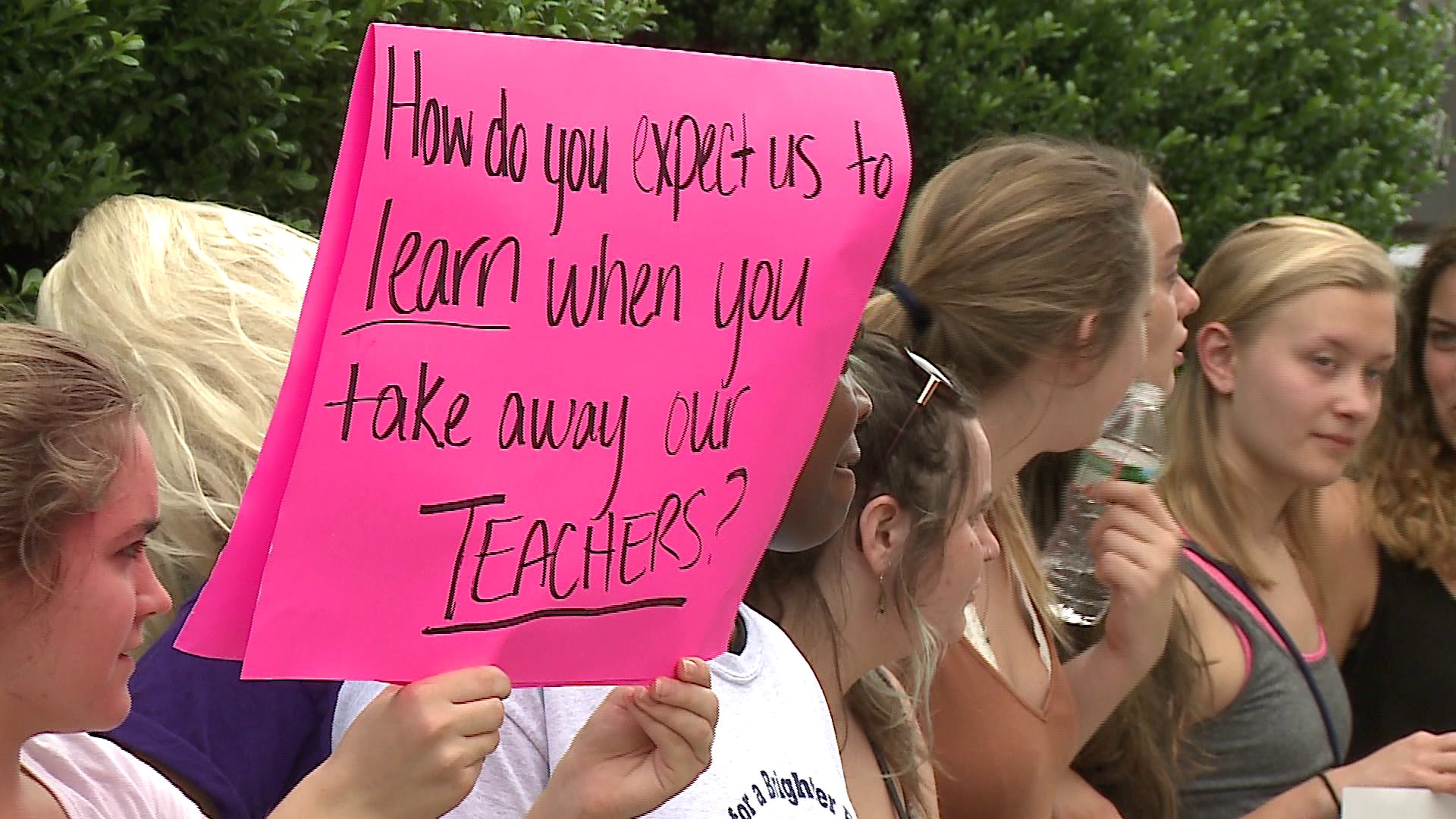 Protest organizers and students are concerned that teachers will be fired as a part of the personnel shuffling.  A schools spokesperson reiterated multiple times Monday that no one would be losing their job, and the district is reviewing ways to reallocate resources to cover needs district-wide.

"Richmond Public Schools’ middle and high schools are currently undergoing a leveling process, which involves adjusting the number of teachers at respective school buildings to meet the instructional needs of students based upon enrollment figures and student course requests. This process is based on an average middle school staffing ratio of 19:1 and an average high school average staffing ratio of 20:1," Richmond Schools spokesman Richard Davis said in a statement. "The reassignment of core content and elective staff is needed to meet enrollment and students’ course requests across the school district as a result of changes in projected enrollment and actual student enrollment."

The school system wanted to share the following points:

RPS teachers will not lose jobs as a result of the leveling process.
This process is not directed toward a specific school.
Leveling has occurred previously in RPS, it is not new.
All secondary schools are undergoing the leveling process.
RPS is currently working within the budget adopted by the School Board. This budget has a funding gap of approximately $5 million.
Our goal in this process is to provide teachers and students with clarity of scheduling in advance of the upcoming school year to reduce as much as possible teacher reassignments at the beginning of next school year.

"We are hopeful this process will minimize some of the reassignments at the beginning of the school year, thus allowing students and teachers to better prepare for the next school year and the district to more effectively utilize its staffing resources within the current budget," Davis said. "As always, staffing decisions made by RPS leadership will be made with student needs in mind. We must balance leveling decisions that affect individual schools against the larger responsibilities associated with leading a large school district."

Protesters said teachers approached them Friday after hearing cuts were coming to teacher positions in the arts and language arts departments at Open High.

"We're so underfunded. We can't afford printer paper; we are funding our own art program by selling our art," Open graduate Morgan Stabbs said.

Outside City Hall, protesters held signs that read "educate; not edu-cut" and "fund education; invest in tomorrow."  Graduates at the protest said they felt as if city leaders are saying education is a priority, but not following through.

"Richmond Public Schools is not the city's priority and it needs to be," Isabela Arias said.

The schools' spokesman said the school system appreciated the feedback. A broader discussion of teacher resources in Richmond schools was on the agenda for Monday night's school board meeting.  Protesters said they planned to attend the meeting. It  is scheduled to begin at 6 p.m. at Huguenot High School.