40-year-old, 18-pound lobster released back into the sound 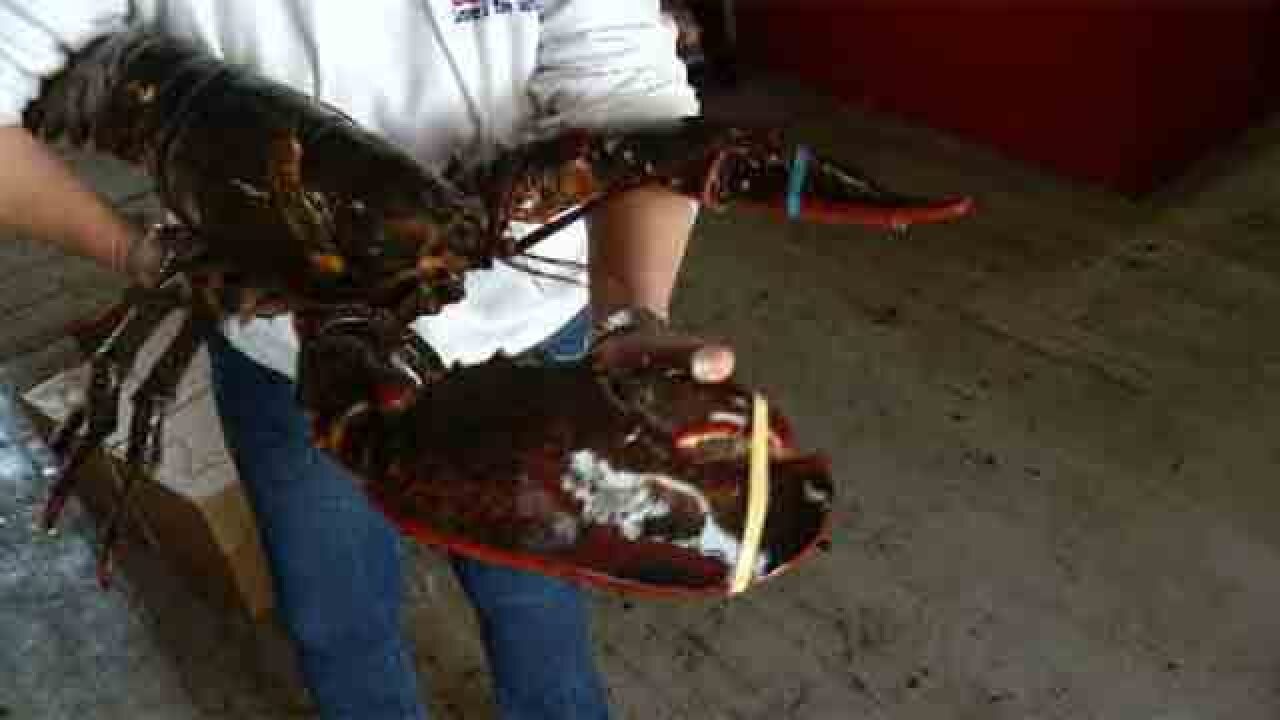 Noank, CT — On Wednesday, the infamous 18-pound lobster from Abbott’s Lobster in the Rough in Noank was released back into Long Island Sound.

“Every year we get a big one, and we release him, most of the time without a news crew, but we have him,” said Deirdre Mears of Abbott’s Lobster in the Rough. “He was here for Memorial Day weekend for our guests to see, we’ll have another one later on in the summer on a busy weekend so that we can educate a lot of our patrons.”

The giant lobster has been around the state quite a bit in his time above water, and even traveled to the Channel 3 studios and was named after Meteorologist Scot Haney.

Officials from Abbotts said they think the lobster is about 40 years old.

“He was named on Sunday, he was named Scot Haney, and he was indeed named after your weatherman,” Mears said. “He’s a little feisty, and he’s particular to madras jackets.”

Abbotts is famous for its lobster rolls and has been operating in Noank since 1947.

“We are seasonal, May to October, most of our seating is outside, we do have some indoor dining, and we do specialize in lobsters…maybe not this big, but…all lobsters,” Mears said.

On Wednesday, Scot the lobster was sent back to where he belongs, and WFSB filmed it.

“I do miss him, he was wonderful in the tank, and whenever anyone would come over, he’d raise a claw…and he was a happy lobster,” Mears said.