RICHMOND, Va. -- A fire started in a two-story building at the 2600 block of Hull Street shortly after 10:30 Saturday night.

The building is a block of businesses. A restaurant and a thrift store were affected by the flames.  The family owned restaurant is called Oh Taste and See.

People who frequent the restaurant said the owners just renovated the place about a month ago.

At Garfield's Catering, across the street, they believe the fire impacts the community.

"I would like to see them re-open and maybe get some more businesses around here, to help with the local economy," said Edwin Hall, Garfield's Catering.

Re-opening could take quite awhile though. Though they have insurance, the damage is extensive.

"The roof is gone, so there's a lot of things going on here," said Bishop George Robinson.

The roof of the structure collapsed Saturday night. No one was there at the time of the fire and no one was injured.

The loss of two businesses is tough for those who live in the area.

"We do need the business, we need a whole lot of stuff up here, you know, because this is the only thing we have between here and Southside Plaza, so for the people in the middle, between here, we need all the businesses and restaurants we can get," said Fatema Newton, who lives nearby. 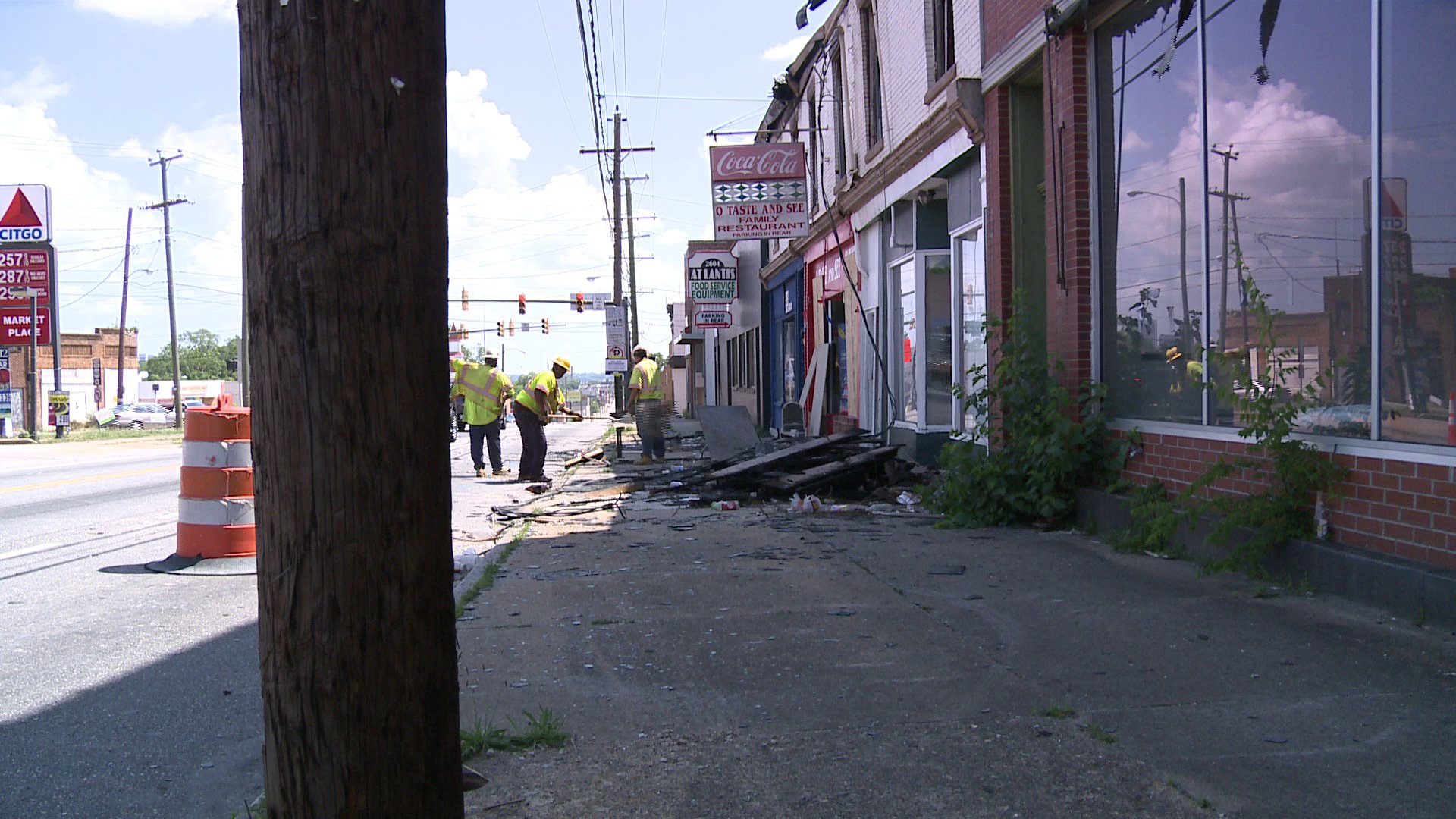