Photo from Traci Byrd-Eagles shows swelling after she was bitten by a copperhead.

CHESTERFIELD COUNTY, Va. -- Neighbors in Central Virginia are reporting a recent surge in copperhead snake sightings. In fact, viewers have contacted our newsroom saying the poisonous snakes are slithering near their homes.

One woman posted on the WTVR CBS 6 Facebook page that she had been bitten Wednesday by a copperhead near the family’s woodpile in her Chesterfield County backyard.

“I am currently in the ER because I got bit on the ankle by a copperhead! Please watch the ground and watch your kids!” Traci Byrd-Eagles warned. “I am forever telling my husband and kids to watch for copperheads, especially when around the firewood… We live in a subdivision but are surrounded by woods."

Nearly 24 hours after Byrd-Eagles was bitten,  she was recovering at home and “not feeling so great.” She shared a photo of her swollen ankle.

WTVR CBS 6 reporter Shelby Brown went in search of answers to find out what folks should do if they spot a copperhead on their property.

Richard Perry, who runs Virginia Wildlife Management & Control with his wife and family, points out a spot where a snake could slither into this home.

Richard Perry, who has been in the animal and reptile removal business in Virginia for ten years, was not surprised about the increased sightings of the venomous reptiles. In fact, he said 2015 has been the busiest he has ever had for copperhead removals.

“This is the worst year I’ve seen. We are averaging 12 to 15 calls per week for snakes," Perry said. "Last week I had a half dozen, if not more.”

Those increased calls are coming in from Chesterfield, Henrico and Richmond. Perry’s days have been filled with making house calls, setting traps and removing snakes. Two of his many calls on Thursday were from Chesterfield homeowners.

Shannon Somogyi and her husband, Evan, called Perry immediately when they had an unexpected and unwelcome guest Thursday afternoon. Shannon knew she had to get the Perrys to remove the snake.

“My son’s party is Saturday and we were cleaning up the backyard. My husband went in the shed and saw the snake. I actually found a dead baby copperhead in front of our house last week, so it alarmed me,” Shannon said.

Copperhead hiding out in he Somogyi’s backyard chomps down on the tongs.

WTVR CBS 6 cameras were rolling when Perry and his team nabbed the copperhead in the Somogyi’s backyard shed. Perry pointed to a woodpile behind the couple’s Reams Run home as a perfect place for snakes to hide.

Perry said now is a good time for all homeowners to give their properties a once-over to make sure there are no easy entry points. [SCROLL down to watch video of Perry pointing out problem spots on one home]

"They’re getting in through foundation vents," Perry said. "Black snakes are also tremendous climbers so they can scale the side of your house and get in through the attic. They go through gable vents, chimneys and ridge vents."

Perry said to be mindful of making things extra easy for the reptiles to call your house their home.

“People make the mistake of leaving their garage doors open and patio doors. The next thing you know, it's too hot out here for the snake and it looks for a place to cool down and they wind up in somebody's home,” he said.

Officials with the Department of Game and Inland Fisheries said they do not make house calls. If you need a snake removed from your house or yard, you must call a private pest control and removal company. However, in order for a technician to remove the snake, he or she must have an official permit issued by the Department of Game and Inland Fisheries. 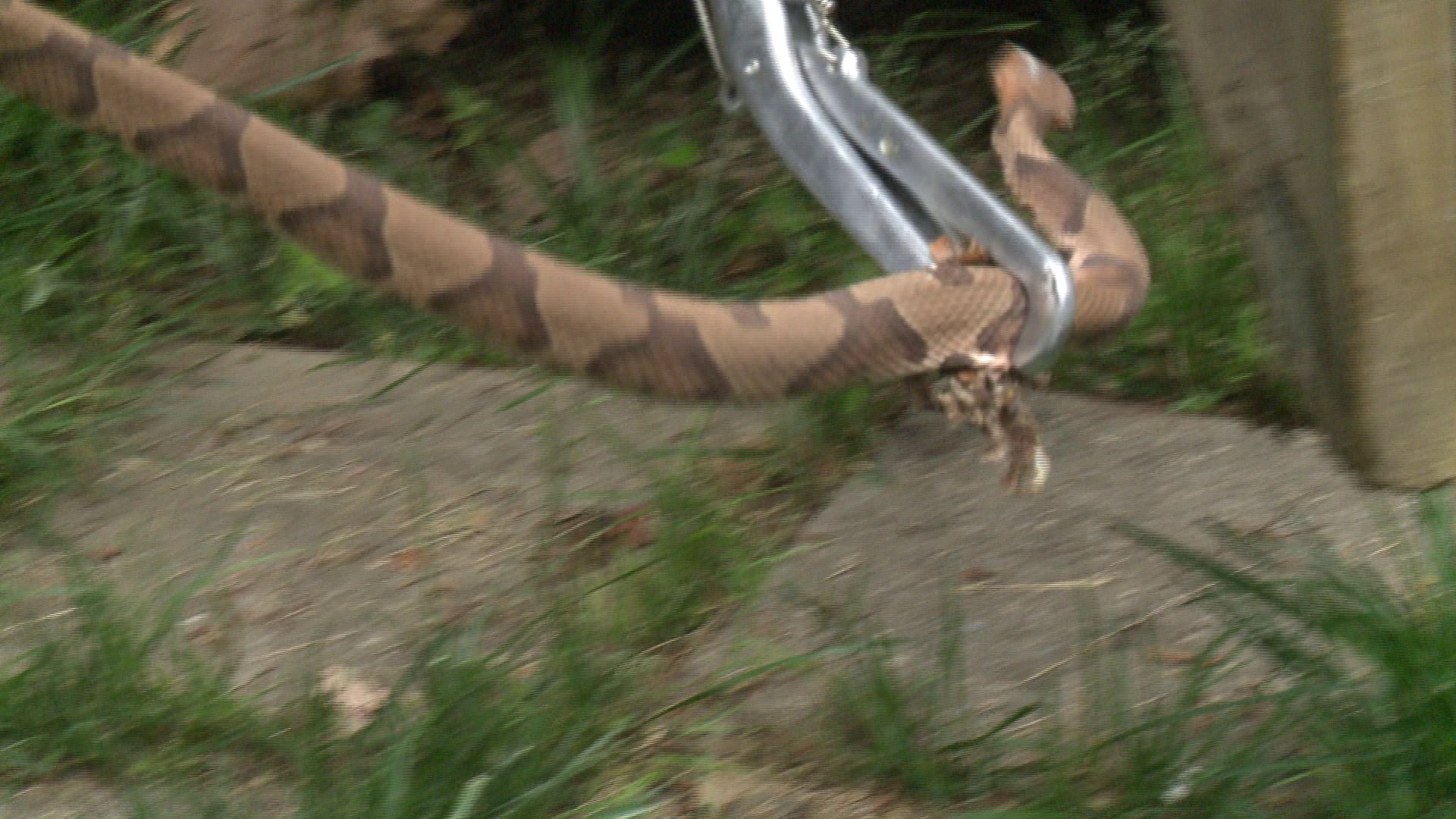 WATCH: How a snake slithers into a home