"Lana and Kitu, who sired our famous first litter of 5 cubs Amelia, Hanna, Richie, Chester and Rico, recently gave birth to six more cubs, two males and four females," zoo director Jim Andelin announced. "On May 12, 2015, Khari, a first time mom, gave birth to four cubs (two males and two females), sired by Hatari, a first time dad. Unfortunately, one female only lived a few hours. We have been carefully watching and weighing the other three every day." 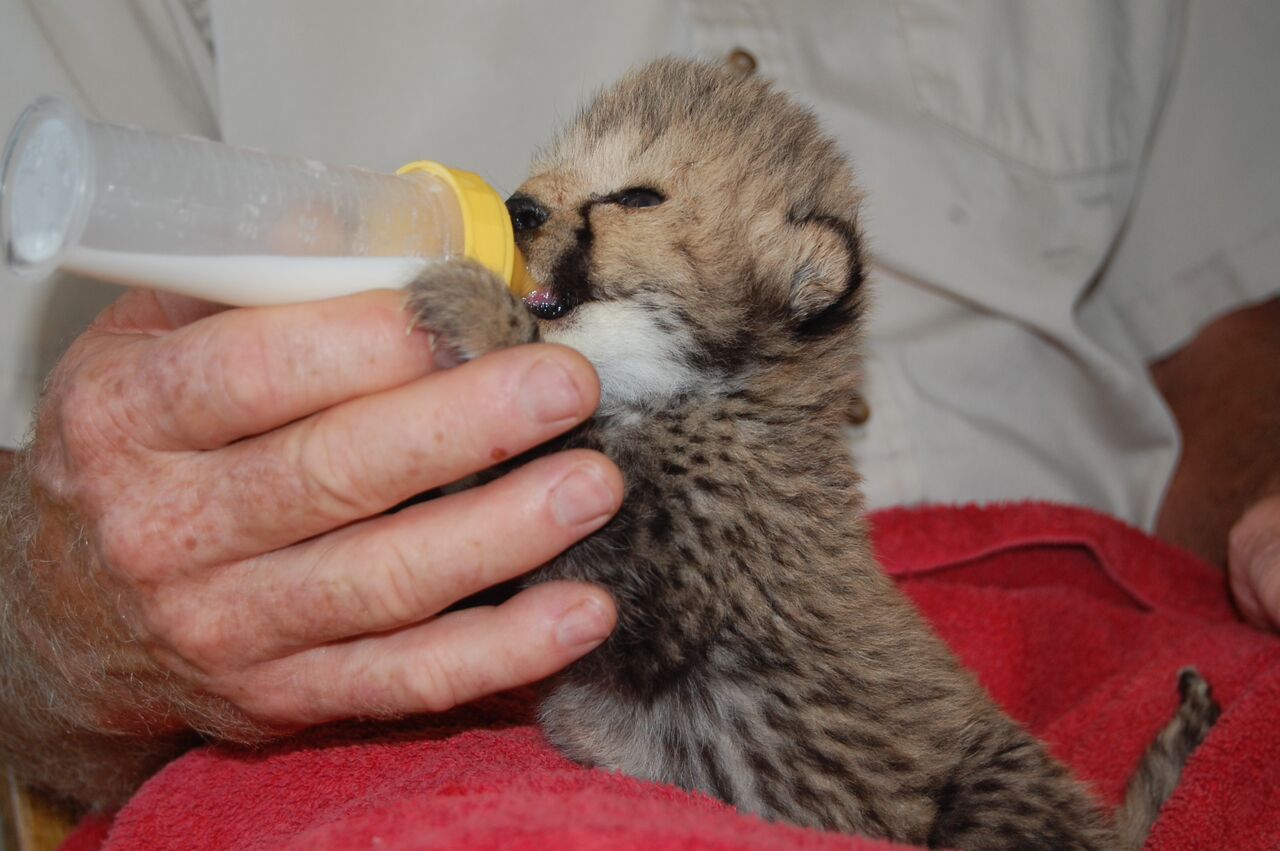 "The birth of six cubs is a rare event that only happens eight percent of the time in cheetah births. Lana is doing a great job caring for all six cubs as demonstrated by their rapid and healthy growth," Andelin said. "Compared to Lana, Khari's maternal skills have been slower to kick in. We are also concerned about her lack of milk production. We are monitoring the progress of each individual cub's health."

When one of Khari's cubs began losing weight, he was put on a bottle feeding schedule.

"He has been doing very well and has steadily gained weight. We hope to reintroduce him back to his mom soon," Andelin said.

Andelin called the 20 cubs born in four litters at the Metro Richmond Zoo in the last 18 months a "very significant addition to the captive cheetah population."

The zoo reintroduced its Cheetah Cam following the most recent cheetah cub births.