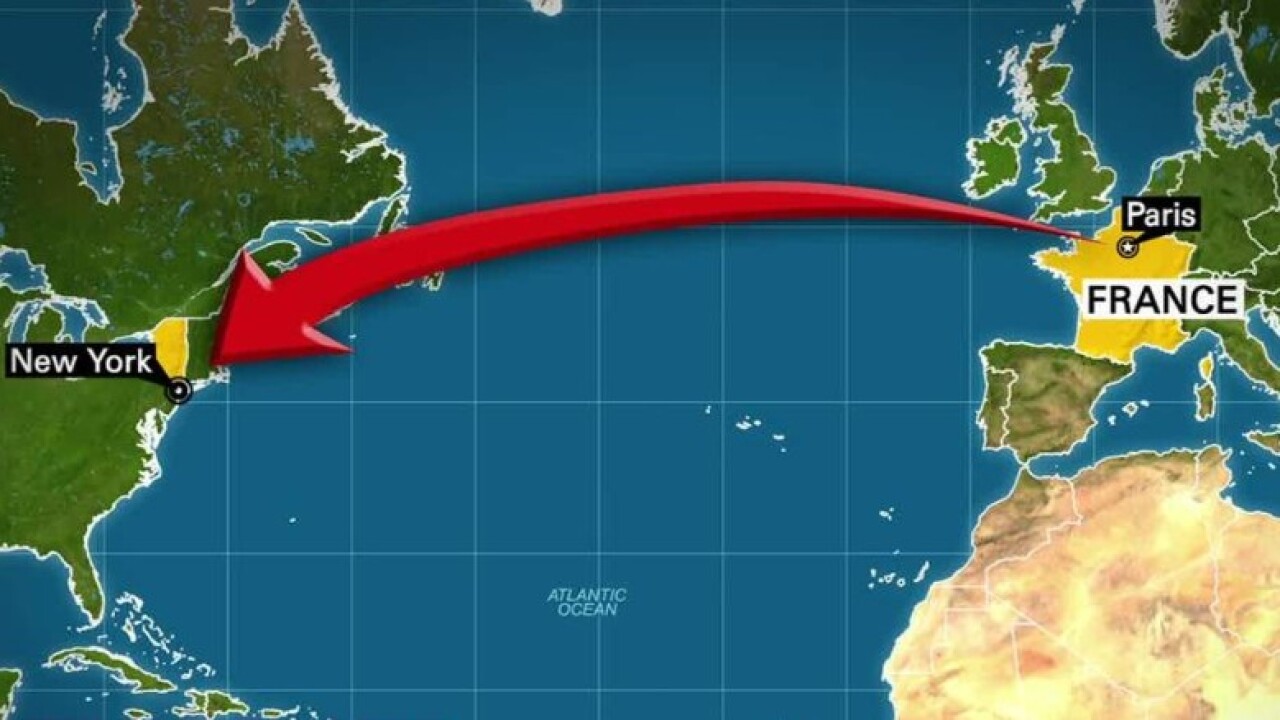 NEW YORK — Law enforcement scrambled on a busy long weekend travel day to ensure airplanes were secure after at least 10 threats were phoned in threatening flights.

The first sign of trouble came when NORAD scrambled two F-15 fighter jets over the Atlantic to escort Air France flight 22 to New York’s John F. Kennedy airport after Maryland State Police reported getting a threat about the Paris to New York flight.

Police officials radioed the crew to ask if anyone on board had been sick during the flight, according to air traffic audio reviewed by CNN. When the crew responded everyone was fine, everyone was evacuated from the plane and its contents were searched. Nothing was found.

One passenger said those on board didn’t know anything was wrong until they landed.

“In the air, nothing. In the air we didn’t feel nothing. Just when we landed and they stopped us. This is when we know that something is wrong,” Eylon Benzeeb told CNN.

“The plane has landed and has deboarded. There were no incidents or hazards reported on board the flight by either the passengers or its crew. The plane has been cleared,” the FBI said in a statement.

United flight 63 from Madrid to Newark, New Jersey, was also searched when it landed. Again, nothing was found and the flight was cleared.

Authorities said they received threats against multiple flights, and security scrambled to deal with flights landing in numerous cities including New York’s JFK, Newark, New Jersey, Buffalo, New York, and Atlanta, Georgia. Yet searches have so far have turned up nothing.

Throughout the day authorities hinted that the threats did not seem credible, but insist they have to handle every threat this way, as they just don’t know when one might be real.

The first threats were reportedly called in to the Maryland State Police, which forwarded the information on to the FBI.