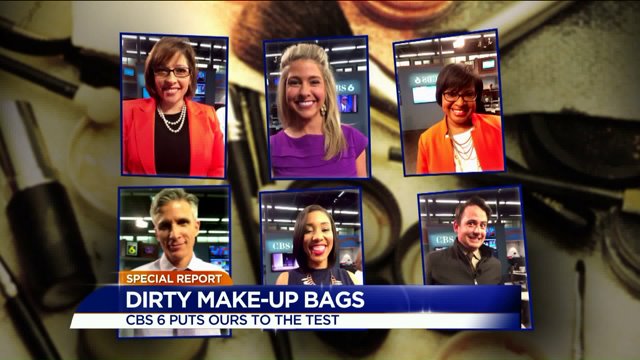 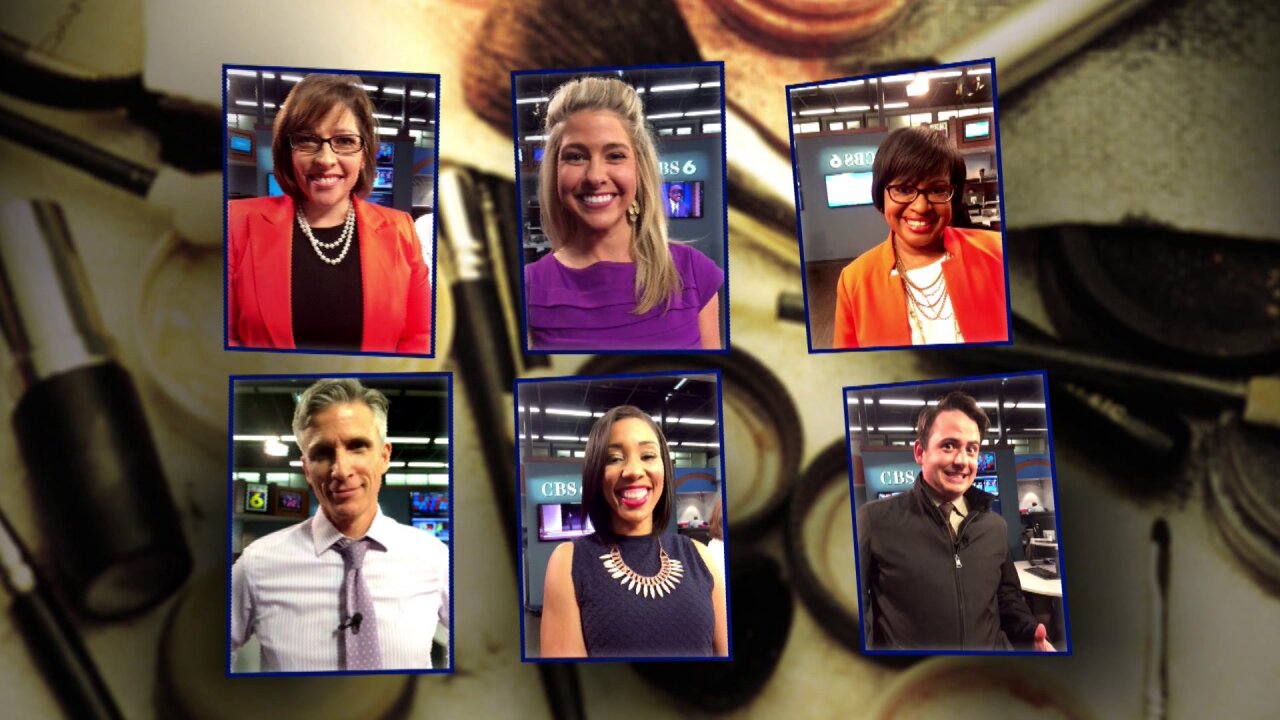 RICHMOND, Va. -- How dirty is your makeup bag? What about your makeup brushes? We started wondering about those questions after an Australian woman made headlines last month when the young mom was paralyzed after she used a friend’s makeup brush. The case, while rare, had us thinking about the products we use on our faces every day.

"We're just throwing things back in the bag. We're in a hurry. We're time crunched. Most of our days are uugghhh. That we don't think about it,"Jeanie Rule, co-owner of Elements of Carytown, said.

For the dirty makeup test, we used makeup bags and brushes used every day by reporters and anchors at WTVR CBS 6. Microbiologists from San Air Technologies in Powhatan came to the studio to take the samples from the makeup bags of Bill Fitzgerald, Julie Bragg, Candace Burns, Joe St. George, Nikki-Dee Ray and me -- Reba Hollingsworth.

"What we're going to be looking for is bacteria that can be residing on the brushes and sponges. There's various species of Staphylococcus, Bacillus, Micrococcus," Claire MacDonald, lab director at SanAir Technologies Laboratory, said.

It sounds ugly, but microbiologist MacDonald said it’s not a serious threat to a healthy person where a break out or pink eye might occur. However, those with a weakened immune system could become more susceptible to infections.

First up, Joe St. George. He may have the filthiest bag in the group. He said he had not cleaned the bag in three years. MacDonald said the makeup bag had debris inside.

Julie Bragg has three makeup bags. She was more concerned about the small ones where she kept her makeup and brushes together. Candace Burns was really uneasy with our test.

"I'm extremely nervous because everybody is watching this and they're going to be like ewwww," Burns said.

Bill Fitzgerald’s bag could be in trouble too.

"Cleaning the bag itself. Never. I wasn't even aware it was a possibility," Fitzgerald admitted.

Nikki-Dee Ray was not feeling too comfortable either.

"I get my bags and brushes swabbed. I do have a confession. I cleaned them a month ago," she said.

"If you use the brushes and get skin fragments and bacteria that live on our skin, it can come off on the bag itself," MacDonald said.

The San Air team took our samples back to the lab for testing. Before we learned the results, Rule said your makeup bag and brushes should get a good scrub down at least once a week.

"Don't soak your brushes where the water gets down the barrel,” Rule said.

Rule said those disposable sponges should be thrown away after each use. As for the makeup, the cream and water based products, like mascara, are the biggies to watch.

"Anything liquid around your eyes you should really get rid of in about three months," Rule said.

Lipstick can last you six to eight months.

Foundation, up to a year.

You have a little more time with dry products like powder, blush and eye shadow. They could last up to two years. Some makeup will have an expiration date, but the FDA doesn’t require it.

Julie Bragg's makeup bag was the cleanest with no bacteria found. The rest of had varying amounts of Staphylococcus Epidermidis. That's a bacteria commonly found on the skin that could lead to breakouts or rashes.

Joe St. George had three types of bacteria on his sponge and bag. One called Staphylococcus Aureus could cause a skin infection. Just days after we conducted our test, Joe developed a possible bacterial infection around his eye.

The doctors did not know for certain if it was caused by his sponge, but it could have been. Joe took some antibiotics and his infection has cleared up. He said he had cleaned his bag and thrown away his old sponge and invested in a bag of disposable sponges.

This isn’t just a lesson for Joe. Anyone who wears makeup can easily come into contact with bacteria. The best advice is to clean your makeup bag and keep track of the expiration dates.