Car bursts into flames after slamming into Richmond school bus

The accident happened at Meadowbridge Road and Laburnum Avenue near Richmond International Raceway just before 3:30 p.m.

That's where a RPS spokesperson said a car struck the bus that was waiting to make a left turn. Officials said that when the car rear-ended the bus, it slid under the bus and caught fire.

The bus, which was carrying students with special needs from the Dooley School, was evacuated.

Two of the four students on board suffered injuries and were taken to area hospitals.

The drivers of the bus and car were also transported to the hospital.

“Unfortunately, the vehicle either didn't see our bus stop -- or it was too close. Something happened to cause that vehicle to go underneath the bus,” said RPS Assistant Superintendent Tommy Kranz.

The mother of the driver of the sedan rushed to the scene.

"He called me and told me his back... And was crying and that got me all worked up that he was in an accident," said Loretta Fleming, whose son's car caught fire.

The driver of the car has been charged with reckless driving. 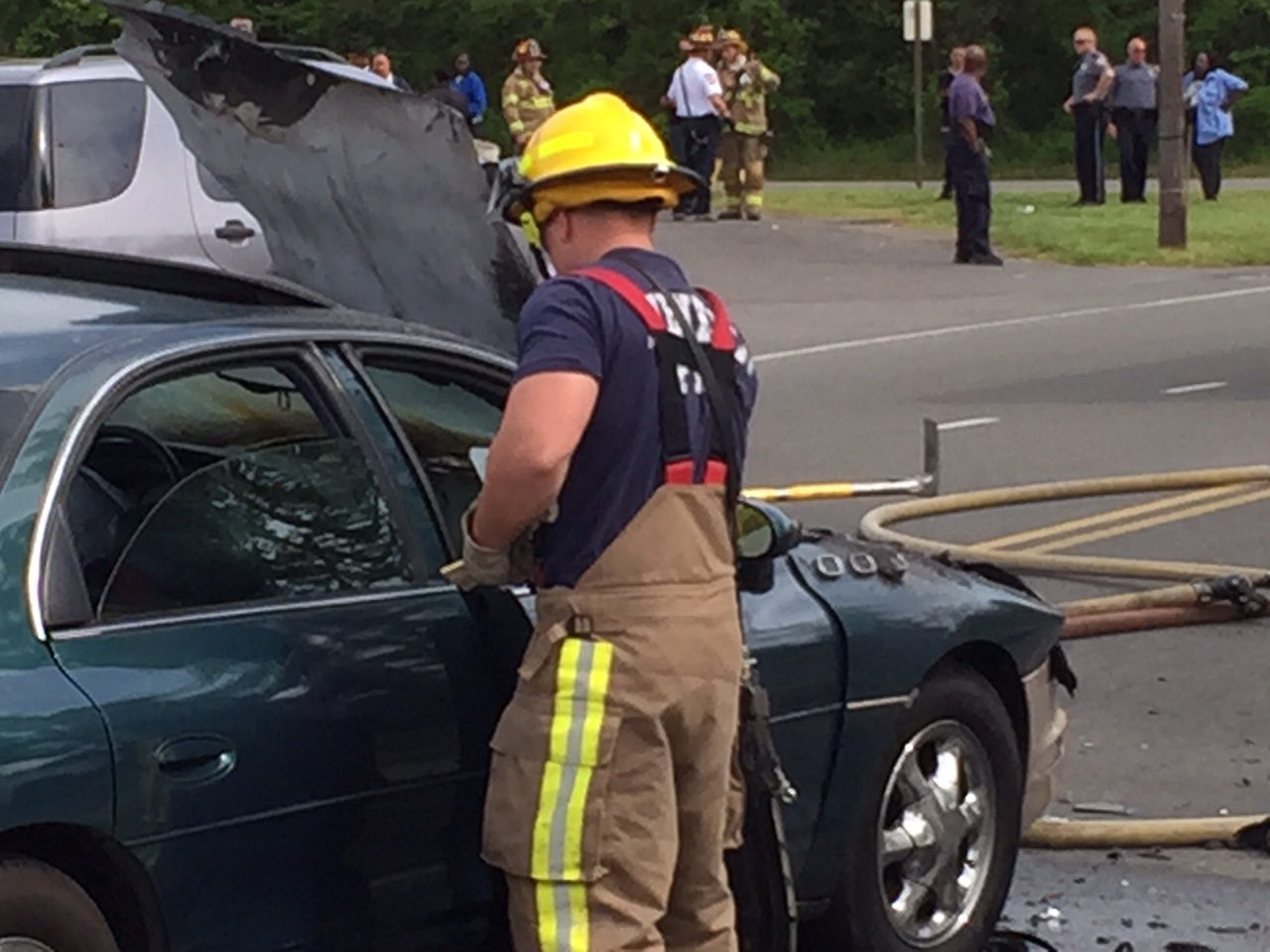