Renter says human waste has been seeping through ceiling at apartment

Renters believe the drip is coming from human waste.

RICHMOND, Va. -- Hunter Haselman and his girlfriend said they first noticed brown marks on their closet wall a few months ago.

"The maintenance supervisor said it was just rust, nothing to worry about," said Haselman.

Fast forward several months later, and Hunter said he doesn't believe the stains were just rust. He took photographs after his ceiling collapsed on Friday.

"About five gallons worth of feces dropped into our bedroom closet," he said.

Hunter said maintenance came on Saturday and left a bucket to collect what he believes was feces seeping through the ceiling. 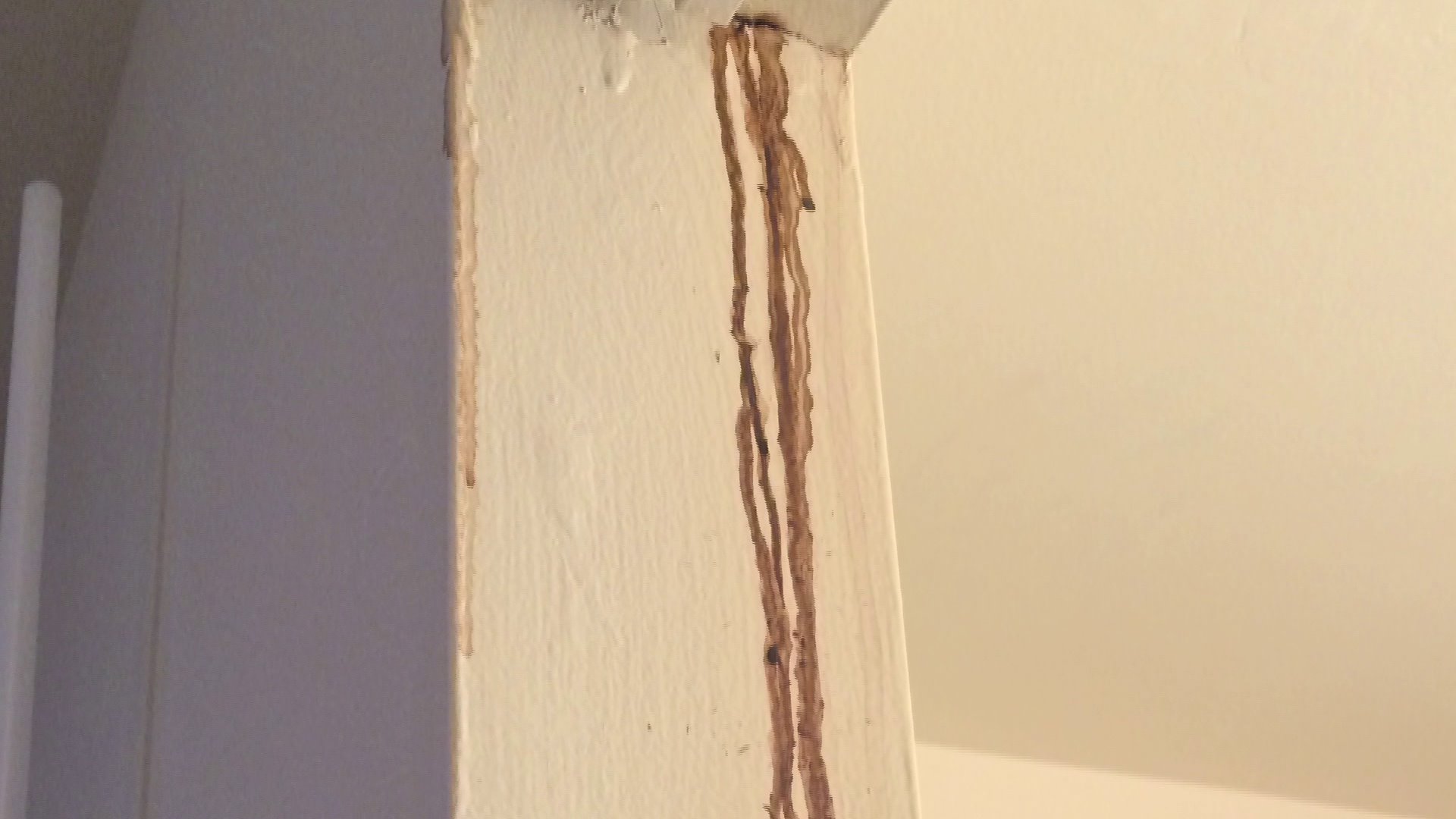 "The sewage water, every time they would flush the toilet it would pour out, so when they did that my pregnant girlfriend asked where am I supposed to sleep and the maintenance man pointed to the bed and said right there," said Haselman.

Hunter said he also took pictures of what he thinks is human waste on his walls. He said maintenance finally painted over the stains and used a stain remover.

"They said they would de-sanitize it, but this bottle of stain killer is their sanitizer," Hunter said, and he doesn't think that was enough. He and his pregnant girlfriend have been staying at friends' houses and he's even slept in his car to avoid the apartment.

"Having feces behind these walls and having feces stains obviously still there, it's not acceptable, especially having a pregnant girl 10 feet away," he said.

WTVR CBS 6 reporter Chelsea Rarrick spoke with an employee at the complex on Thursday afternoon. She was not able to answer questions and referred us to corporate. A voice mail left at the corporate office had not been returned by Friday morning.