CHESTERFIELD COUNTY, Va. -- A nearly 12-hour police operation in Chesterfield County ended peacefully at about 8 a.m. Thursday when officers in the Brentwood neighborhood convinced a man with a gun to come out of his home. The man was experiencing  a mental health issue and had threatened to hurt himself, Chesterfield Police Captain David Shand said.

"They were like 'pull up your shirt to make sure there are no guns. Let me see what's going on,'" witness Vickie Majcen said when she described the final moments of the standoff. "He came out with his hands up and turned around and walked out peacefully."

A neighbor snapped this pic when the man surrendered peacefully. Police say this is the best possible outcome. @CBS6 pic.twitter.com/v44VxDIClU

The heavy police presence in and around the area of Belfield Road and Beulah Road was a safety precaution due to the fact the man in the home had a gun.

"That prompted the tactical response with the SWAT team and negotiators," Captain Shand said. "The police negotiators spent the majority of the night on the phone off and on with the person in question." 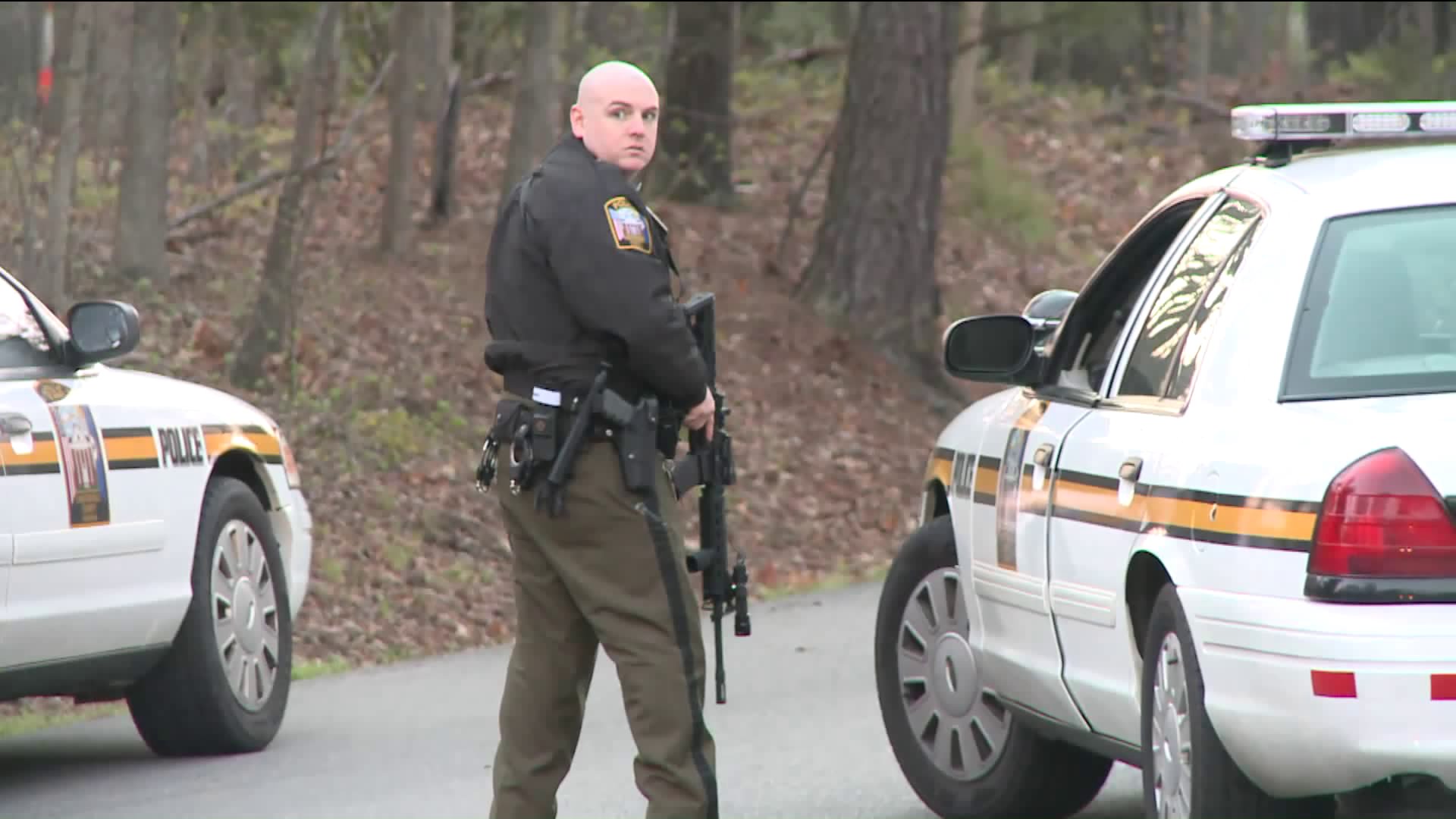 No charges were filed in this case as police said this one not a criminal matter.