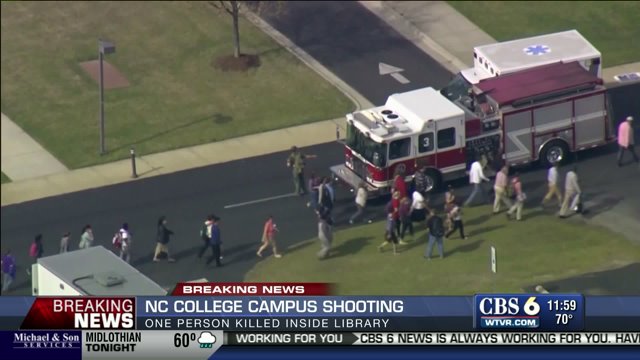 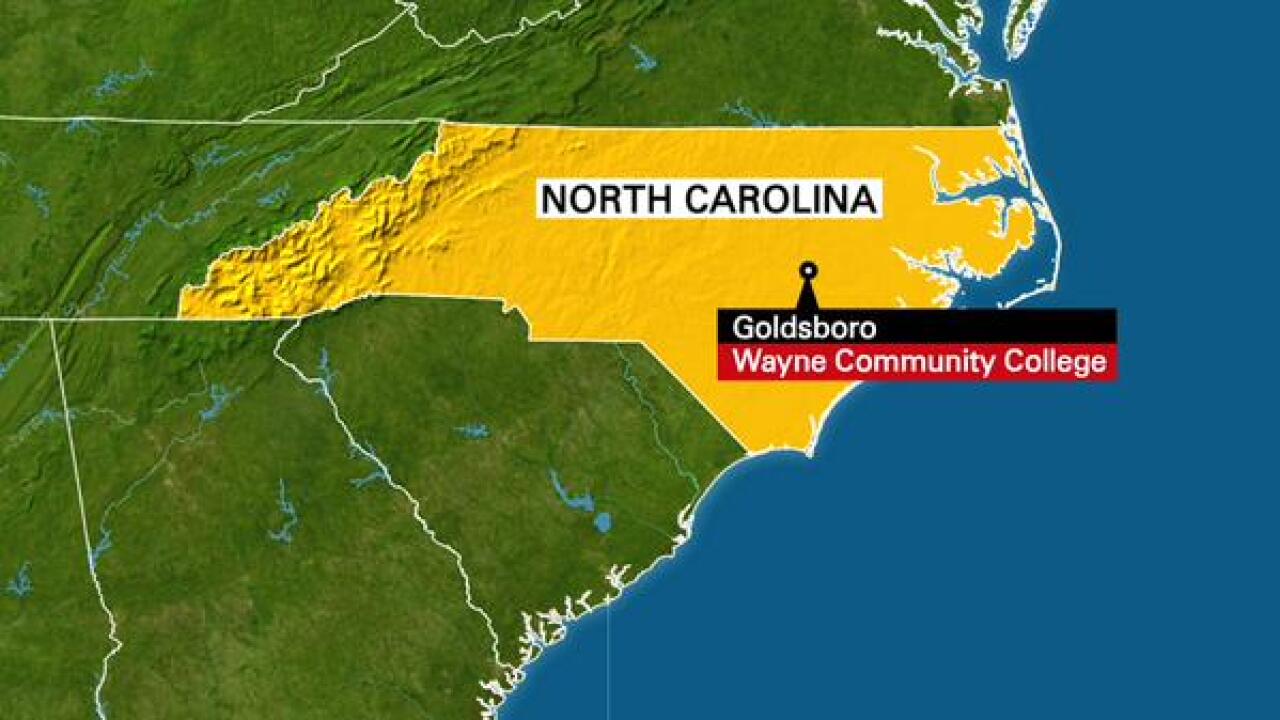 GOLDSBORO, North Carolina --  Wayne Community College in Goldsboro, North Carolina, is on lockdown after one person was shot in the library, said Daniel Wiggins, assistant operations manager for Wayne County.

The victim died, City Manager Scott Stevens said, adding that he does not think there are additional victims.

The shooter is at large, Wiggins said.

Wiggins described the suspect as a bald white male, 5-foot-11, with a tattoo over his left eye and a goatee. He is thought to be wearing a blue jacket and light-colored pants.

Figures from fall of 2013 show the 2-year school with a student population of 3,837, according to the National Center for Education Statistics, with slightly more than half the students part-time.

Crime statistics from the same site show no killings, assaults, robberies or motor vehicle thefts between 2011 and 2013. There were three arrests for illegal weapons possession in 2012 and three in 2013.