Parts of Chesterfield resemble a ‘ghost town’ during power outage

CHESTERFIELD COUNTY, Va. -- At the height of a storm Friday, more than 8,000 people lost power in Chesterfield County alone.

"It's like a giant ghost town," Peter Maldonado who was passing through the area said.

There was nothing more than headlights illuminating one business district just off W. Hundred Rd in Chester.

However as it got darker, some workers inside Friendly's Restaurant had to use their cellphone flashlights to navigate around.

"I'm like this is the most bizarre thing that I've ever seen," Jenifer Maldonado who was also passing through the area said.

It was in an area the mother and son from Raleigh, NC were visiting for one reason--or at least for one specific type ice cream.

"I was excited for the butter crunch," Jenifer said.

Unfortunately the craving had to wait because it was lights out at Friendly's. The same situation across the parking lot, as Wendy's workers rushed to put bags of food away. Meanwhile yards away a sign that read "Sorry Folks, the Power is Out" was posted outside a Cracker Barrel, where Lanice Jones was off work early. She and more than 100 workers and patrons were also left in the dark, due to Friday's storm. 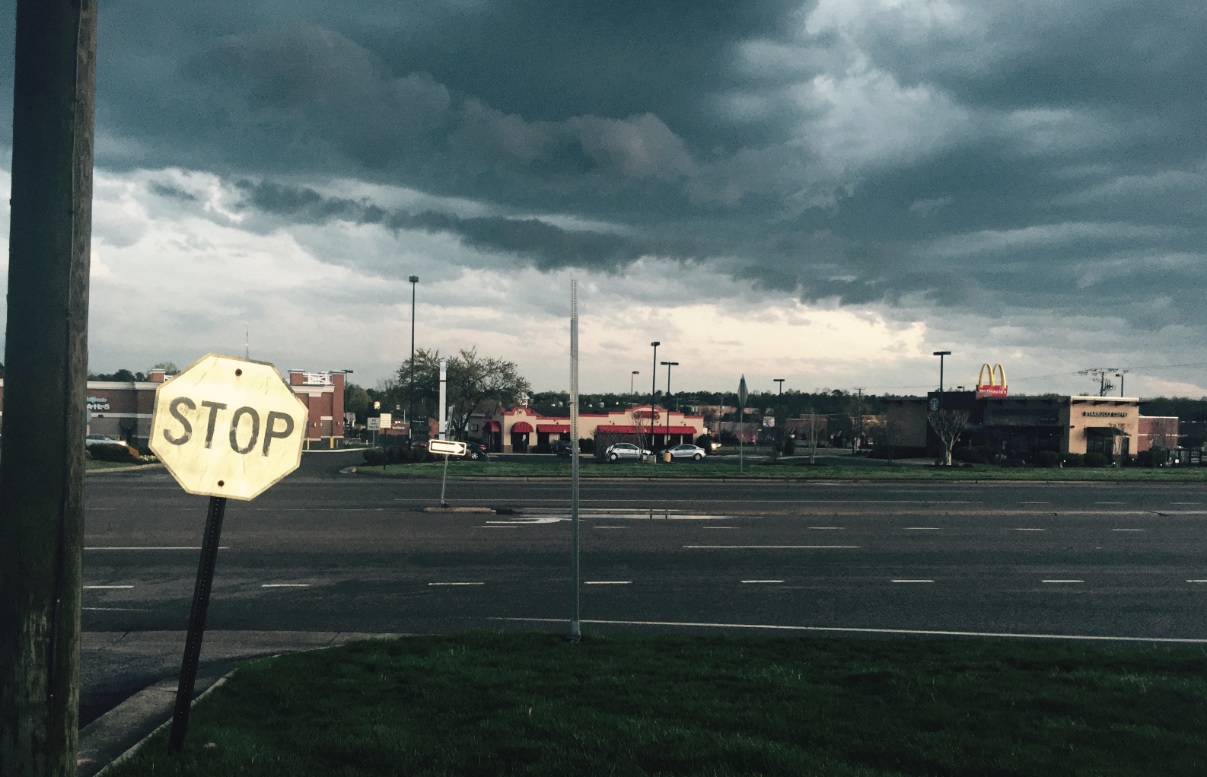 "It was just crazy, because you know we could see it from the window to see when the rain was coming and everything," Jones explained. "And then the lights just went out."

Jones said the power went out suddenly and with little warning.

"It just kind of freaked us out because we weren't expecting it," Jones said.

But, one by one electricity was restored to those businesses hours before lost power.

"I was glad that everybody got out safe and nobody got hurt," Jones said.

Power crews worked around the clock to have electricity restored to those without.